We find ourselves, once again, in the wake of horrendous acts of violence. This time, we’ve had not one, but two, domestic terror attacks within a 24 hour period. In the case of both of these attacks, the reports are that disturbed individuals whose actions were fueled by hatred and xenophobia were the perpetrators. Nothing will bring back those we lost. The families and friends of the victims will have to live with the echoes of this heartbreak for years to come. Grief alone would be an appropriate topic for a mental health article in the wake of this violence. However, the response to the shootings has put two other topics in the spotlight, which as a mental health professional with a unique specialty area, I felt compelled to discuss. Republican politicians are presently placing blame on video games, the culture of people who play them and a mental health crisis.

This is not the first time that video games and mental health issues have been blamed for mass shootings in our country. In fact, one or the other of these variables are frequently the first named after domestic terrorism. I don’t believe that either is actually at the root of these situations, and each deserves an explanation as to why. Let’s start with the “video games are to blame” argument. With more than 166 million adults in the United States alone playing video games, it is a dominant form of entertainment. Professionals, including my peers in the mental health community, have cast a disparaging eye on game playing, presuming that engaging in fantasy violence would likely lead to increased violent behavior in real life. A first concern is that this premise neglects all of the games that aren’t centered around fantasy violence. However, even when studies have explored correlations between engaging in acts of fantasy violence, they are not able to identify a causal relationship with actual violent behaviors. Many studies have, at best, identified a relationship between engaging in or witnessing fantasy violence and feelings of aggression. However, feelings of aggression do not have a 1:1 correlation with violence. This is because violent actions are a behavior, and behavior requires a choice to act. We’ve all experienced strong feelings of one sort or another. However, this likely did not result in any particular behavior, unless we chose to act. Sometimes that choice isn’t completely overt, and at times for some of us it may not take much to step over that threshold. The choice is still always there.

Video games, like any other form of media, are art. Just like any other art, they have the power to get us thinking and illicit strong feelings. Just as we wouldn’t blame a painting, a song or a film for someone’s behaviors, we can’t logically place blame on video games either. I’ve heard some people make the argument that video games have a “hypnotic effect” on the people who play them. I’ve been in the room with people whose eyes glaze over when they begin playing games. I’ve been guilty of the same glazed-over expression while playing games myself. I’ve also seen that same glazed expression on individuals who are deeply engrossed in a good book, are listening to a favorite song or are watching a captivating movie. We experience these trance states any time we are concentrating intensely on something. The comparison to clinical hypnosis is not what’s inappropriate though, as effective hypnosis requires a similar intense focus on the process. What’s in error is that you can’t influence someone during these trance states in any way that is counter to who they are as a person. Clinical hypnosis is effective at helping people to overcome problems because the client wants to overcome those problems, they just need some help. A trained hypnotherapist could help me to get better at exercising through hypnosis if I was seeking that support, but they couldn’t make me shave my goatee because I didn’t have any desire to. In fact, I would likely disengage from the trance state, and be a little irritated with my counselor. Similarly, exposure to violence in media might increase my heart rate or make me experience feelings of aggression in the short term, but it wouldn’t result in me becoming violent or hate-filled if I wasn’t already those things.

As a gamer myself, I can attest to the fact that I, nor anyone else I know who plays games, has ever behaved violently. That’s not to say there aren’t people who may behave violently who play video games. As a huge portion of the population play video games, there’s likely to be some crossover there. However, more often I have had the privilege to hear from people who use games as a method of coping or for purely entertainment purposes. I have heard from gamers who credit the communities that they’ve discovered in gaming to be incredible supports for them. I’ve even heard of great acts of compassion from the Gaming community, like reaching out in real life when they find out an in game friend has fallen ill. The blame levied by politicians on the gaming community and on video games themselves is inappropriate. It also threatens to overshadow any of the gains our gaming community have made as far as removing negative preconceptions.

More often it’s easy to blame what we don’t understand. Video games are in the same boat as mental health concerns in this case. There is stigma attached to both. Just as many people who aren’t gamers don’t understand video games, many people who haven’t directly experienced, or don’t consider mental health concerns important, don’t understand mental health needs. This lack of understanding makes it extremely easy to deflect and place blame. Deflection is a common defense mechanism; it essentially allows us to lie to ourselves about something that we don’t want to be true so that we don’t have to be uncomfortable. This happens in smaller forms when we tell ourselves that we don’t need to look in our bank account because we don’t want to see that we’re low on funds, or when we do poorly on an exam and blame a teacher. It happens in a larger scale when we convince other people about those things we don’t want to acknowledge and change their understanding of what’s actually going on.

One of the worst outcomes of this blaming is that the vast majority of individuals who struggle with mental health concerns are not violent at all. So, this grossly inaccurate characterization is unearthing a very stigmatized view of those who struggle with mental health needs. Stigma has long been one of the biggest hindrances for individuals who would benefit from some additional support coming in for service. So, not only is the insinuation that mass shootings are the result of a mental health crisis a clear show of ignorance, it’s also dangerous as some of those who may benefit from support will avoid it because they don’t want to be labeled as dangerous. Assertions that mental health is at the root of domestic terrorism incidents won’t reduce the risk of violent behavior, but it will put people at risk of suffering without help.

However, to conclude, since politicians are suggesting that the mental health system needs attention, I’m open to the topic. A network of different sources including private insurances and state and federal dollars funds the American mental health system. Many necessary programs are subsidized by government funds, but these dollars don’t come directly from the government into the accounts of the agencies or providers. In a very simplified explanation, federal funds find their way into state budgets, the state budgets divvy these out to managed care agencies and these then gate keep the funds through contract with state and local agencies. Everyone has their hands in the pot, and when moneys finally trickle down to the actual provider and consumer they can be limited if they even make it at all. Over the year, just because I’ve learned that funds are approved it doesn’t mean that providers have access to them or consumers can utilize them. Funds are earmarked for very specific purposes, and specific credentials are identified to be able to utilize them. If a provider’s license or credentials don’t exactly match what is being required by the government to provide the service, then they can’t provide the service. A specific and current example of how this process gets stuck in roadblocks is with Medicare funding. The Medicare policies haven’t been updated since the late 80’s, when some mental health licenses were relatively new or didn’t yet exist. As a Licensed Professional Counselor (LPC), for example, I can’t provide service to Medicare beneficiaries because my license isn’t recognized yet, even though I have as much training as providers who can. Yes, the mental health system could use some attention, though it’s not related to acts of violence or domestic terrorism. Though, with so many politicians saying that there is a mental health need, then I suggest they actually do something about it.

Share
or  Copy Link
Link copied to clipboard.
Be first
414 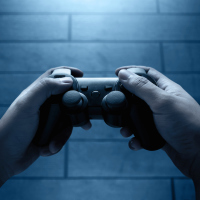