I Wouldn't Change My Daughter With Down Syndrome If I Could

The parents went on to say how blessed they were to have their child with Down syndrome, all of the lessons it had taught them and how people who didn’t have kids with Down syndrome simply couldn’t understand the immense blessing they had been given.  They all said, “If I could go back and find a way for my child to not have Down syndrome, I wouldn’t.”

I read that article and thought to myself, “Well… those parents are either deluded or they’re lying.” And I went about my day and never thought about it again.

Until I had Alice.

But what most people don’t understand is that children with Down syndrome are a blessing beyond our wildest dreams. I didn’t understand that before having Alice. I get it now.

The biggest lesson I’ve learned since having Alice is that she’s just like every other kid. She does everything Lucy did at her age. When Alice was born, the doctors told me she’d do everything Lucy did, but it would be later.  But guess what? She’s done everything (cooing, smiling, tracking eye movements, kicking, holding toys and even rolling over) exactly when Lucy did. And she’s “talking” (making sounds infants make) even earlier than Lucy did. So how’s that for “delayed”?

Beyond her incredible development and hitting every milestone right on time, Alice has brought a joy to our lives that we never knew existed. She’s the happiest baby I’ve ever met. She rarely cries. She absolutely loves everyone. She radiates love, truly.

And beyond that, Alice has made us so much more aware of the world around us. I see people in a different light now. I notice people with disabilities all the time. I have so much more compassion for people different than myself.

Things don’t always go as expected. Life isn’t always happy. But learning to roll with the punches and letting God lead your life… there’s nothing like that. I wouldn’t have learned that without Alice. 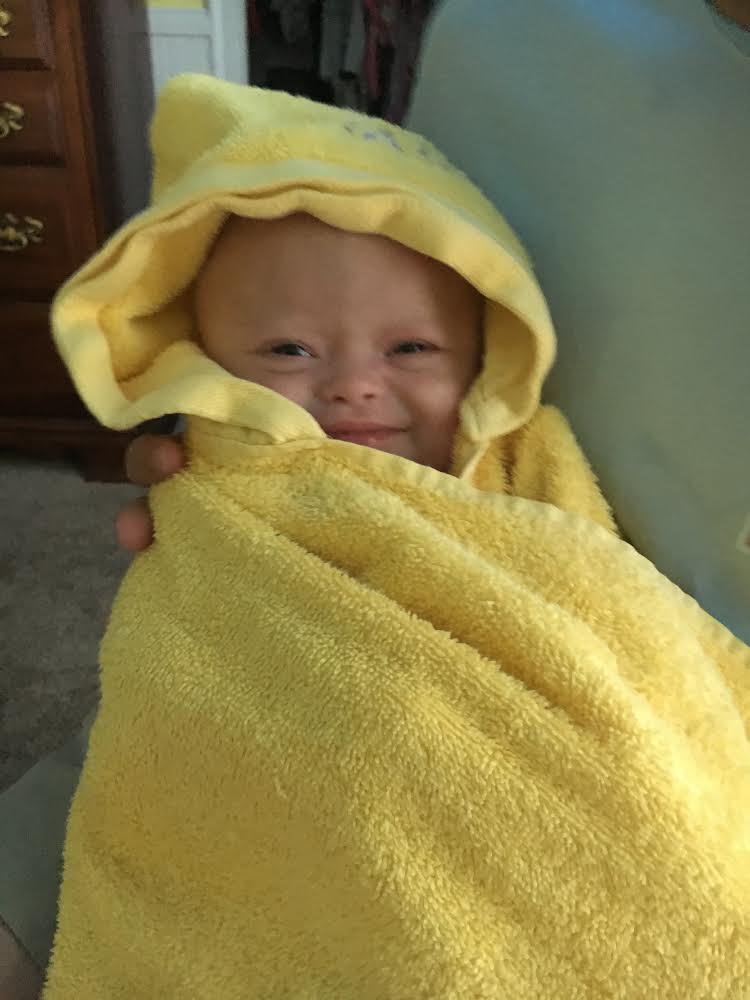 When Alice was first born and I started reaching out to other people who had children with Down syndrome, so many people said the same thing. “Congratulations! It’s going to be awesome. Welcome to the best, most amazing club you never knew you wanted to be in.”

Just like the parents from the article I read years ago said, I wouldn’t change Alice even if I could.  I’d take her again and again and again exactly as she is. I truly feel that God chose Tim and I for this journey, and we are so excited about that!

I’ve met so many people with Down syndrome since Alice was born. Some are a month old and some are 60 years old. And I’ve come to the conclusion that they are among the most joy-filled people in the world. They have so much to teach the rest of us. Some people may wrongly think of it as a curse, but it’s been just the opposite for us. Alice is our greatest blessing — just as she is.

Share
or  Copy Link
Link copied to clipboard.
Be first
280