When I Stopped Believing Negative Predictions About My Son With Autism

After my son’s diagnosis, our life changed in many ways. Visits to friends went down and trips to doctors and therapies shot up. The more we met various therapists, the more we learned how complex the process of a child’s development can be. We now had a fancy word for everything our son did – sensory, proprioceptive, PICA, stimming, body mapping, crossing the midline, hand-eye coordination, and so many more that we never knew existed or hardly used in our daily language. We were now privy to a jargon that was going to describe most of our son’s skill set. We were also told what our son might not be able to do or would have trouble doing because he had missed a certain milestone or lacked a certain motor skill.

By the time our son was 6 or 7, we had a list of things we did not expect him to do, not because he indicated he could not do them, but because every doctor and therapist we had met told us so and we were sold. Every evaluation we got from therapists, every IEP meeting, every quarterly school report was only about things he failed at or would fail at and things we needed to work on. We were conditioned to believe everything we were told by these professionals, and slowly but surely stopped believing in our son bit by bit.

Based on these assumptions of his inability, his life was more or less charted out for him – a life of dependency. It was not that we did not try new things with him, but we would give up easily because we could justify why our son was not making progress by putting together a few bits of jargon we had collected over time and getting it validated with one of the professionals that were providing support to him.

As expected, after a few years, multiple trainers and different combinations of adaptive programs, private classes and facilities, we almost decided that swimming was something our son would have to keep on the back burner. However, we also knew that water was where he found happiness, so we had to ensure he was safe even if he couldn’t swim. We were working with an excellent swimming coach and our son had made some progress but not enough for us to say that he could swim. So finally, we decided to focus on water safety — learning to float, somehow reach the edge of the pool and cry for help.

Two classes into this readjusted goal, as I watched him splash in the pool, he suddenly leaped towards the deep end and began swimming! That quarter-lap of joy will forever be etched in my memory. I was shrieking, cheering and crying all at the same time. My son just proved all of us wrong and I could not have been happier! While my “trained mind” thought about all the roadblocks – sensory overload, inability to follow instructions, weak core muscles, low muscle tone and many many more, my son thought about how to knock these roadblocks off and defy the odds. While he learned to swim, he taught me to believe.

Last year a friend gifted my son a scooter. We tried to teach him to ride it and gave up because we realized it was too confusing for him to drag one foot but keep the other stationery on the scooter. The hand-eye-foot coordination it involved seemed too complicated for him. Although it seemed like something he would enjoy, he did not seem to get it, so we stopped trying. Then came Grandma, who was visiting from India for the summer. She was still untouched by all the terminologies and though processes that affected our ability to believe in our son the way we should. She insisted he give the scooter another shot. Less than a week later, my son was zooming on his scooter and we were on our way to the store to get a better and bigger one! Today, the scooter is his favorite activity outside of water.

Sometimes our potential is limited not by what we can do but by what we think we can do. I have always believed in my son, I advocate for that and I thought I was believing in him enough. For things I thought he could not do, I blamed his limitations, the things I was told would always be a struggle for him. The visits to doctors, therapists and other professionals had conditioned my brain a certain way. It’s good to know what my son’s challenges are, but it’s unfair to him to think he cannot overcome them if he tries. Even if he cannot overcome every single one of his challenges, he deserves an opportunity and our faith in him.

My son might not climb mountains, turn into a motivational speaker, become a basketball superstar or hold concerts, but he is doing amazing things in his own way. And who knows, one day he might just climb that mountain too. I just have to not stop believing in him — ever. It’s a promise!

What do you want medical professionals who expect little from your child with a disability to know? 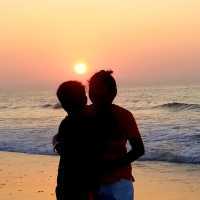