It is part of the human condition to allow our perception of others’ perceptions to weigh in on how we present our mental health issues. That is a statement with a lot of weight to unpack. This is because when dealing with how the outside world perceives our disorders, we often work completely internally without actual, real-world participation from people outside of our assumptions on how they may act if they were providing input (positive or negative).

We assume how others would react, and often base our decisions on keeping things to ourselves versus acting on our mental health issues. This internal monologue (which turns into a dialogue) is “our perception of others’ perception.”

For example, my obsessive-compulsive disorder (OCD) makes me want to keep returning things I’ve purchased because they are not “perfect and right.” Shirts feel a fraction of an inch too short. Pants just don’t feel like a 38 for some reason. This is my “things must be the same and I will do anything to make that happen” OCD. But I often think to myself — without anyone weighing in with their opinions — that others close to me will think I am wasting a lot of energy sending clothes back because they are no more than an inch wrong.

I take into account how others may think — before I even present an action for them to be able to have a thought on the matter!

It is not easy to try to ignore or “let be” that which others think about our mental health issues that we present as a compulsion. People are often more dismissive than is healthy in this regard, and the best practice — while very difficult — is to perform some form of ignoring such dismissive opinion. To put in a way all of us would find comical, but for summary’s sake: “People think we’re ‘crazy,’ don’t let them affect you!” Comical, because of the massive weight of effort this takes.

However, that is assuming we’ve presented our compulsions, actions or just outwardly communicated our mental health issues. Before we even get to that point, we often build a narrative — a fable — about how we think others will think.

And we often act on that. We often act on that by not taking action. We’ve caught what would be embarrassing to act on, and we don’t. In this situation, we’re being dismissive internally of our mental health issues. We are censoring ourselves because of the way we think — and often “know” — we will be thought of. We silence ourselves for the sake of not having to do the work of ignoring the dismissiveness of others.

The problem here is that inside of our minds, we are king. We can ignore others more easily than ourselves. And thus, we find ourselves dismissing our mental health issues because keeping things inside our brains is essentially easier.

However, because we are king, we think of our opinion in a much stronger sense. No matter how good of a handle you have on your mental state, issues and/or disorders — you always know you know yourself better than others. Therefore, to dismiss your issues before even presenting them to the world is a much stronger dismissal than you’d ever get from the world outside of your brain.

What is the key here? Well, it is not that you should always present your mental health issues to the outside world, to those around you. You can keep things internal, and that is OK. But what you need to make sure of is while keeping things to yourself, you are not taking on the voice of others, and skewing your vision of your health through the words you think others would give.

Keep yourself in your shoes, do not put on the virtual shoes of others when judging yourself. You can judge yourself, but make sure you are doing so from your voice alone.

Most importantly, make sure the loudest voice in your head … is your own, alone. 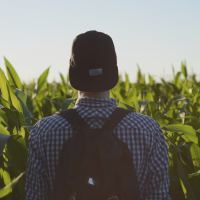