Explained and Debunked: ADHD Clutter Boxes, and How They Could Actually Be Your New Best Friend

I’ve written about these babies how many times? There are only so many times you can write about something in passing before you realize, “Wait, I need to break this down completely.”

“I don’t know where to put that measuring tape. Just put it in that box (read: ADHD clutter box) and I’ll figure it out later.”

If you have ADHD, there’s a really good chance you have one (or four) of these around your place, sometimes in multiple places and rooms. It’s not a bad thing or something you should be ashamed of, rather, it’s one of those ADHD things that we don’t realize is a potential ADHD thing until someone else points it out.

ADHD clutter boxes, drawers, containers, you name it, are typically used and unintentionally created when you’re cleaning your apartment or home and you don’t know where to put something, so you put it in a specific area planning to figure it out later (and you never quite do). You can find everything from spare car keys, to markers, COVID-19 vaccine cards, Polaroids, and even a crisp two-dollar bill in one of mine. 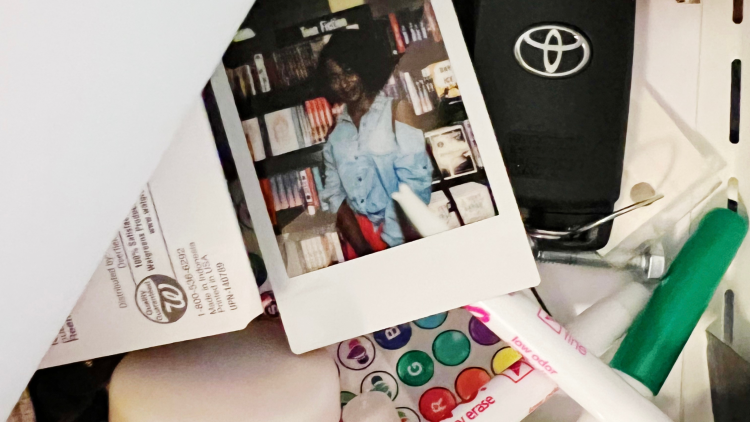 I know it’s easy for some people to feel ashamed of these spaces. Guests and family members may see them as disorganized piles of clutter, rather than a specific place for non-specific things so they don’t live on your countertops. That being said, you really shouldn’t be. It shows that you’re trying to tidy up, which is commendable in itself, and at the end of the day nothing is “lost.” Somehow, whenever something goes “missing,” I know I can check my clutter box and more or less find whatever I need. Usually. When I don’t, it’s a problem.

The only negative part of an ADHD clutter box is when you do forget about the contents of it. Object permanence is a huge part of ADHD for some people, so it’s easy to completely forget about things there simply because you don’t actually see them.

You win some, you lose some, I guess.

Having your own clutter box can be an unintentional part of living with ADHD, but you can actually use them intentionally to either better your space or help you with different tasks. Don’t believe me?

1. You can use ADHD clutter boxes for moving.

When you’re moving, having designated ADHD clutter boxes in different areas can help you clear through the space quickly. You’ll still have to technically organize it all later, but it helps the initial clean-out process go a lot faster.

2. Use a clutter box to pack for vacation.

You can use a clutter box in a very similar way to the above, except make the suitcase your clutter box and ultimately throw things that you may not need now, but you’ll use on vacation there over time so you don’t forget.

Whenever you think of something random that you have to do (that isn’t super time-sensitive), just put it down on a piece of paper and throw it into a designated clutter box. That way whenever you feel like you’re forgetting to do something, you can literally just check the box and see what’s in it. I do this and it helps! Although to be fair sometimes I still decide not to do it, but at least I can say it didn’t get done due to free will and not a lapse in memory.

Clutter boxes are for sure one of those “things” that we didn’t know were “things” until other people started talking about them. There’s no shame in an ADHD clutter box. I love them, actually, but I had to learn to love them.

Hopefully, you can do the same!