When we first heard the A-word (autism), thousands of questions went running through my mind like a runaway freight train. One question chasing the next and the next and the next, until they all sort of crashed at the end of the tracks in a heap of a mess that was my terrified brain. All of those questions in that mangled up heap began with the words, “Will he…?” 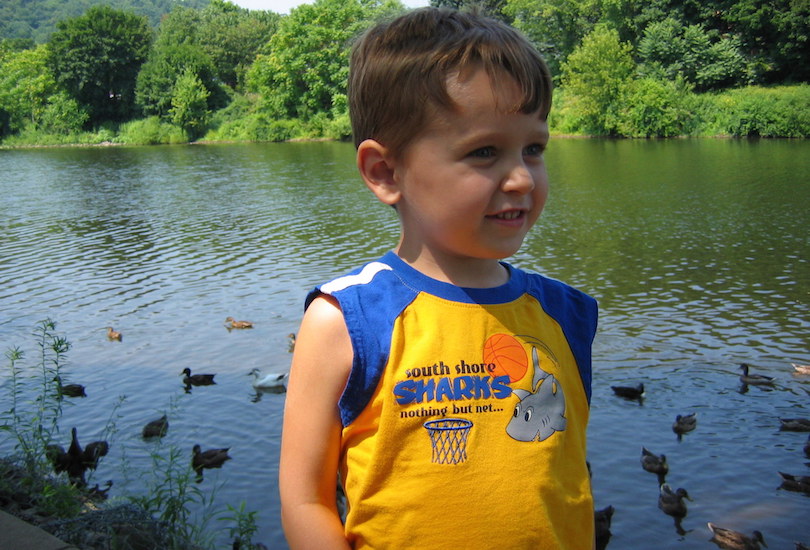 That runaway freight train in my brain raced down the tracks 10 years ago, and although it still sometime goes off the tracks, most of the time, it stays on a slow and steady course. Today, I still do not have all the answers to my questions about tomorrow. Does anyone? Although I may not have the answers, what I do have are signs. Signs of progress, signs of independence and signs of maturity. Signs that no longer have me obsessively wringing my hands silently wondering, “Will he?” but have me cheering out loud, “He will!”

Ryan has removed so much doubt and answered some of my questions, which has enabled me to confidently shout, “He will!” time and time again. For example, I have no doubt my son knows, without question, that he is loved and he undoubtedly, without question, loves back. As for the “Will he ever have friends?” worry, Ryan has two close friends who accept him for being exactly who he is. Does anyone really need more? Ryan has been mainstreamed in school since kindergarten. Sure, there have been bumps along the way, but thanks to amazing teachers and Ryan’s persistence to succeed, he has answered that question for me as well. The whole married with children thing, well, I don’t even go there… too much. It’s too far in the future since Ryan is only 14, and girls are just starting to show up on his radar. (Yes, I live in denial, and I’m totally fine with those girls remaining tiny blips on his radar screen for many more years.)

The biggest question, the one that keeps mothers of children with different abilities up at night, is the “Will he ever leave the nest… without me?” question. As for Ryan, I know he will, as soon as he figures out how much Tide goes in the washing machine and he can wash his own Hollister shirts. Yep, when that happens, my little bird will fly so far away that I hope he remembers how to fly back, at least for the holidays.

I have wondered and worried for years about my little bird, and I am just as certain that one day Ryan will fly the nest as I am his neurotypical brother and sister. Autism may makes things challenging outside the nest, but in many ways, my bird could fly out of our family’s nest today and succeed, and here’s how I know:

1. Ryan use to cry when I left him in a strange new place that was out of his comfort zone. Now I cry when he leaves me and goes into a strange new place outside of his comfort zone. The hugs I use to give him, the squeeze-y tights I use to give in order to reassure him that even though the world is confusing, he can maneuver just fine without me, have now turned into an obligatory hug from him letting me know he will be OK out there in that big, bad world. I know he will find his way.

2. Ryan use to always spend his time under the sliding board at preschool, alone. His days at recess in elementary school were often spent sitting on a bench waiting for recess to end so the routine of the classroom could begin again. Afraid to reach out to the other children because he didn’t understand how to play, he didn’t recognize their body language or facial expressions, so it was always easier for Ryan to be alone. Ryan still struggles with all of those things, but last week, he decided that perhaps messing up was worth the risk as he momentarily left the nest and trick-or-treated with other birds, not mama bird. Taking that risk lead to even more confidence, a wonderful experience he had never had before and an exclamation of “I never want this night to end.” He will have more nights like this.

3. Ryan use to berate me for not cooking his Velveeta Shells and Cheese long enough, for not using a colander to drain the pasta just so and for not putting the exact right amount of cheese sauce on the shells (never, ever use the entire bag). Now Ryan cooks his own shells and cheese, so my days of shells and cheese failure are almost behind me. I know one day he will be able to cook and fend for himself without me.

4. Ryan use to need me for everything, especially when it came to school. He has such a perfectionist nature that he fears failing at anything. I always had to reassure him that his work was correct, that his test would be easy, that he would succeed. Now he loves being independent. He loves being smarter than me. And he loves that he’s having success on his own. He will head off to NYU to become a computer coder, leaving mama bird in that tiny little nest eating scraps since I will be able to afford nothing else. (Feel free to make donations.) Later, mama bird.

5. Ryan use to have such extreme fears that leaving him on his own would’ve never been an option. The chance of a thunderstorm happening if we were out would’ve sent him running to the basement, freaking out in a corner and waiting for us to return home. Now, if I’m out and a storm passes through, I will call and check in and he tells me, “I’m just fine, Mother,” with an aggravated tone since he needed to step away from the TV, laptop, etc. I know he will live on his own and chances are be happier than ever without nagging mama bird.

6. Ryan use to have a visual schedule to follow to help him remember what to do and what happens next. These schedules provided Ryan a sense of security so he wouldn’t miss a step. Now Ryan remembers what’s next on his own, and if he forgets, he becomes frustrated, but he quickly recovers, making note of what needs to change so it doesn’t happen again. I know he will never pay a bill late or forget to pay his taxes.

7. When Ryan was younger, he would sometimes stumble out of the nest, going because he knew it was expected, he knew it was what he was suppose to do. Now, when Ryan takes off, he no longer stumbles — he soars with a grace and confidence I feared I would never see. He no longer feels like he has to go. He wants to go, and although it will be sad to watch him spread his wings and fly, oh how he’s earned it.

Autism or no autism, no mama bird knows what the future holds for their babies. As much as we want to hold on and keep them in the nest where we know they’ll be safe, we have to do everything we can to let them go and be ever so grateful they can. All we can do as we watch them soar from the nest is remind them that they will always have a safe place to land, and shout as they spread their wings and take off, “You will!“ 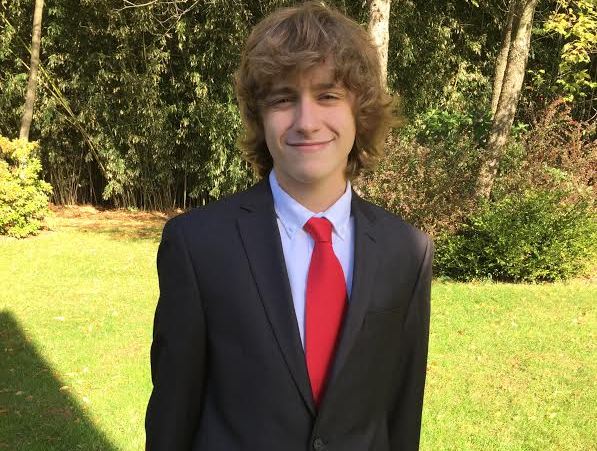