Being a parent to a child with autism comes with its own special set of challenges, one of them being keeping your kid fed. Children on the spectrum can have some seemingly peculiar eating habits, so we at The Mighty asked our readers what unusual, outrageous and funny food requests they’ve received from their kids.

With autism, ritual is important, so for these parents, no food request is too difficult, too strange or even too gross to make a reality. They’ll do whatever it takes to keep their kids happy and healthy.

1. “When my son was little and eating junior baby food they changed the style of the jar. I had take the meal out of the new jar and and put it in an old jar or he would not eat it!” — Lori Stuart Francis

2. “Ketchup on everything. Including his peanut butter and jelly sandwich.” — Myndie O’Hare 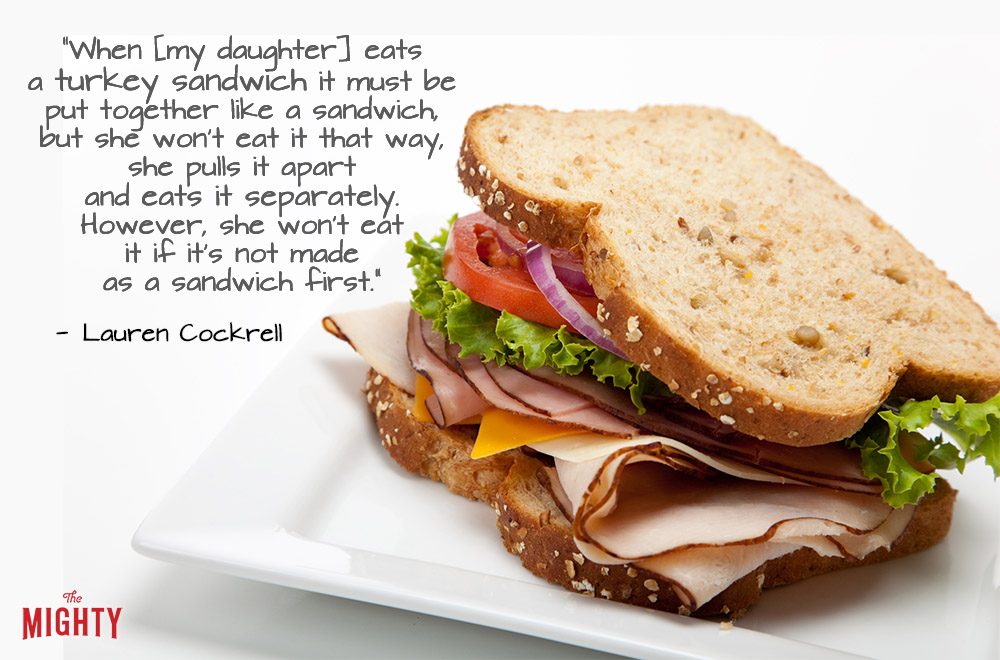 5. “My son just likes to put Sriracha on everything. Cereal, pasta, yogurt, you name it.” — Shelley Friesland

7. “My son loves chicken nuggets, and he eats a 20-piece. One time they only put 19 in the box. Needless to say, this did not go well.” — Tonya Warren

9. “My son made a graham cracker cheddar cheese s’more… and ate it!” — Jodie Tompkins 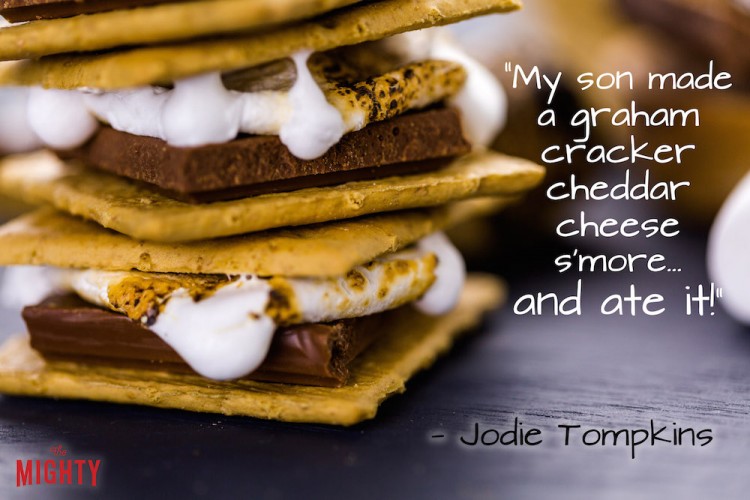 10. “My son is now 10, but because I introduced him only to healthy food to start with, that’s all he continued to want for years after. So, we would go to the mall and get something like, say, KFC with the family, and my son would order a bowl of green peas. Everyone always stared at us in horror, like we were punishing him. I had to keep offering him chicken loudly so they knew we weren’t withholding it!” — AJ Madams

12. “My son only eats tan, room temperature crunchy items — chips, crackers, etc. If two crackers are stuck together he won’t touch it because ‘it’s broken.’ Been on this ‘diet’ for the last two years and still going strong! Somehow he keeps growing and he’s of a healthy weight.” — Jami Leavell 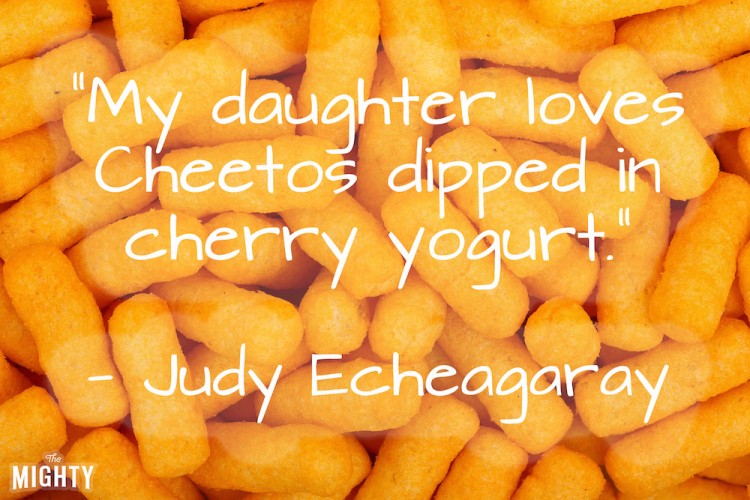 14. “A butter shake: a whole stick of butter and milk and ice.” — Ililani Foree

15. “Food may only be served in either a ‘Lightning McQueen’ bowl or plate.“ 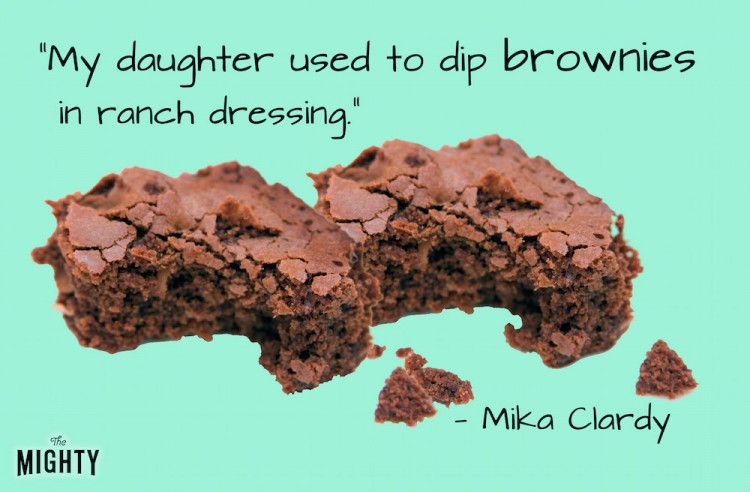 18. “My son is now 21, but still every Friday he has to have a pineapple pizza. It doesn’t matter where we are in the world, he has to have it. When he was younger it was a cause of great distress if we couldn’t find anyone to make one whilst on holiday. I have even taken to buying tins of pineapple and asking pizza shops just to make a plain pizza and add my pineapple to it.” — Jane Parker

19. “My son will not eat broken crackers. I eat them. I read somewhere those ones have zero calories… really, he’s helping me out.” — Kirstin Aitken 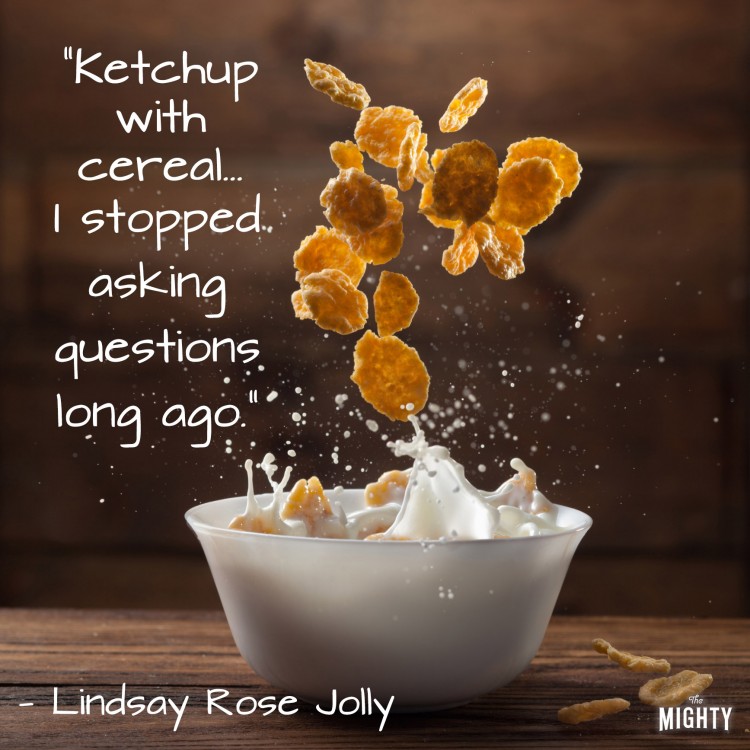 21. “I made my son a sandwich with turkey, cheese and lettuce. He took it apart, put it in the ‘correct’ order and then ate it.” — Betsy Burnish Gibides

22. “Mine would only eat eggs if they were dyed green. Whatever it takes, I guess!” — Katherine McBrair

23. “Everything has to be mushy. He won’t eat anything that’s in chunks or pieces. So everything he eats takes a trip through the food processor. The only exception to this rule is French fries. Those are fine as is.” — Cindy Webb

24. “My son was obsessed with salt. He would attack and steal the salt shakers, dumping them out on the counter and eating the salt. We used to have to hide them. Glad that has passed.” — Karen Cleghorn

25. “[My child] loves Reese’s peanut butter cup cereal, but you have to put milk in, let it soak, then take the milk out.” — Jeanine Spano 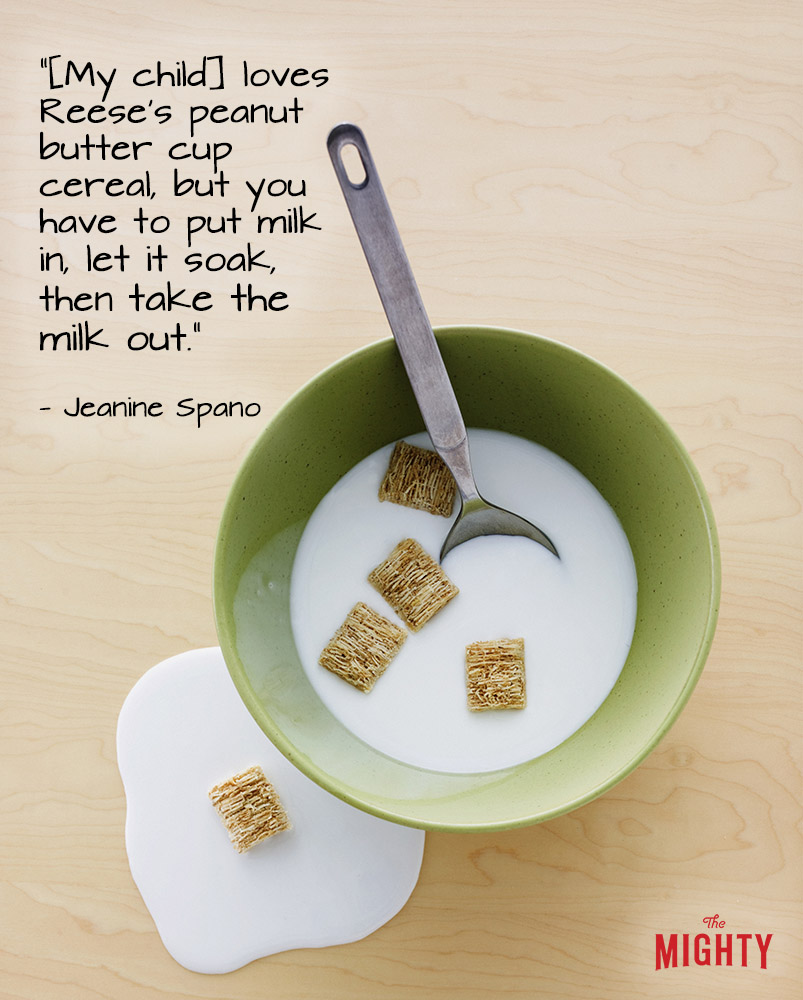 26. “All bread items were to be dunked in water before he consumed them.” — Trudy Leal

29. “Ice cream cones… just the cone, no ice cream! I think it’s the cold because she also doesn’t like ice in her drinks.” — Aimee Lackey

30. “My son orders his burgers like this: ‘I want a plain burger, just bun, burger, bun, with nothing on it. Bun. Burger. Bun.’ I love that. Also, his school lunch is always what we call ‘meat in a bag.’ Ham in a bag with bread in a separate bag, and he eats them separately… [He] says ‘I’m just not a sandwich kind of guy,’ as his answer to anyone who questions him.” — Lauren Swick Jordan 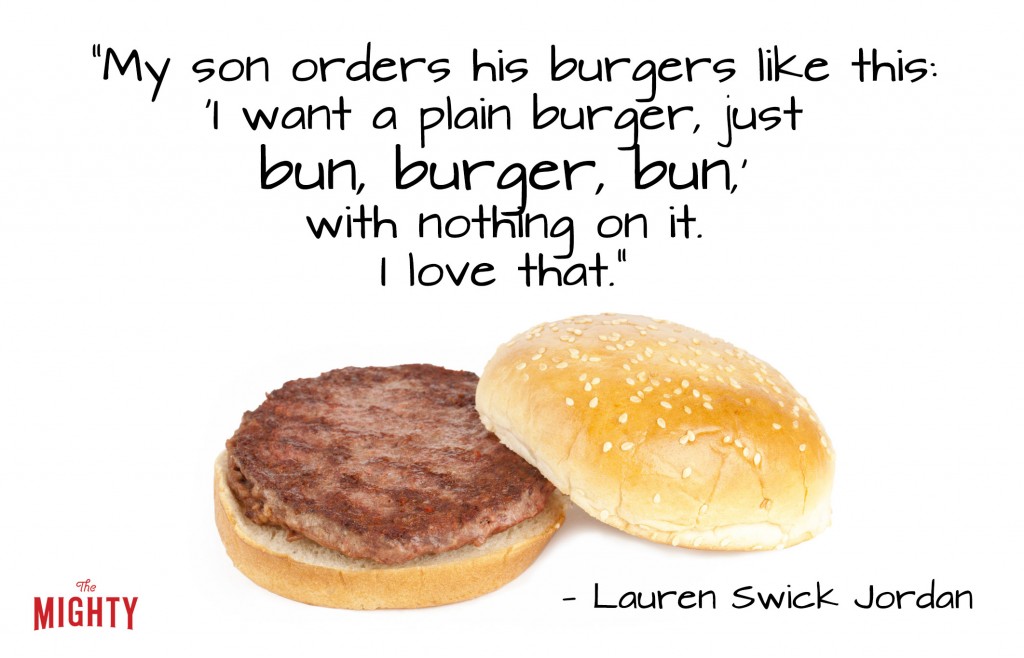 Does your kid make elaborate and funny food requests? What are the best ones? Let us know in the comments below!

Save
Conversations 153
We use cookies and related technologies to help identify you and your devices, enhance your experience and conduct advertising and analysis. By choosing "Accept", or by using this site, you are agreeing to our use of cookies. You can read more about how The Mighty uses cookies in our Cookie Notice.
Manage Choices
Accept