EMTs, firefighters and police officers all have something in common. When crisis arrives and everyone’s running away from it, they’re the ones running towards it. They’re the first on the scene to help, to rescue and to serve. In my world, the term “first responders” means something a little different.

Spring has sprung, and the weather is getting warm again. I can’t help but think about summer. I can’t help but think about the little girl named “Jade.” Last summer we were living in an apartment with a community pool. We would venture out early to avoid the extreme heat, the crowds and to be honest, yes, to avoid the stares. One time a gentleman (term used loosely here), after looking at my son, motioned to his wife that circular motion between his ear and head. You know, the one people use to indicate someone’s “crazy.” Yeah, that happened. People aren’t always kind. That day, as we walked back towards the apartment, I contemplated all the things I could’ve and should’ve said. And I may have possibly considered running him over with my Prius. OK, maybe not run over but at least tap him with my front bumper (That’ll teach him!) But instead of doing any of that, I went home and I cried, and then I cried some more. I avoided the pool after that as much as I could. My son stims… and he stims a lot. Finger-flicking, hand-flapping and squealing. Behavior that makes him appear “weird” to some people. Kids never initiate play with him, and typically when one has, as soon as they realize he’s different, they walk away. They always walk away.

Except this one time… 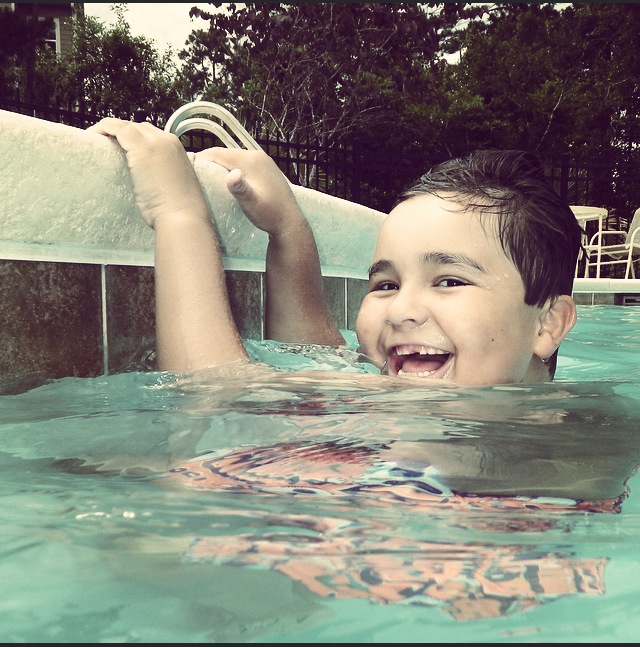 I was sitting by the pool watching my son splashing and squealing, doing his stimmy thing, happy as a clam.  In walks “Jade,” somewhere between 7-8 years old, blond hair, freckles across her nose, all 50 pounds of her, if that. She spots him by himself and proceeds to initiate play. She talks, asks him questions and as usual, he doesn’t respond. About this time, I fully expect her to walk away, just like all the others had before her, but she doesn’t. She doesn’t walk away. Instead, she looks at me and asks, “Does he talk?” I respond, “No, he does not.” She asks, “Does he have autism?” I’m not going to lie here, the question stunned me a little. I wasn’t entirely sure how to explain autism to a girl so young. Either way, my response was short and simple, “Yes, he does.”  She turns around and changes her approach with him. Instead of asking him questions, she starts telling him what to do. “Here, get on the float, I’ll pull you,” “I’ll throw the ball, and you catch, OK?” Whoa! Was I really seeing what I was seeing? Was my son playing? Did my son finally have a friend? For about 20 minutes, until the little girl had to go, I got to watch two kids laughing and playing together, and for the first time ever, one of them was mine. Thank God I had sunglasses on because I was a mess. A blubbery, emotional mess at what I’d just witnessed.

Had I not ventured back to the pool because I was too scared to have another encounter like the one with the “gentleman,” I would’ve missed out on two of the remarkable things. The first one was this: in about 20 minutes, the little girl named Jade gave me something I’d waited six years to see. My son, mine, play with a friend! And the second thing I witnessed, well that was as equally remarkable: That warm summer day, I got to see a first responder being born. And that, my friends, is something you never forget. 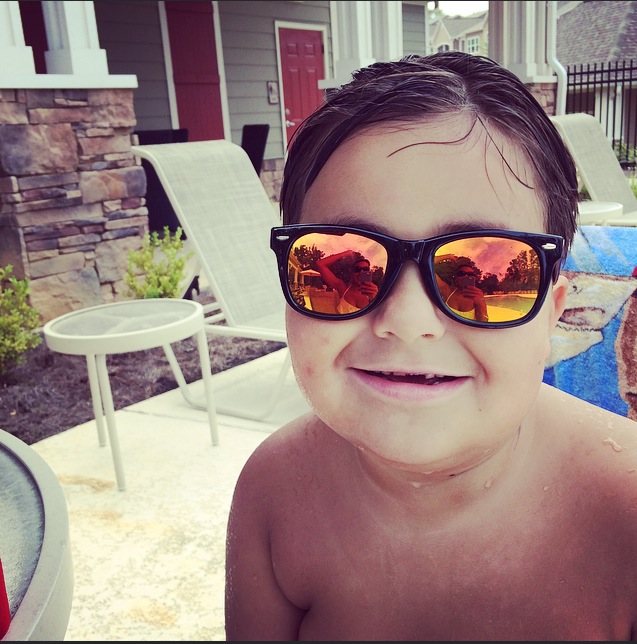 April Shaw is a 39-year-old single mother. She has one daughter who is 20 years old and in college. Her son, who will be 7 years old next month, was diagnosed with classic Autism two days after his second birthday. He is classified as non-verbal (he can speak some, but minimally) and uses an iPad for most of his communication. He attends a school for children with autism. We live in Mobile, Alabama.

Save
Conversations 407
We use cookies and related technologies to help identify you and your devices, enhance your experience and conduct advertising and analysis. By choosing "Accept", or by using this site, you are agreeing to our use of cookies. You can read more about how The Mighty uses cookies in our Cookie Notice.
Manage Choices
Accept