My daughter was diagnosed with autism spectrum disorder last year, just before she turned 7. We were prompted to seek out testing by her first grade teacher. She shared with us Juniper was smart and funny, and had many friends, but she had a terrible time staying focused and on task. She explained June sat down to write spelling words at an empty table, with just a piece of lined paper and a pencil. She had on noise-cancelling headphones and a paraprofessional sitting next to her. With all of those tools, it still took her 45 minutes to write eight spelling words — and she had to have reminders to stay focused every few seconds.

I could not wrap my brain around that. How could she have zero stimuli, a paraprofessional sitting right next to her, and still not be able to stay focused on just one task?

I started observing her more closely. I began to notice that during a task — any task — she became distracted by almost everything around her: the slightly crooked tine on her fork, the fuzz floating through the air, the way the fish were swimming in the bowl, the random piece of paper on the table. I was constantly reminding her, “finish your breakfast,” “get your coat on,” “please go put that away,” “put your clothes away,” over and over. I think some mornings, I ask her to eat her breakfast five or six times in the course of 10 minutes.

Yet during other activities, she’s deeply focused, almost to the point where she is unable to direct her attention to anything else. Painting and playing dolls are two things she becomes deeply entrenched in, sometimes dissolving into herself so fully that I’m not actually sure where she is. Physically in front of me, yes, but somewhere else in her mind.

When the advocate from our local community mental health resource center first suggested autism spectrum disorder, I couldn’t believe my ears. She made eye contact. She spoke fluently. She loved hugs and was a very physically affectionate child. How could she be on the spectrum?

I started doing research on girls with autism and quickly became stunned and frustrated. There was hardly any scholarly research on girls on the spectrum. The rate of diagnosis in boys is 4.5 times higher than the rate of diagnosis of girls. The articles I could find were more subjective than objective, and made me feel more confused. I finally found something from NPR that clicked. They found that girls exhibit something called “social camouflage” that makes it easier for them to blend in compared to boys. Girls have a greater desire to be accepted and fit in socially, so they are able to mask their symptoms in a way that boys simply aren’t able to.

This made sense. Girls tend to be more social anyway, working to fit in, find a niche; of course they would be more adept at putting on a mask to feel like they belong. The problem is they’re often misdiagnosed with other things, like anxiety or depression, and later in life, with eating disorders or personality disorders. Additionally, when girls do this “social camouflage,” their symptoms don’t stand out as much as boys, which can cause them to be diagnosed later in life, missing out on crucial early intervention.

Then I started to get angry. Why isn’t there more research? Why aren’t more people talking about this? Why is my child’s gender dictating her chances of diagnosis and intervention? They actually call girls on the spectrum “the lost girls” because diagnoses are so skewed toward boys that girls literally get “lost” in the process. 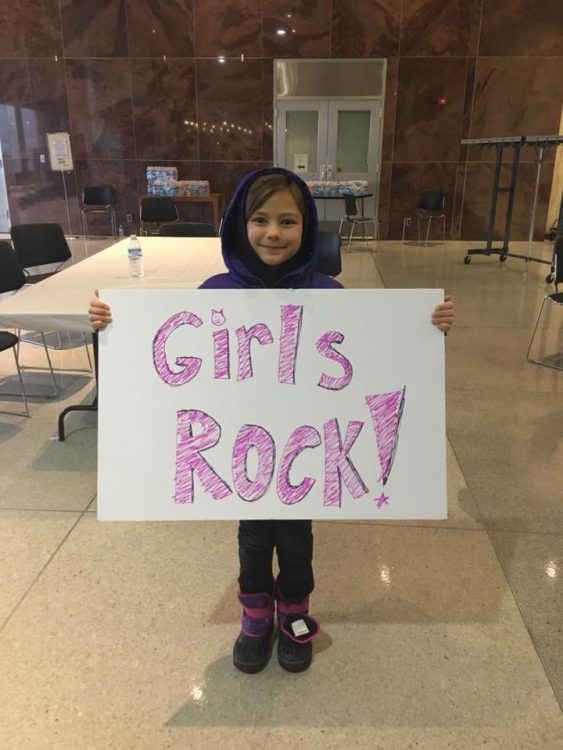 My anger fueled me. I dug deeper and found I’m not the only one who’s mad. There are lots of people out there, moms and dads and scientists and doctors, who are just as frustrated that girls are diagnosed differently than boys and want to do something about it. There are new studies and research being published every day. The National Institute of Health just awarded a $100 million grant to the Autism Centers for Excellence program that’s studying gender differences and autism. The scientific journal, “Molecular Autism” dedicated two of their issues to autism and gender differences, and how autism presents in females.

I’m going to keep researching, keep reading, keep being furious in pursuit of answers about how autism effects my daughter. However, in the midst of that, I’m also going to keep my eyes on her, because even though she’s a girl, she’s my girl, and her autism isn’t everyone’s autism — it’s hers. I want to learn her; what makes her special and what makes her different. I want to let her lead us through this journey, holding our hands and pulling us closer to fully understanding just who she is, and loving her wholly right there.

My daughter is on the autistic spectrum and struggles with what we think is ADD. I'm a narcoleptic mother who survives on coffee, wine, and hugs. We're doing the thing.

Save
Conversations 28
We use cookies and related technologies to help identify you and your devices, enhance your experience and conduct advertising and analysis. By choosing "Accept", or by using this site, you are agreeing to our use of cookies. You can read more about how The Mighty uses cookies in our Cookie Notice.
Manage Choices
Accept