Nathan McConnell Creates 'Growing Up Aspie,' a Comic About Life on the Autism Spectrum

Nathan McConnell creates comics for people like him, and if you grew up on the autism spectrum, you might find his “Growing Up Aspie” illustrations relatable.

“I was diagnosed as a child with Asperger’s syndrome but due to lack of understanding, it was quickly forgotten,” McConnell told The Mighty. “So growing up, I went through years of extreme bullying, relationship issues with friends and others that often ended in catastrophic falling outs… This continued into adulthood and it wasn’t until my mother reminded me of my childhood diagnosis that I was finally able to look back on my experiences with that added filter and the years of frustration all just made sense.” 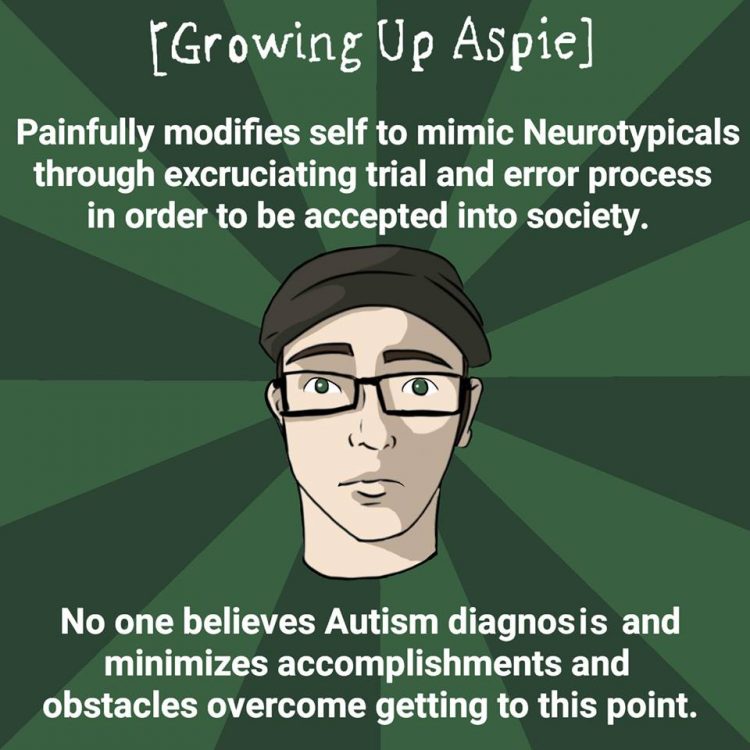 After getting a job as a Samsung representative, McConnell bought himself a Note 3 phone and began sketching. Through his sketches, McConnell got the idea for “Growing Up Aspie” and decided to tell his story in comic form.

While many illustrations in this series focus on McConnell’s experience, he also uses feedback from other people on the spectrum to inform his work. “Often times, I will read the autism message boards on Facebook for something that is a mutual experience to a lot of us or that desperately needs to be addressed for autistics who haven’t been through it yet,” he said of his work. 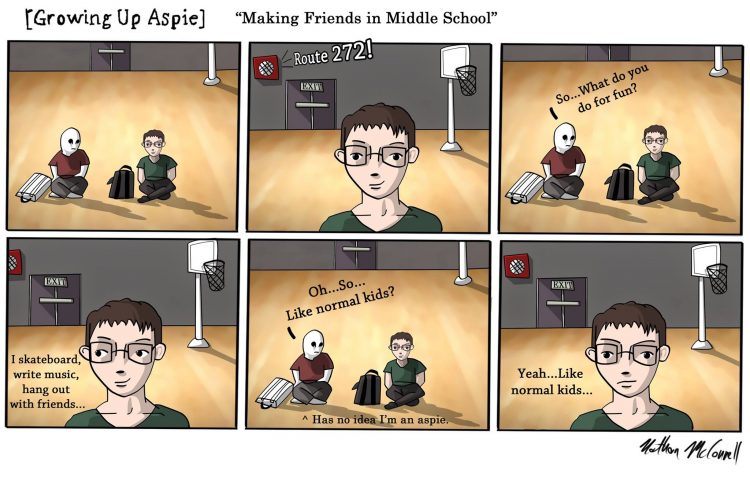 In the three years, he has created hundreds of drawings, which he recently compiled for his debut book “Growing Up Aspie: Year One.” “This book is a collection of my first year of comics and the deeper meanings originally posted with them,” McConnell said. “In this first year of comics, you follow me losing my last job, struggling to find a new one and finally fighting my way into a full-time position in my field after almost 10 years of trying and failing.”

Of his illustrations, McConnell has a few favorites, including “360 No Scope,” about how autistic people often see everything at once — something McConnell describes as “a blessing and a curse.” He is also fond of the very first comic he made, “Making Friends in Middle School,” which he wrote based on a memory from his teenage years when he says he realized he wasn’t quite like other kids. 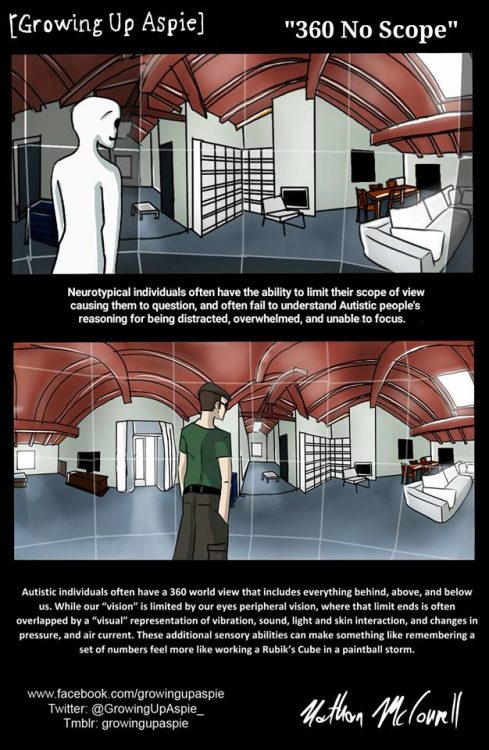 The response to his work, McConnell said, has been amazing. “I’ve had girlfriends, boyfriends, husbands, wives, moms and dads all write me thanking me for helping them understand the autistic person in their life,” he said. “I’ve also had autistic men, women, and children write me crying and thanking me for letting them know that they are not the only ones who have experienced what they have.”

While McConnell hopes his illustrations will help bridge the gap between neurotypical people and autistic people, one thing he wants the former to do is listen. “Listen to what we are trying to say and not what you think we are saying,” he said. “Many of us have had so many people listen to half a sentence and feel like they had our full meaning figured out. It’s a recipe for invalidation and misunderstandings.” 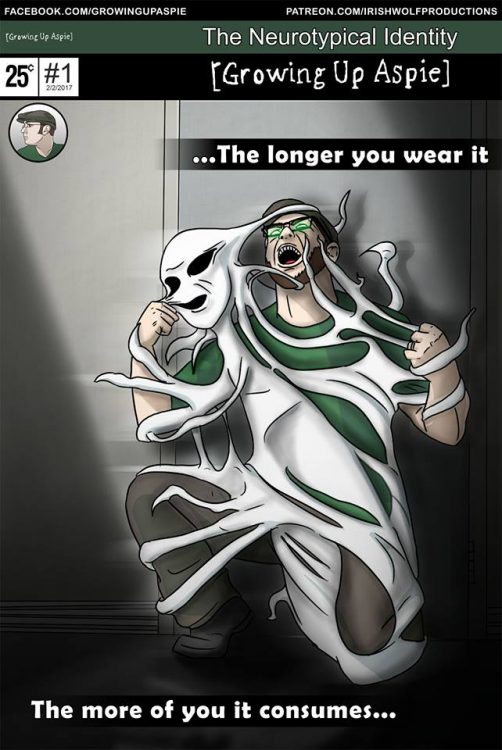 For more of McConnell’s work, visit the “Growing Up Aspie” Facebook page.