Unwarranted parenting advice — it’s likely we’ve all given it and we’ve all gotten it. Some comments are worse than others, but as a parent of a child with autism, some seem especially ridiculous.

1. You need to spank that kid. Don’t let her act like that.

OK, so no one has said this out loud to my face, but I suspect they wanted to. I could see the judgment written all over their faces. I already feel like a failure, thank you very much, I don’t need your help. But seriously, just no. Spanking my kid will not fix whatever behavior you don’t like. That behavior comes from a lack of ability to communicate. You might act the same way if you had no words.

Ha! That seems funny to me and also, no. She’ll go to the hospital before putting that chicken in her mouth. It isn’t simply an issue of being “spoiled” but rather something more complicated. GI issues, allergies and intolerances, texture aversions, panic at changes and unfamiliarity, etc. Take it from me, for some of our kids, food can be an issue.

3. Just get a babysitter; she’ll be fine.

There is no “just” about this situation. This babysitter would have to undergo more hours of training than someone working for the CIA. I’m exaggerating, of course, but training is necessary. Some of our children require a delicate hand and the specifics of caring for my child aren’t something that could be covered in a quick 15 minute chat. The logistics of managing pre-meltdown behavior is tricky, to say the least, and not something I’m willing to entrust to “just” anyone.

4. She doesn’t need to watch so much TV.

Here’s the deal, TV serves two purposes in our house: decompression and education. We all have our ways of unwinding after a hard day. For my kid, this is TV. In the early days when she didn’t have any words of her own, she did have echolalia. Movie lines became her language. So, yes, I’ll continue to let her watch TV, and it will probably be more than “they” recommend.

Yes, she does appear to be fine right now. She’s having a blast running around with her friends. But you don’t see what I see. I see the redness in her face, the wideness of her eyes, the forgotten personal space. You don’t hear what I hear. I hear the “too loud” tone of her voice, the quiver in her laugh, the “too fast” string of words she just spoke. But most of all, you’re not around for after. After the excitement has worn off, the exhaustion sets in. With it comes loss of language, irritability, and emotional imbalance. Sometimes this can last for hours. Other times days. I know she looks fine, but trust me when I say she isn’t.

As parents of children with autism, I believe we are their experts. We are their advocates. We know what they need and we need you to trust that. We know you mean well, but sometimes your advice is bets kept to yourself. 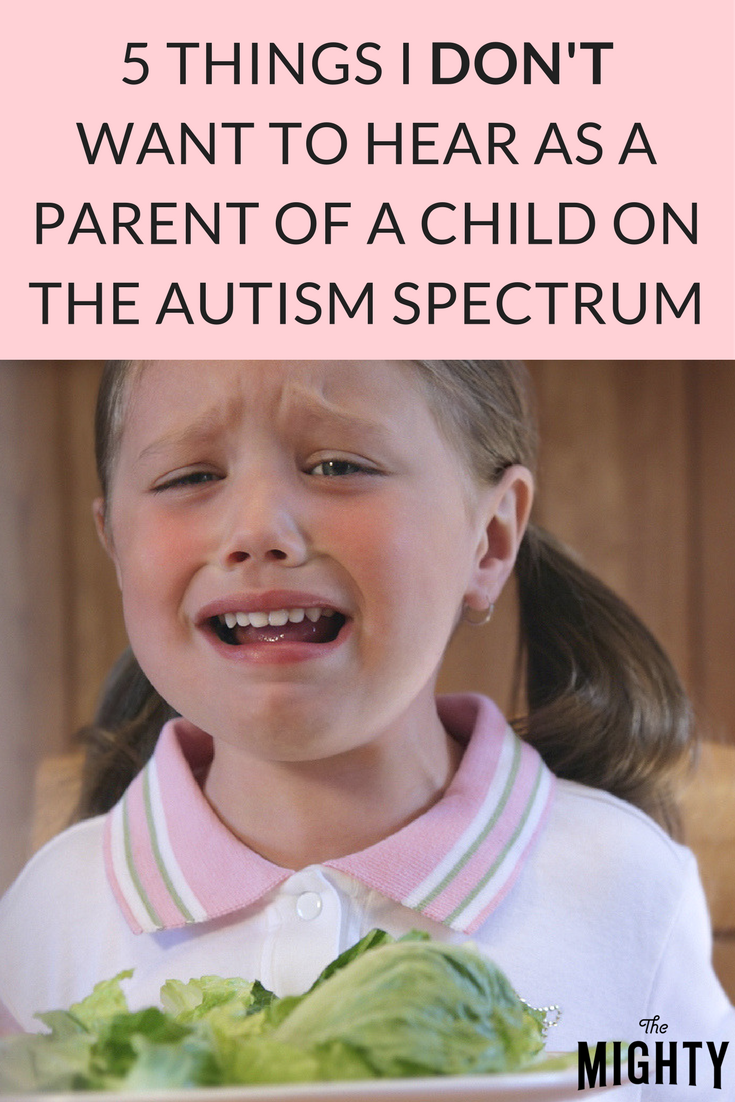 Save
Conversations 152
We use cookies and related technologies to help identify you and your devices, enhance your experience and conduct advertising and analysis. By choosing "Accept", or by using this site, you are agreeing to our use of cookies. You can read more about how The Mighty uses cookies in our Cookie Notice.
Manage Choices
Accept