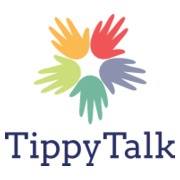 Rob Laffan wanted nothing more than to help his daughter Sadie communicate her needs. Sadie, who’s on the autism spectrum, is nonverbal and would grow understandably frustrated when she couldn’t tell her parents what she wanted, needed or felt. When she learned to use a picture exchange communication system (PECS) board — a tool that resembles a picture book and allows many nonverbal people to point to what they need — communication became easier. But PECS boards can still present challenges — for one, the person using it has to physically be able to bring the pictures, even if they’re on a tablet, to another person. Also, if in book form, the pictures are easily lost or damaged, especially when a child is using them.

Laffan, a student at the Limerick Institute of Technology (LIT) in Ireland, came up with a solution: “TippyTalk” — a touchscreen communication system that takes a PECS board to a computer, tablet or phone and then transfers the pictures to text messages.

“TippyTalk enabled Sadie to communicate with me even if I wasn’t in the house, even if I was in a different country,” Laffan told Engineers Journal. “When I am in college or when I am away I get texts from her telling me how she is feeling.” 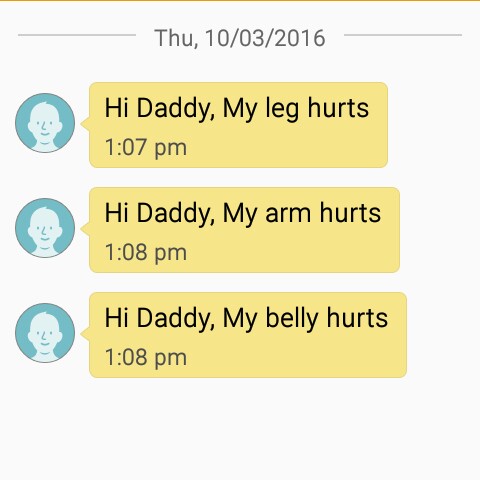 The first screen that pops up when Sadie, now 5, goes to use TippyTalk shows two pictures: one of her dad and one of her mom Emily. After she selects who she’d like to communicate with, she’s offered more than 260 images that range in wants, needs and feelings. When Sadie then touches, for example, a picture of an apple, this text is sent to whichever parent she’s selected: “Hi, I’m hungry, may I have an apple?”

“It was intuitive enough that she knew exactly where she was going. When she saw her pictures, she saw what she wanted,” Laffan told UTV Ireland. “She was able to touch the button and the text was sent out to my phone.” 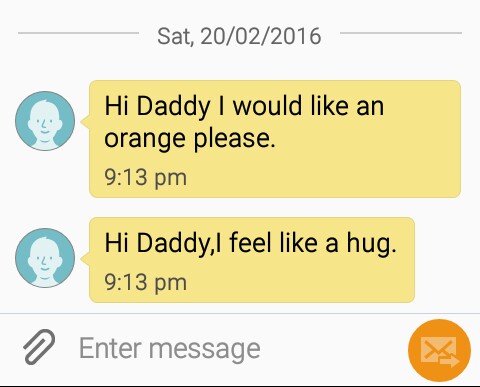 “As [Sadie] gets older I can enlarge on the images to meet her needs,” he told the Irish Mirror.

On a personal level, the technology has already enhanced Laffan’s relationship with Sadie.

“Being able to understand my girl’s exact desire, needs and feeling has brought me closer to really understanding and loving her little personality,” he told The Mighty in an email. “Now it’s just a case of giving the same joy to other parents like me.” 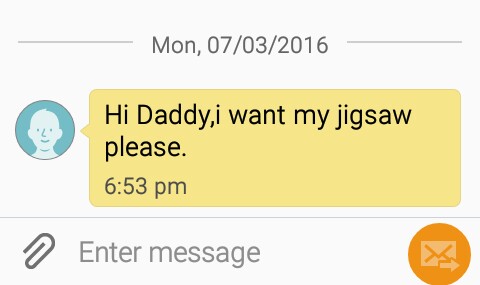 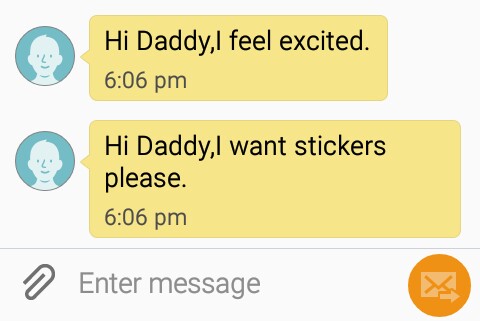 Though TippyTalk was designed with Sadie in mind, Laffan says the technology can benefit any person who may find verbally communicating challenging.

TippyTalk won Laffan “College Entrepreneur of the Year 2015,” the top prize at the Enterprise Ireland Student Entrepreneur Awards 2015, earning Laffa €10,000 (about $11,000). With an additional investor secured, Laffan says TippyTalk should be available to the public this summer.

“I’m only a dad with a idea,” Laffan told The Mighty. “An idea that worked.”

Save
Conversations 39
We use cookies and related technologies to help identify you and your devices, enhance your experience and conduct advertising and analysis. By choosing "Accept", or by using this site, you are agreeing to our use of cookies. You can read more about how The Mighty uses cookies in our Cookie Notice.
Manage Choices
Accept