If you’ve ever heard someone say, “The weather is so bipolar!” you know there’s a lot of misconception about what bipolar is, what it isn’t and what it’s like for the 3 percent of American adults who live with it each year. To clear some things up, The Mighty teamed up with the International Bipolar Foundation and asked people with bipolar disorder what myths they’d like to see busted.

Myth #1: Mania is the “good part” of bipolar disorder.

“There’s a myth that mania just feels all happy. Actually, it’s frantic and nerve-wracking. It can cause intense anger and anxiety. It can feel like I want to jump out of my own skin. Both sides of the coin can be hell.” — Pressley Kieran Fields 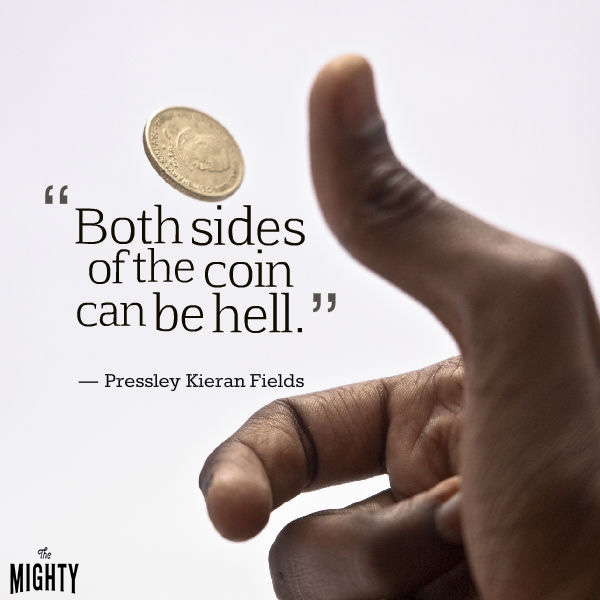 “Just because you had a bad day or had a high-energy day doesn’t mean you’re bipolar.” —  Dana C Hutchins 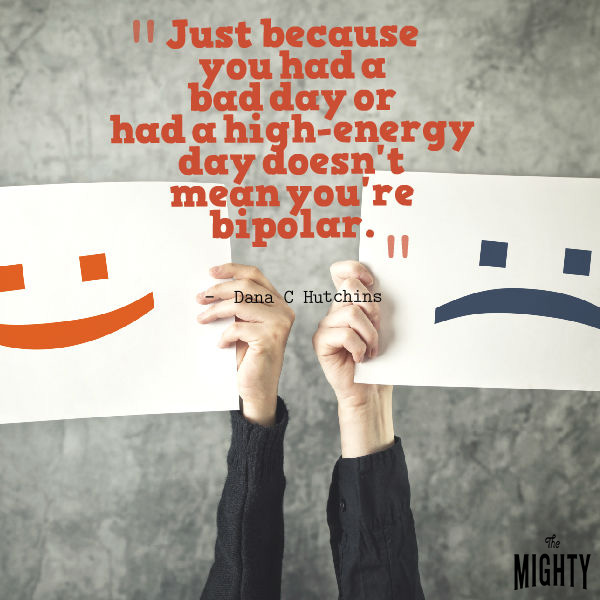 Myth #3: Everyone with bipolar is violent.

“The only time you hear about bipolar disorder in the media is when someone committed a crime. Not when a person is dealing with their bipolar successfully and being productive in society. We need to all come forward.” — Heidi Long 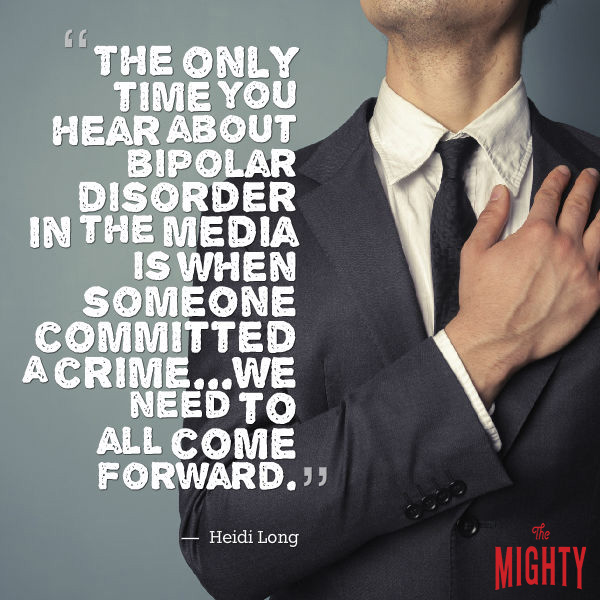 “It’s not a synonym for ‘crazy.’ Nor is it a word to be thrown around about things that change constantly (i.e. ‘The weather is like, bipolar or something.’).” — Lacey H-l K 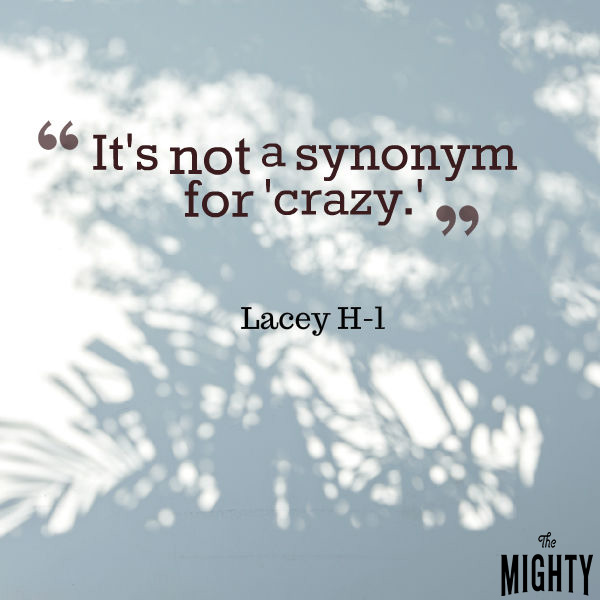 “My best friend is bipolar. With patience and understanding, it’s possible. You have to be willing to learn and ask questions as I did. When we first met I asked, ‘What can I do to better understand you? Tell me what I can do to support you.’” — Belinda Heflin 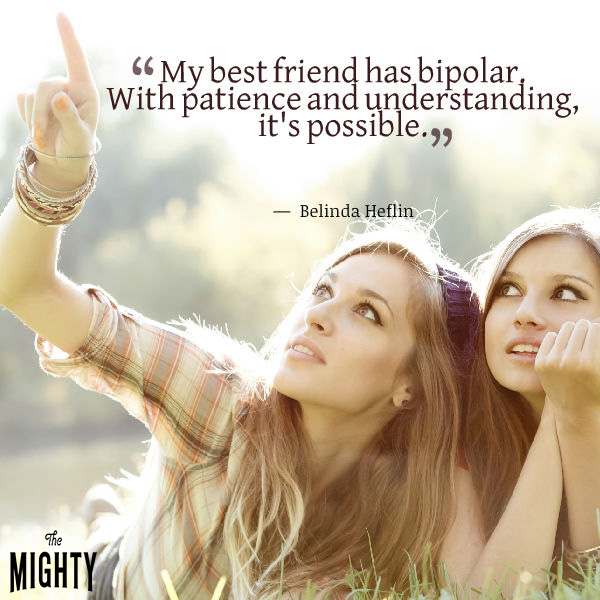 Myth #6: You can’t be a good spouse or parent with bipolar disorder.

“My husband had bipolar disorder. He was brilliant and the kindest, most unselfish man I have ever known. I was married to him for 49 happy, happy years. Sure, there were bad times because he had bipolar. But because I understood he had no choice in it, we were able to have a wonderful marriage.” — Glenda Austin Thompson 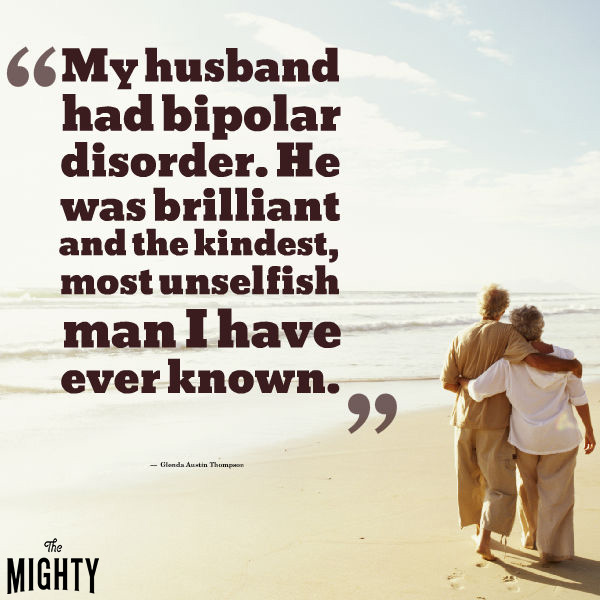 Myth #7: Every bad day is an episode. 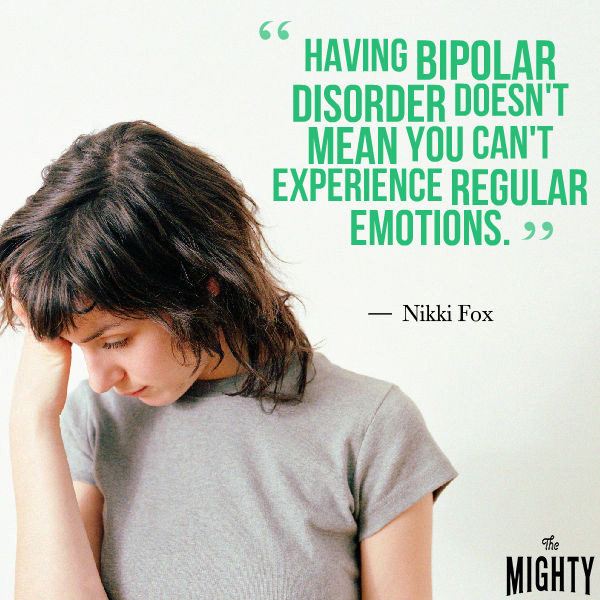 Myth #8: People with bipolar disorder are weak because they can’t “control their emotions.”

“Even people who are inherently strong can have bipolar disorder. Every day can be a challenge. We can look outwardly normal, while going through immense internal struggles.” — Shilpa Ugrankar Caldeira 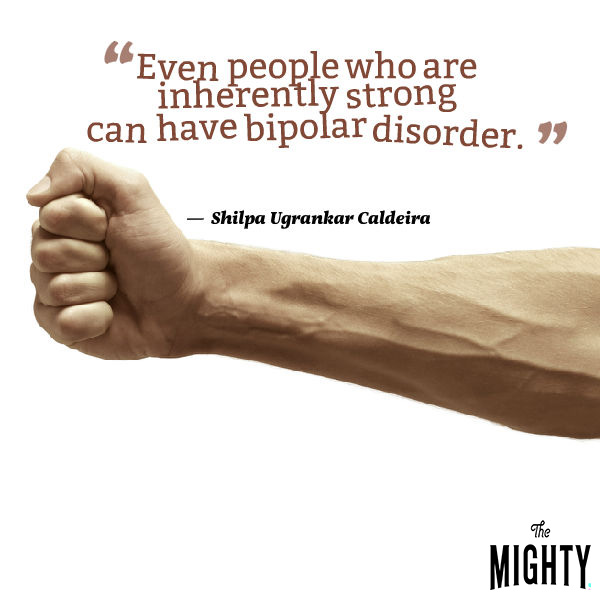 Myth #9: People with bipolar disorder are just being dramatic.

“‘You are overreacting. Just stop being that way.’ Um, no. We try our best to control our emotions. We cant help the way we feel sometimes. We just want support and to not be judged.” — Lauren Eubanks 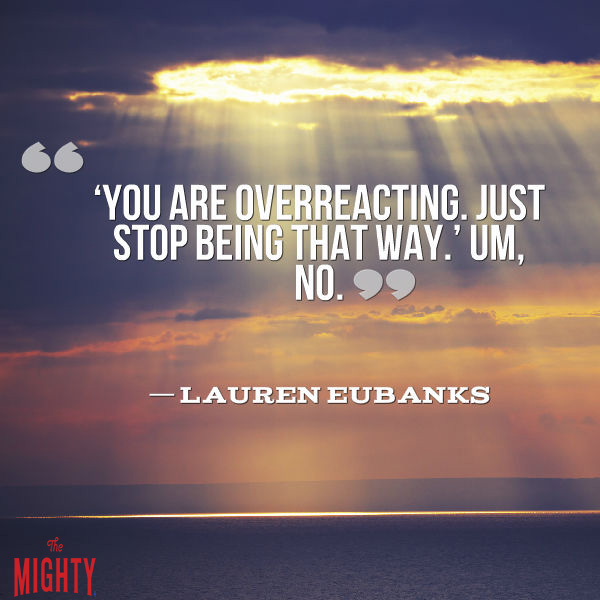 Myth #10: Having bipolar disorder means you have a “split personality.”

“I beg to differ. I feel more like two extremes of the same person.” — Jamilla Casteel 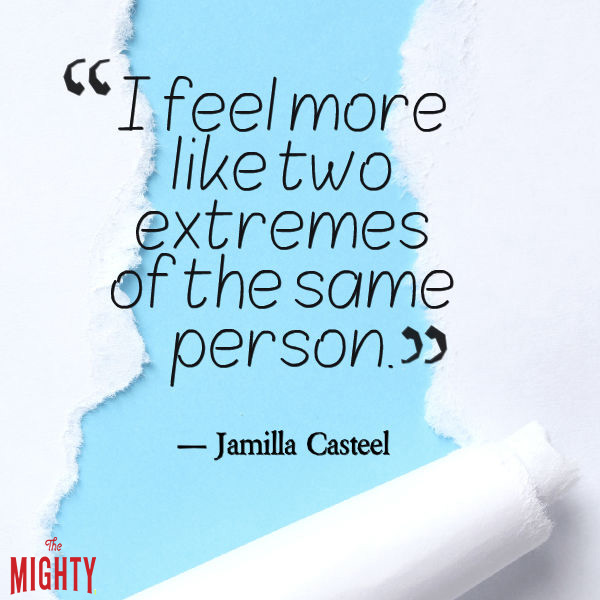 “It’s never going away. It’s the medication that makes us feel better. It helps me to live. To work. To lead an almost ‘normal’ life. And I would not have it any other way. Medication is not bad. It’s my lifeline.” — Suzie Lang 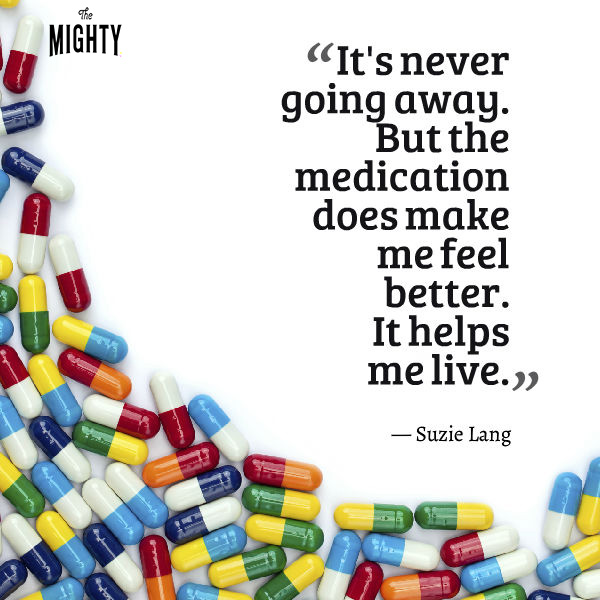 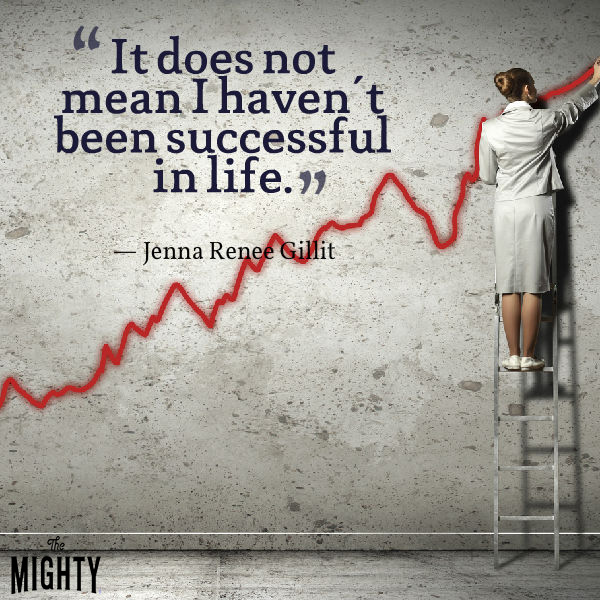 Editor’s note: This story is based on individuals’ experiences and shouldn’t be taken as professional advice. To learn more bipolar disorder, visit the International Bipolar Foundation’s site.

*Some answers have been edited and shortened.

Save
Conversations 38
We use cookies and related technologies to help identify you and your devices, enhance your experience and conduct advertising and analysis. By choosing "Accept", or by using this site, you are agreeing to our use of cookies. You can read more about how The Mighty uses cookies in our Cookie Notice.
Manage Choices
Accept