Wading Through the Brain Fog of Chronic Pain and Depression

I was not supposed to be writing about brain fog today. I have seven posts planned about various different things. However, I just can’t shake off all of the noise in my head and I know that writing about things helps me. Not only am I getting it off of my chest, I’m reaching out to others and creating something in the process.

So, why do I have brain fog? There are many causes including: stress, depression, medication, chronic pain and more. I have chronic pain and depression as long-standing conditions that probably won’t go anywhere anytime soon. My chronic pain is believed to be lifelong. For these conditions I take a lot of medication including benzodiazepines, sedatives and anti-epileptic drugs (note: I do not have epilepsy).

Why do these factors in my lifestyle cause brain fog? Well, Dictionary.com defines brain fog itself as a “state of mental confusion, detachment and forgetfulness.” These can be symptoms of depression alone. Dissociation and depersonalization can make you feel somewhat detached from reality and “on the outside.” Dissociation can be the brain’s way of coping with depression by cutting off from the world completely, as to avoid facing one’s causes of depression (from what my doctors have told me. Many of my drugs are believed to cause confusion, forgetfulness, fatigue and more). These all exacerbate my brain fog but can be the sole cause of it for other people. When it comes to chronic pain, that in itself is draining. My brain is so focused on dealing with my body dealing with constant pain and trying to cope with it that other things don’t get prioritized.

What is brain fog like for me? OK, so, the issue with brain fog for me is that it never goes, and I never feel like I’m on the same wavelength as people around me. I can thank someone for a cup of tea then two minutes later apologize for not saying thank you (yes, this actually happened). I can get stuck on basic math because my brain will suddenly go blank – this actually happens quite a lot. I don’t understand the punch lines of jokes as quickly as other people and I’m constantly going into a blurry “daze.” My partner will catch me staring into space and it’s simply me trying to work out something pretty simple in my head. Because of brain fog, simple thought processes don’t always happen as easily as they should for me.

Do you ever get a break from brain fog? Sometimes your mind can feel clearer than others, but I honestly have no idea how or why. The brain fog never really goes though. For me, my mind is either manifesting itself with thoughts as to how I can be more mentally alert and able, or it’s numb. Both of these are just as bad. Being numb and detached with everything going over your head can make you feel less human and like you’re not experiencing life the way you should. On the other hand, having your mind constantly analyze everything trying to work things out can be ridiculously frustrating.

What makes brain fog worse? Although I don’t know what makes brain fog better, I do know what makes it worse, for me anyway. Doing a lot physically can wear me down with my brain trying to support my body’s pain levels. Sleep doesn’t necessarily make up for this though. A major thing for me that makes my brain fog worse is when I’m not allowed into certain discussions or conversations, making me feel even more detached. Worse than that though is when people ridicule me for forgetting things, making mistakes trying to do something seemingly simple or for generally being slow.

The thing is, because of brain fog I may seem like I’m happily in my own world, but I’m not. I feel embarrassed and ashamed for not understanding things as naturally as others do, and this is why my brain is so noisy all of the time. I know I shouldn’t feel ashamed, and others remind me of that all the time. One comment calling me “useless” or “too slow” can set my brain off into a frenzy of why it can’t be good enough, which in turn makes stress worse and feeds the brain fog even more.

When all of this was getting to me last night, I did a bit of writing about how it feels for me to struggle with brain fog. It’s a metaphor to demonstrate how isolating and frightening it can be. I’m sure I’m not the only one who feels like this. Here is what I wrote:

“I am like grass. I envy the fruitful, vivid flowers around me. I’m not the centerpiece in any garden. Even weeds flower. Even weeds attract beautiful bumblebees. I don’t attract people unless it’s for them to pick at me or lay above me. Sometimes it’s fun to watch them dance and play, but it hurts and I quiver at the thought that I am still just grass. As soon as I start to grow tall, I’m cut down again and left sore. That, or I’m turfed out, sometimes even relocated, left messy and out of place. I guess grass is necessary though, to make others look brighter, to level out the bright from the dull.” 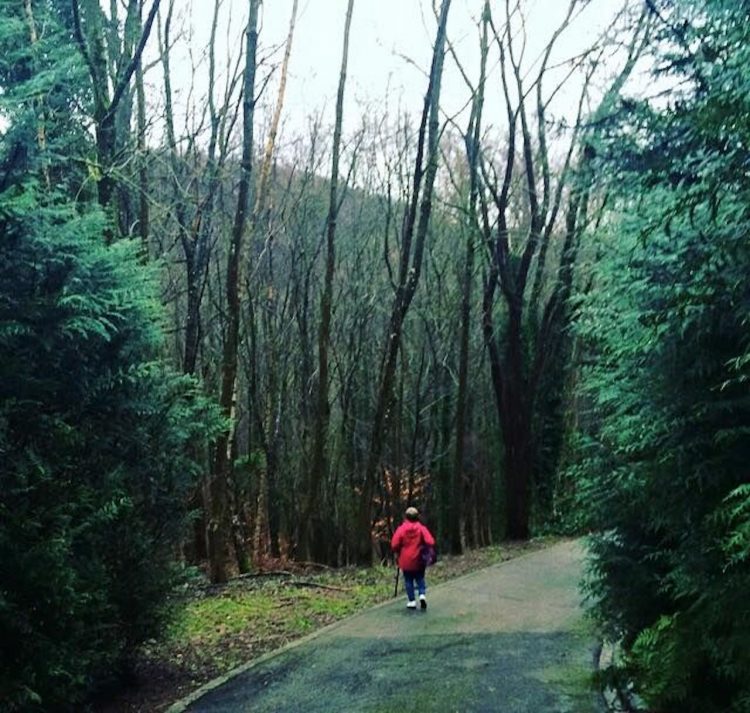 Yes, that is rather depressive. I know my brain fog doesn’t make me any less worthy of joy or contentment than anyone else, but when you feel so isolated because of it, this is how it can make you feel. Less human, less included and less capable. To clarify again, I know this is not the truth, but it’s an insight into what I often feel as a result of this one symptom combined with depression and chronic pain.

I hope you enjoyed my little ramble on brain fog. If you can relate let me know or share this with others to spread the word!

I'm Louise, a spoonie scatterbrain with several health conditions, my main disability being chronic nerve pain. I am being investigated for Fibromyalgia and Peripheral Neuropathy, I also have complex PTSD. I LOVE writing! It’s my escape. I hope my articles can spread awareness and help people ☺️