Imagine cleaning your room one day to find a mysterious letter from your future self. Would you dare open it? Would you take your own advice? I’ve always wished “future me” would send me a quick note to encourage me in the right direction, warn me of heartbreak or confirm I made the right decision.

If you were given the chance to chat with the old you, would you? Would you warn them about that bad breakup? Admit their favorite jeans are a hideous excuse for pants?

In 2013, I would have given my right arm for a mysterious note from a future self. I had no idea my life would take an unexpected turn when I became seriously ill before being diagnosed with Crohn’s disease. I’ve heard nearly a million pieces of advice and suggestions from other chronic illness warriors, but I always wondered what I would tell me. Well, this week I sat down and figured out just what I would tell the 2013 version of me.

It’s 2016 me — well, you. Crazy, I know! Right now, you’re buckled in, and the biggest, scariest roller coaster of your life is about to take off. You’re going to scream, cry and laugh more than you can even believe. But don’t worry, I’m here to give you pointers on how to get through this ride in one piece — well, with most of your pieces.

As this year began, you started to experience some less-than-glamorous issues. The bathroom isn’t the most fun place to hang out, I know. It’s hard to explain why you’re constantly going. And the poor, poor person that has to use it after you? Bless their soul.

“It’s so embarrassing!” you say. Well, get used to it, Buttercup: this is the easy part. Now I know you think it’s just a little stress. It’s not! Go to the doctor ASAP! They’ve seen and heard worse. Be honest and ask for help. When you finally do get help, do some research on the tests they are going to run. I promise, they sound scarier than they actually are. Never, and I repeat, never eat your favorite food before a colonoscopy prep and, no matter how drugged up you are afterward, you still hate In-N-Out Burger.

And get used to people looking at your butt. Not like “Dang, those jeans look good”… more of “When did that hemorrhoid appear?” You’re going to get really used to your rear end being the piece of you everyone wants to see/scope/talk about. You’ll become shameless real quick and poop jokes suddenly become the funniest thing in the world. 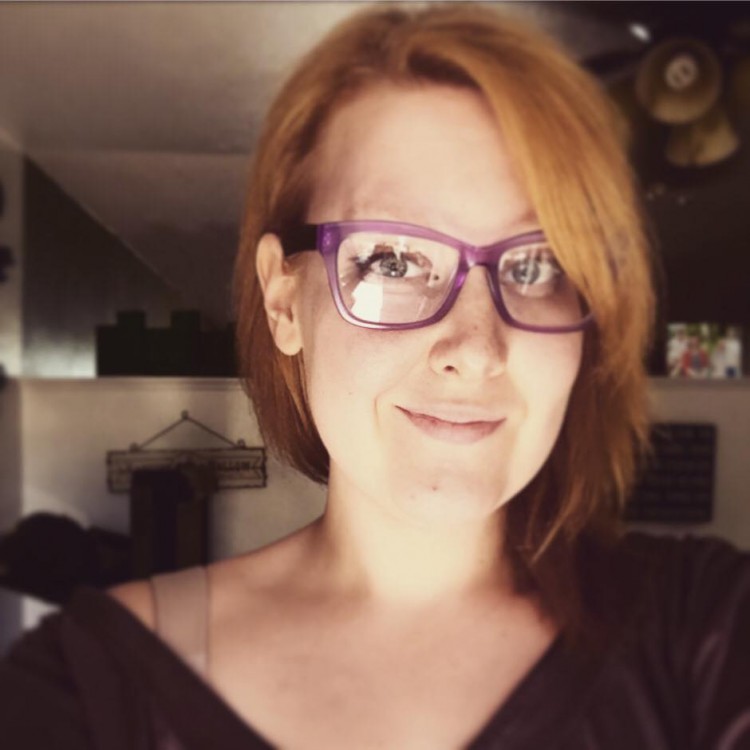 You’ll meet more members of the medical profession than you’ll be able to remember. They all have different methods, but their goal should be the same: to help you heal and function to the best of your ability. You’ll meet nurses that love you and some that you wish took a different career path. If you feel like you’re being mistreated or your needs are not being met, leave. Now. Do your own research and interview a new doctor. Learn new adjectives for how your guts hurt. This will help doctors and nurses greatly. If something looks or feels off, tell someone. Go to the ER. Who cares if they saw you last week? It’s perfectly okay to go back and ask for help. Roughing it out does nothing but harm. The nurses will learn your name and your life story, and they’ll become some of your closest confidants. They’ll be able to help the doctors track how your disease is progressing. Even the doctors will become your close friends and visit you during your many hospital stays. Remember to be kind to these brave souls that not only work crazy hours, but put up with many cranky and sick people, all with a smile on their faces.

Get used to the taste of broth. And stop being a snob about Jell-O. Just suck it up and drink the damn food. Liquid diets are here to stay — deal with it. You won’t like many of the tests, foods, needles or being cooped up, but that’s life now.

You’ll see people you thought were your friends disappear. You’ll try and try to keep those relationships alive, but sometimes you have to learn when you stop CPR and call it. You’re 21 and you’ve little to nothing in common with them anymore. And that’s just fine. And if you have to cancel plans, that’s OK too. Don’t push yourself; if you do, you’ll pay the price later.

It’s normal to outgrow people. It’s normal for them to not understand or learn with you. Adapt to your situation and respectfully move on. Learn to adapt to your ever-changing scenario quickly. It’s no use fighting change. You’re never going to be “normal” or like the old you again.

And that’s the bright side of this whole journey. You’re changing, you’re “abnormal.” The majority of people will never know what you’ve learned. They’ll never have the strength and courage you have. You’re growing into this strong, intelligent fighter. Every day you strap on your boxing gloves and step into the ring with an opponent that never tires or weakens. That kind of endurance is admired far and wide. Your new independence allows you to be strong enough to do things on your own and take control of your life. You’re going to laugh more than you ever have. You’re going to appreciate things more than you ever have.

Some days you’ll wear the pain and fear like the rarest of gems. But some days, you’ll wear them like a “Warning: Toxic” sign. Either way, that’s a-OK. You’re allowed to have rough days, and you’re going to have rough days. There are going to be days that you don’t think you’ll make it through. There will be days you don’t want to make it through. But you will. And you will be a better you for it. Your friends will be truer, your love deeper, and your compassion stronger. These are things people would kill for. Be proud of them.

Like I said, this is going to be the craziest ride of your life. But we’ll make it through. You’ve got this, kid. Don’t ever doubt that.

The Mighty is asking the following: Write a letter to yourself on the day of the diagnosis. Check out our Submit a Story page for more about our submission guidelines.

Becki Parker is a new Crohn&#8217;s Disease fighter, just learning her skills in life. She is a permanent ostomate, receiving a lifesaving ileostomy in 2015. She loves to support her fellow spoonie and find a way to share her story, with just a touch of her sarcastic humor.