I recently got a new tattoo: the “Star Wars” Rebel symbol with Princess Leia and a galaxy design inside. Among being a representation of rebellion and feminism, a commemoration of Carrie Fisher and a best friend tattoo, it also serves as a reminder to work towards good mental health.

As many of us know, Carrie Fisher struggled with addiction and bipolar disorder. The work she did in raising awareness and acceptance was highly appreciated by her fans and by those living with mental illness in general. Not only did she handle it all with humor, but she showed us that recovery is not always perfect; it’s a process that takes time and can have its setbacks and relapses.

I have depression. While I did have a long period where I was seemingly unaffected by my depression, more recently I have begun to feel its grasp once again. I’ve felt numb and empty, tired and simply resigned to existence. It’s not a fun feeling.

However, seeing how Carrie faced her demons head-on, just as Princess Leia had faced the Empire, was a huge inspiration for me. It made me love her more to see she was a flawed human, just like the rest of us, and she was still working towards recovery amidst her celebrity and success.

Getting this tattoo is a very permanent reminder on my skin to not just fight against the injustices in the world, but also to fight against my mental illness. Yes, it’s a reality in my life that I need to face, but just because depression rears its ugly head again doesn’t mean I have failed in my fight. 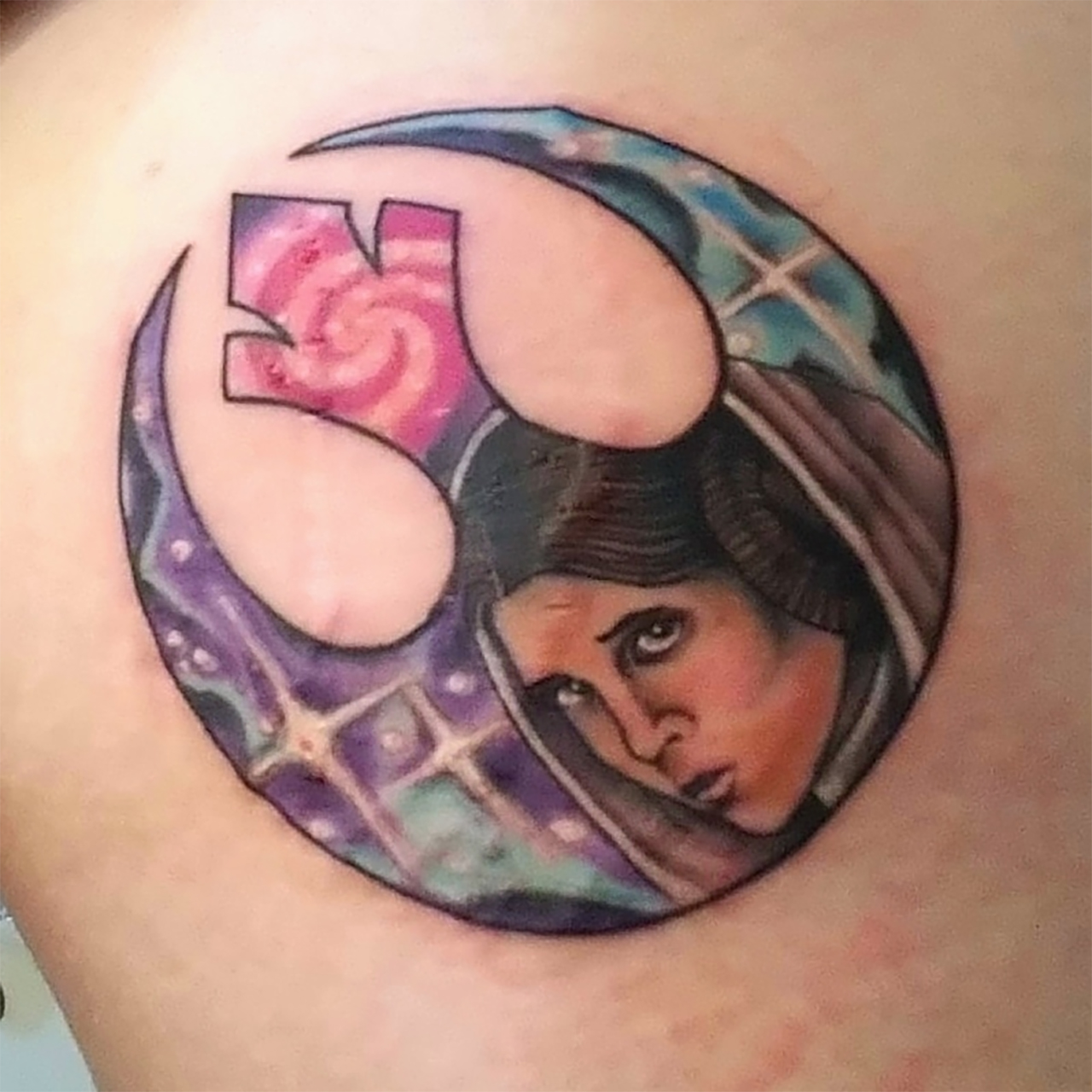 My tattoo may look like just another geeky “Star Wars” tattoo, but the meaning behind it shall hopefully keep me vigilant in my fight against depression. Leia never backed down from her fight against the Empire, Carrie was constantly fighting against her own struggles, and I will do the same in my own attempts to honor her memory.

Rest in peace, Space Mom. You drowned in moonlight, strangled by your own bra, and I hope that fighting against mental illness will honor you in the way you deserve.

I’m a writer who spends far too much time watching TV, drinking coffee, playing D&D, and trying to find sushi. If I’m not doing any of those things, I’m either actually writing or working with the kiddos in an autism program as a paraeducator.