I was beaming with pride one morning in spring 2002.

This was the best day so far of my sixth-grade year in junior high, as I had just made the honor roll list for the first time. The honor roll list was posted in the front lobby of the school. I was standing behind some of my peers, none of whom had disabilities.

All of a sudden something hit me like a brick: “Why is that retard on the list?”

I heard a few of my peers talking behind me.

Because of hurtful comments like this, I was shy for the rest of my junior high school days.

“Using the R-word against us [Special Olympics] athletes hurts us because most people don’t think before they actually say the words,” said Georgia Hunter, my friend and fellow athlete and Global Messenger in Special Olympics Illinois. Georgia has Down syndrome.

On March 1, hundreds of thousands of people across the country were spreading awareness in the ninth annual Spread the Word to End the Word campaign. I had an opportunity to give a speech that day to approximately 700 students at Pontiac Township High School in Pontiac, Illinois, on how the R-word has affected me and why this campaign is important. I learned soon after my speech that the words I spoke touched many people. 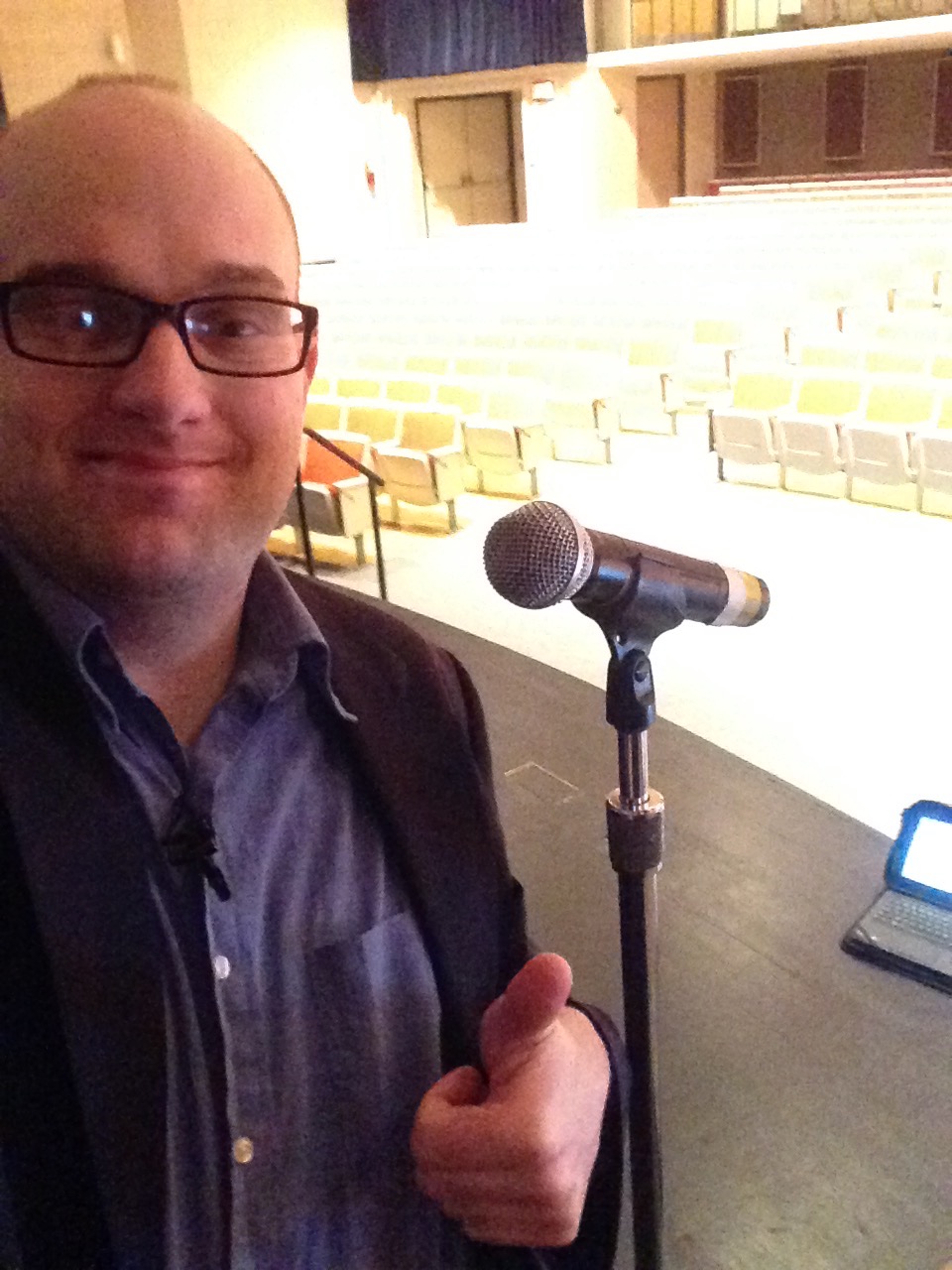 For those of us with disabilities, as well as for our family and friends, the word “retard(ed),” or the “R-word” as it is referred to in the campaign, is offensive — even when the word is not directed toward us. If someone uses the R-word about an inanimate object to mean the object is slow or annoying, this connotes indirectly that those of us with disabilities might learn or act a little slower than others.

“The cool thing about Spread the Word to End the Word is that there are thousands of events across the country, and everyone kind of goes about it a bit differently,” said Tim Shriver Jr., co-founder of the campaign. “Every event has a pledge banner where people sign their name and take the pledge to not only stop using the ‘R-word’ [themselves’] but to speak up when others use it.”

Besides ending the R-word, the campaign has a broader focus for the future. The campaign strives to create a community of tolerance, equality, understanding, and respect for all people — in particular for those of us with disabilities. Self-advocacy is part of that broader focus.

“The importance of self-advocates is a huge part of what we do,” said Soeren Palumbo, a co-founder with Tim Shriver Jr. of the Spread the Word to End the Word campaign. “Each person has an incredibly rich story that’s behind their reason to take a pledge to improve the world for people with intellectual disabilities.”

Before I spoke to the Pontiac high school students, I was standing outside the auditorium talking with Laura Baumgardner, a special education teacher who champions the Spread the Word to End the Word activities at her school. Baumgardner told me the elementary school students in her school district are learning that the R-word means “respect.” These children do not necessarily even know that the other R-word is used as a derogatory term — hate speech — about those of us with intellectual and developmental differences. As for the Pontiac high school students, the word “respect” is so engrained in them as the only R-word of choice. This was evidenced by what a respectful audience they were for me. These are the leaders of the future. I believe the youth of today, affectionately named the “Unified Generation” by Special Olympics, will lead us to a respectful world of understanding and inclusion for those of us with special needs. 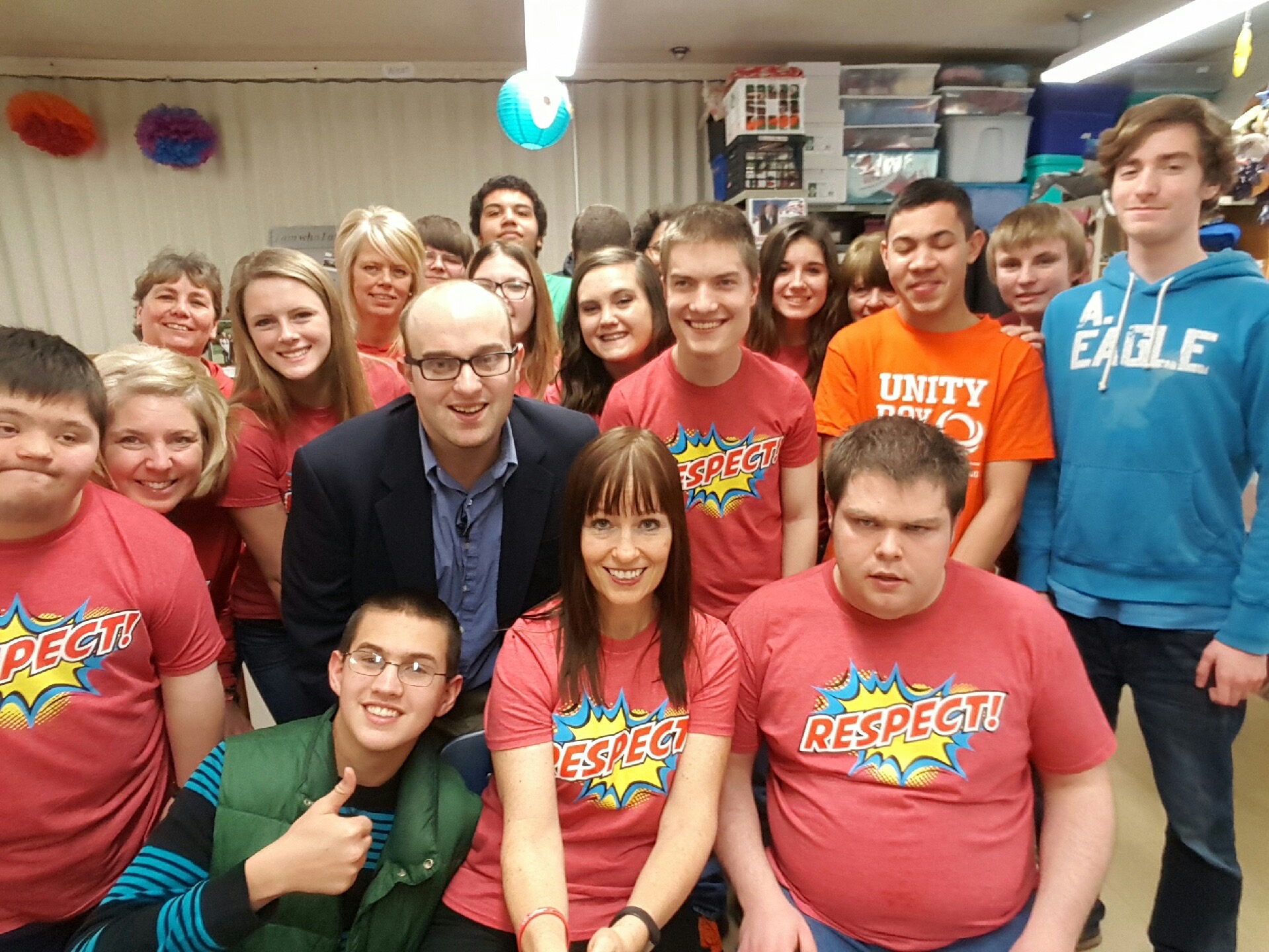 When I was born three months premature 28 years ago, people commonly used the R-word as an acceptable term to describe people with visible and invisible intellectual differences. Fast forward to present day, medical professionals and the mainstream community at large are becoming more understanding and respectful with their word choice.

Take my sister, Stefanie Smrokowski, 26, for example. She is a doctor of physical therapy and has grown up with an older brother who has special needs. She feels encouraged about the declining use of the R-word among medical professionals.

“It’s becoming very common knowledge that you should not use that word,” Stefanie said, adding that she rarely hears the word, especially among younger physical therapists. “There are still some people that maybe aren’t as aware of that, but I think in general we’re all going towards that being common sense to not use that word.”

Soeren hopes the trend within the medical community extends to the mainstream community as well. “What we’re hoping is there’s that same trend in the wider community,” said Soeren.

“Your sister’s quote gives us all confidence that we can win the battle against humiliation and ‘play unified’ to teach respect the world over,” he wrote in an email regarding a previous Special Voices column.

“If you use the words ‘retard’ or ‘retarded’ to explain something that doesn’t make sense, then I would say to you that you do not have a very good command of the English language and you can do better,” he said. 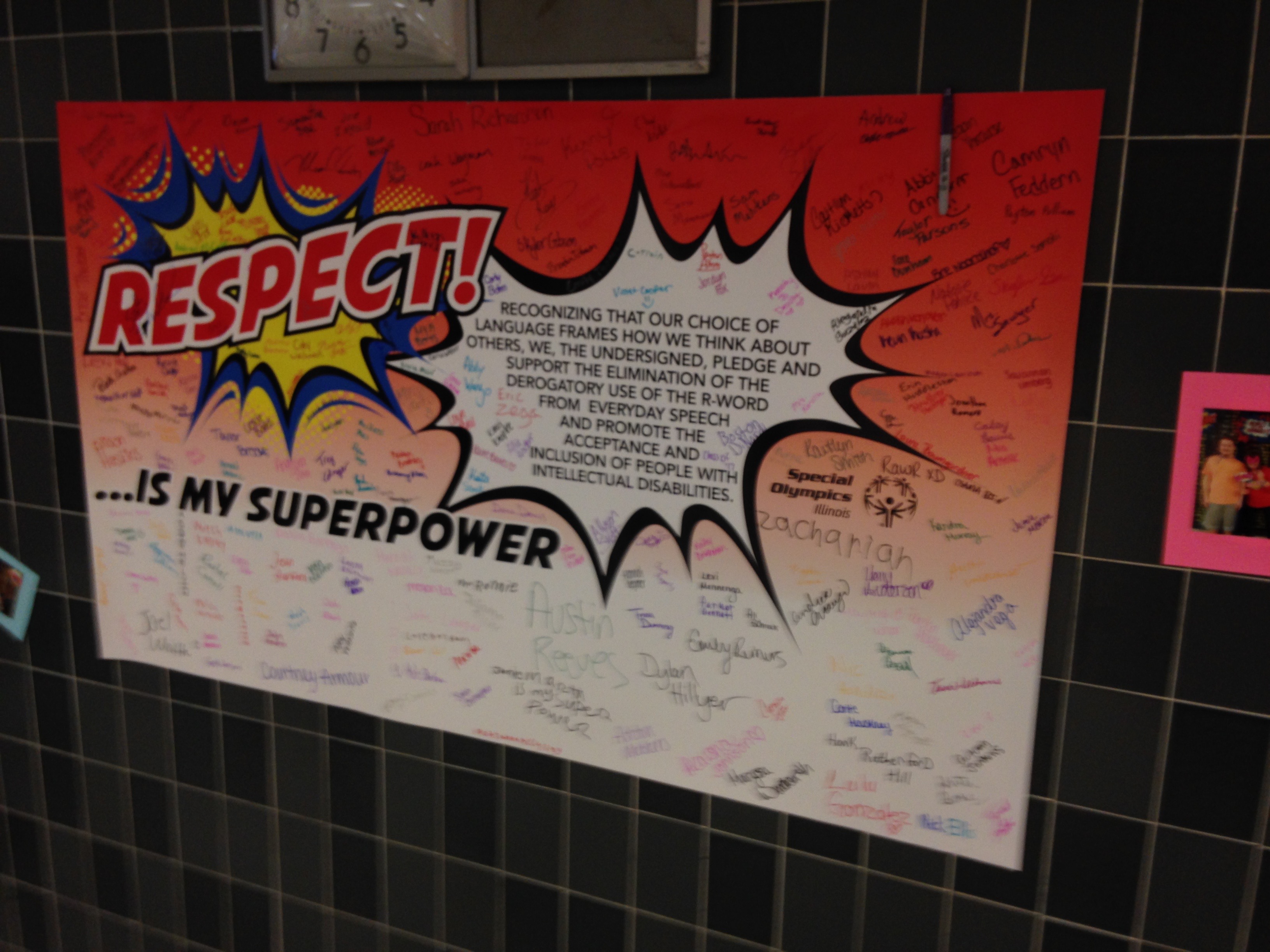 Despite cognitive struggles that myself and others may face on a daily basis, we overcome our challenges by celebrating the abilities we do have.

In June 2016, I received first place for “best original column” from the Illinois Press Association. In Summer 2015, I was a leading journalist producing one of the only podcasts at the Special Olympics 2015 World Summer Games in Los Angeles. Earlier in 2015, I was among 10 other advocates named a national finalist for the American Association for People with Disabilities 2015 Paul G. Hearne Leadership Award. In 2012, I received the Les Brownlee Scholarship from the Chicago Headline Club, the Matthew Freeman Award for Social Justice from Roosevelt University, and a Bachelor of Arts degree in journalism.

Please lend your voice to the more than 692,645 pledges by signing the pledge electronically and learning more about Spread the Word to End the Word at www.r-word.org. Join me and let’s create a culture of tolerance, respect, and inclusion with our words.

Daniel Smrokowski was born three-and-a-third months premature and was diagnosed with learning disabilities and a severe language disorder. He is an award-winning columnist covering special needs stories. Daniel is the founder of Special Chronicles, a pioneering nonprofit new media network that gives respect and voice to people with special needs. Daniel is also involved as an athlete and global messenger with Special Olympics Illinois. Come join us at www.SpecialChronicles.com. Follow him @podmandan on Facebook, Instagram, Twitter, and Snapchat.