Microsoft’s latest gaming device, the Xbox Adaptive Controller, was announced on Wednesday, Global Accessibility Awareness Day. Instead of a handheld device with many buttons, the device is reminiscent of old-school controllers. It will be wireless and larger so gamers with disabilities can rest it on their laps, a table or floor.

The controller has two large main buttons and comes with ports for gamers to connect other devices they may use such as joysticks or different adaptive devices. There’s also a removable clip on the bottom so gamers can attach the controller to their wheelchairs. Most gamers with disabilities have had to rely on customized controllers such as those offered through Evil Controllers. Microsoft’s controller is one of the only mass produced accessible controllers.

According to Entertainment Software Association, 65 percent of American households have someone who plays video games regularly. Microsoft said this makes gaming a “cultural segment” people with disabilities can miss out on because of accessibility.

Microsoft consulted people with disabilities and had disabled gamers test out the product and provide feedback on how to improve the controller. Gamers told Microsoft about the best placement for the buttons, and that having the device angled would help gamers play with their feet if needed. 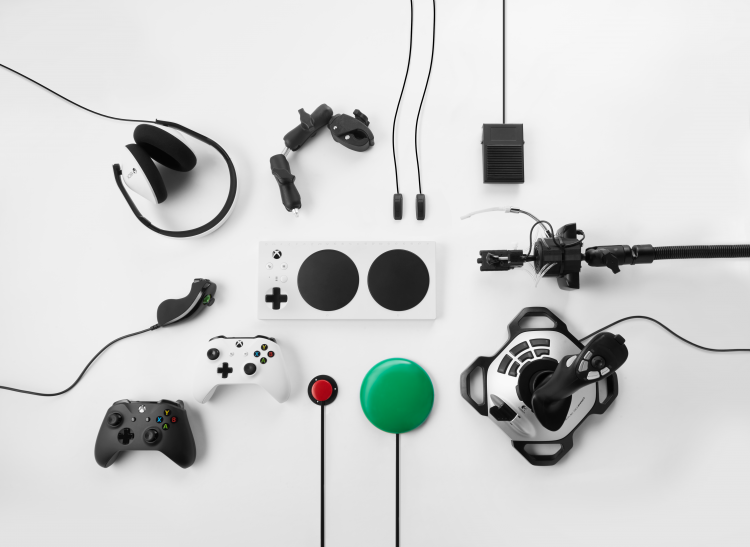 Microsoft worked with many organizations including The AbleGamers Charity and The Cerebral Palsy Foundation to help make the device as accessible as possible.

The controller will be sold exclusively at the Microsoft Store later this year and will cost $99. According to Microsoft, information about pre-orders will be released soon.