I know it took a lot of courage to call me and talk to me about your son. I’ll be honest, I’ve been wanting to call you or to catch you in the schoolyard. I’ve wanted to reach out to you since our boys were in kindergarten together. When we went on a field trip to the horse ranch and your son faced challenges, I wanted to reach out to you then. But I didn’t know how. I didn’t know where you were in the journey, so I didn’t know if what I would have said would have felt supportive or if my words would have cut like a knife.

I should have thought back to when my oldest son was in kindergarten and how I felt so much like an outsider. He had epic meltdowns at school events and the one and only birthday party he got invited to. Parents actually moved away from us, recoiling in horror as I led my boy out of the party room. I felt absolute shame as a parent and gut-wrenching sorrow for my son. So misunderstood. I should have remembered how much it meant to me when one or two parents reached out, however tentatively and awkwardly, trying to provide understanding and support.

So when you called to figure out if you should let your son go to our party that you weren’t sure if he could handle, I eagerly jumped in. I could almost feel your relief through the phone as you began to ask questions and marvel at the similarities between our two boys. I also explained that I work with exceptional kids and their families, and that truthfully, your boy won’t bring anything to our party that I haven’t seen or dealt with before — personally or professionally.

When I suggested he could go on our computer or watch a movie or play in my son’s room when he needed a break from the party, I think you might have started crying from relief.

When your son was the first one out in the first game, I would never have planned it that way. I would have understood if he had melted down, and I would have been right there with you, offering any support I could have. When he looked around and announced, “That’s OK, I’ll try harder next time,” and happily moved away from the group, I want you to know I did have tears in my eyes. Your boy has come so far so fast. You had every right to be so proud that night. I am so happy we got to be part of his magical night. I am happy for you that you got to witness his success and the kindness of so many of his classmates who intuitively knew what he needed and made sure he was included — even before I could move in.

In case anyone hasn’t told you this lately, you are a wonderful mom, and he is going to be OK. So much more than OK — he’s fabulous and so are you! 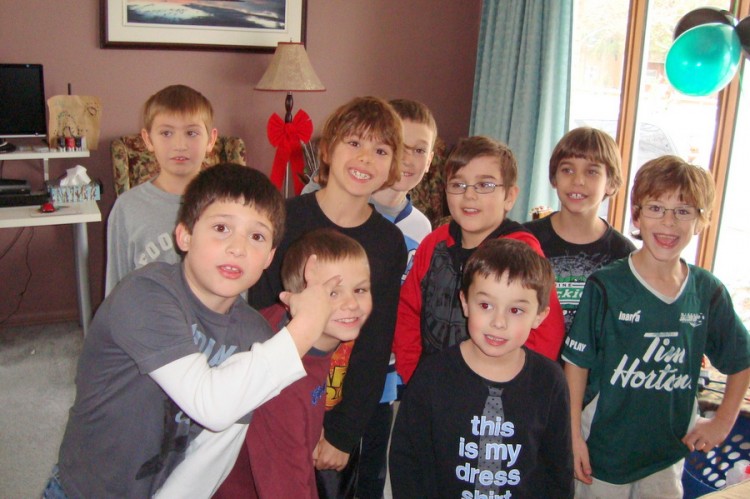 Tina Szymczak is married to an amazingly supportive husband who happens to also do laundry. She has two spirited boys, ages 19 and 14, who keep her on her toes. Writing has always been a way for Tina to communicate her feelings and experience in dealing with her own mental health and her sons’ disabilities. Follow her family’s journey on Spirited Blessings.