Unwanted commentary by strangers about my 8-year-old son who has Down syndrome is a common occurrence. I understand noticing difference; that in and of itself is not objectionable to me. What is objectionable is how my son’s difference is somehow seen as an invitation by strangers to make comments that — whether they know it or not — are offensive and hurtful.

These comments reflect society’s stereotypes about children with Down syndrome and fall into categories that are not only false but share the overriding belief that my son is only his Down syndrome.

My son is not unaware of these observations. He can be confused, hurt and often scared by them. I am then left to explain to him the unexplainable actions of strangers.

Public awareness and restraint of the following would make life a little easier for my son:

These people think other-worldly when they see children with Down syndrome. Sometimes it’s a sweeping generalizing like, “They are special children.” It’s at times like this I wish we would do away with the term “special needs.” I believe it’s just fueling the fire with these folks.

These comments can be perversely specific in nature. Take the one that happened in the juice aisle at the grocery store. A woman pushing her cart on the opposite side of the aisle stopped to beam at my son: “You know what you are? You’re an angel on earth.” I set her straight: “Yeah, actually he isn’t.” My son then howled like a wolf and we went on our way. I’m sure she thought he was exhibiting some special behavior rather than typical boy behavior.

These people think a child with Down syndrome embodies the powers of Lourdes or the celebrity status of Justin Bieber. I have had untold strangers ask for hugs from my son. I’m guessing in their mind they think: “I’m not some creepy adult. I just want to hug a boy with Down syndrome.” This request causes my son to run to me and hide behind my back. I had one woman repeatedly insist: “Please, please can he hug me?” “He really can’t,” I said putting my arm around my son as we walked away. She yelled: “How about a high-five then?” Another woman sidled up to us at a coffee shop and said, “Oh, I will just die if I don’t get a hug from this boy.” “Well then, prepare to die,” I countered. She giggled nervously and walked away looking over her shoulder.

The first time someone offered my son money — I saw before me a lonely, elderly woman whose grandchildren must live very far away, like in Iceland, and she wanted to give her spare change to a little boy with blond hair and blue eyes. This should let you know I do really think the best in people. Then she said, “He’s so precious and special, I want him to have this.” I can’t quite figure this one out. Is it an offering to the angels walking among us, or do they want him to put in a good word with The Big Guy Upstairs? If the person doesn’t have cash on them, they offer whatever is in their handbag, like the lady who tried to pawn off a package of crumbled saltines to him, explaining: “It’s not much, but I would like him to have them.”

The absolute worse offender in this category was a woman who waited on us in a convenience store a few days ago. Fortunately, my son was several feet away picking out juice with my husband when she engaged me in conversation. She pointed toward my son: “Do you mind me asking, but does he have Down syndrome?”

“He does. Do you work with children?” I asked.

“What? No.” I honestly could not believe she said that.

Before I had time to process her statement she asked, “Does he get upset easily?”

I thought, I just spent 10 seconds with you — and you very easily upset me to the point I want to key your car.

I said: “That’s not true. Any of it.” That was wasted on her, though, as I saw her stare at my son, supreme in the knowledge she was educated.

This one is an across-the-board favorite from all quarters. In fact if I had a quarter every time someone said, “They are always happy,” to me, I could hire a bodyguard to run interference in public. This belief is ridiculous and infuriating because it implies cognitive challenges flattens the human experience of children with Down syndrome rather than the reality, which is that they, too, live rich and complex lives.

In public other children often stop to stare or point my son out to their parents. This one is tricky because they are children — and they are someone else’s children. I usually position myself between the child and my son and loudly say, “Hello!” hoping to break their trance.

I am dependent on the parent to do the right thing. This week that fortunately happened. A girl pointed at my son and asked her mother, “What kind of boy is that?”

The mother said: “What kind of boy? He’s a small boy.”

That is a true statement. My son is quite small for his age. 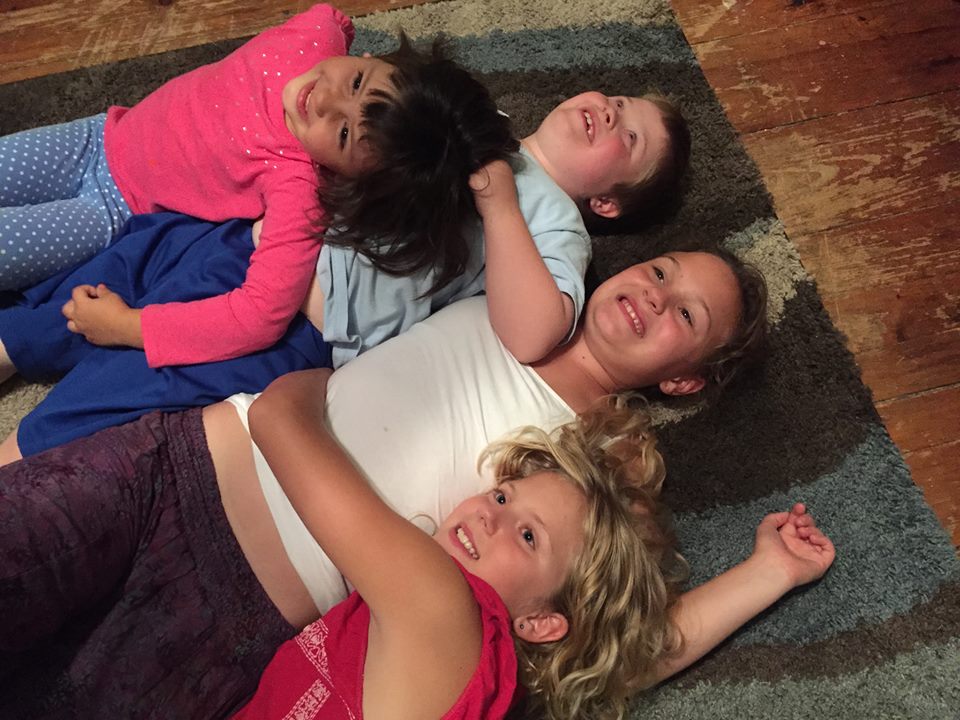 Kari Wagner-Peck believes disability is a natural part of life not to be feared or pitied. She lives with her husband and son in Portland, Maine. She has been published at The Huffington Post, The Good Men Project, Parents, BLOOM, The New York Times Motherlode Blog, among other sites.