When Kindness Isn't Enough for My Son With Down Syndrome

In our current culture, we cannot underestimate the importance of being kind. “Kind Is the New Cool” is the motto that my 11-year-old daughter has adopted in her advocacy efforts, and I hear myself constantly reminding all three of my kids that kindness counts. 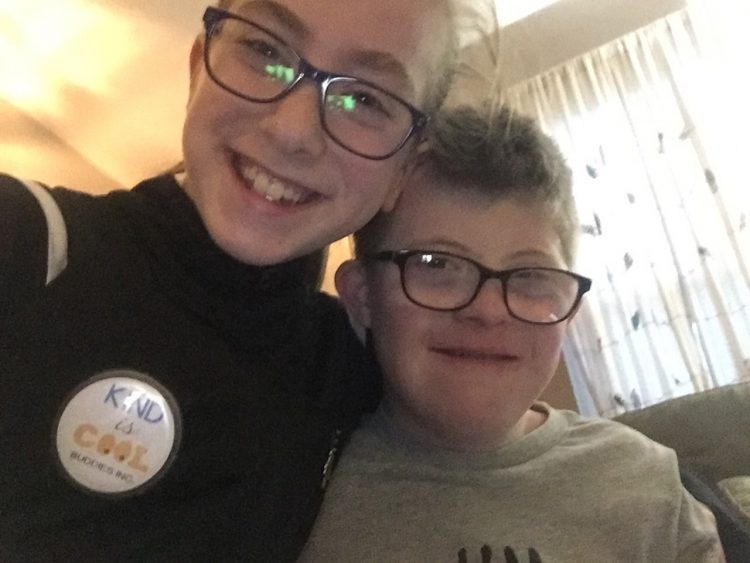 But for my teenage son with Down syndrome, sometimes kindness just isn’t enough.

Alex is a fortunate kid in that he has many acquaintances at school and in our community. He receives plenty of high fives in the school hallways, and he hears many enthusiastic “hellos” when he passes a familiar face in the grocery store. He is constantly met with kindness, and for that, we are very grateful.

While we teach our children to be kind, how often are we teaching them to actually be a friend? To invite a peer to hang out after school, or join their “friend group” for ice cream? To respectfully speak to their peers with dignity?

Not long ago, we ran into a schoolmate while we were out running errands. This young person cheerfully greeted my daughter, and then also spoke to Alex. With my daughter, she used her typical tone of voice, but with my son, she spoke in a high-pitched tone. She talked to him like he was a 2-year-old, even though he’s actually two years older than her. In the middle of her conversation, he shot me a look that clearly said “Really?!” My daughter was visibly troubled by the exchange as well. It can be somewhat exasperating for all of us because we know that people have the best intentions, but we do wonder when the realization will hit that Alex is just a kid who wants to be treated like everyone else.

Alex enjoys those cheerful greetings and generous high fives, but just like any kid, he longs for the day when there will be a knock at the front door from one of his friends, asking him to play. He looks forward to the time when he’ll bring home a birthday party invitation. He dreams of having a group of friends that include him because he’s a loyal, fun, genuine kid. As his mother, I spend a lot of time agonizing over how we can help him make these authentic connections without embarrassing him (he is a teenager, after all), and without seeming like a creepy, helicopter parent for trying to set up friendships for my teen.

While I continue to chew on that quandary, here’s what parents can do to help families like mine: encourage your kids to not only be kind to everyone, but to also truly include everyone. Help them reach out to kids like Alex, to build true friendships. Teach them to be just as loyal a friend that Alex would be, and urge them to do it because Alex is worthy of having friends, not because it would make a great viral story on social media.

When we can master awareness and kindness, and move beyond those two essential elements, we will enjoy true inclusion. How magical that would be!

Jen Franklin Kearns is a mother of three who dabbles in writing and excels in sarcasm. When she isn’t busy driving her children to dance classes, basketball and soccer practices, or school events, she enjoys reading and perusing nonsense on social media. Jen is a tireless advocate for inclusion and equal rights for all, but her advocacy efforts focus primarily on issues which directly affect her son with Down syndrome. Follow this journey on Coffee and Inclusion.