A year ago Samuel Forrest’s life abruptly changed forever. In the span of just a few days he gained a son, began divorce proceedings with his wife and found himself the focus of a lot of media attention.

Now, a year later, Forrest and his wife have reconciled.

Leo Forrest was born with Down syndrome on January 21, 2015 in Yerevan, Armenia. After he was diagnosed, his mother, Ruzan Forrest, gave his dad, Samuel Forrest, an ultimatum: if he decided to keep the baby, she’d file for divorce.

Samuel Forrest decided not to have Leo placed for adoption.

“They took me in to see him and I looked at this guy and I said, he’s beautiful, he’s perfect,” Forrest told ABC News last year. “I’m absolutely keeping him.” 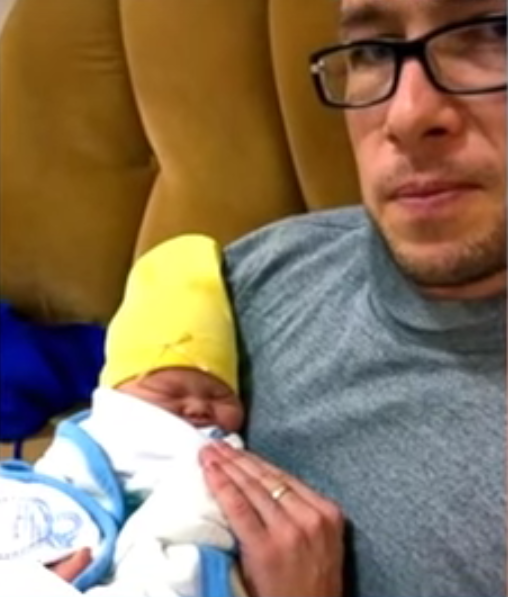 Forrest decided he and Leo would move back to Auckland, New Zealand, where he is from, and his wife remained in Armenia and began divorce proceedings.

Forrest went public with the decision he’d been faced with to help raise money to support his son and get Leo from Armenia to New Zealand. He created a GoFundMe fundraiser page called “Bring Leo Home” with the goal of raising $60,000. After Forrest’s story went viral, his campaign raised more than $500,000. 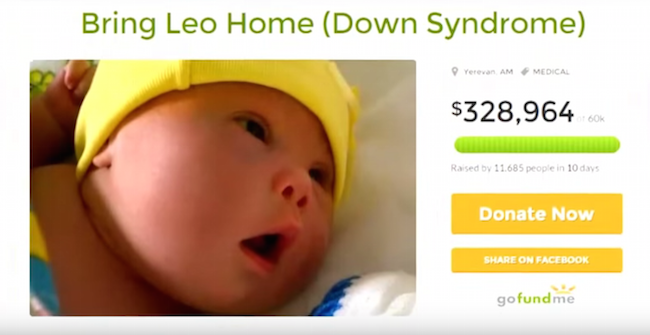 Now, one year since Leo’s birth, he’s living in New Zealand with both of his parents, ABC News reported. Ruzan and Samuel Forrest reconciled over Skype when Leo was about a month old. Ruzan then moved to be with her family. Samuel Forrest says it was clear her initial ultimatum was the result of cultural misunderstanding and pressure from her family.

“At first I was very, very scared because I didn’t know what Down syndrome was like. Doctors said he would be like a vegetable. It was very scary. I think I was also very selfish and then there was depression…[it was] all of that together,” Ruzan Forrest told ABC News. “I love him [Leo] very much. One year ago, I couldn’t imagine life with him and now, I can’t really imagine my life without him. He’s changed me so much. I can say I’m a different person now.”

Forrest says Leo is receiving therapy for both physical and intellectual development, can say the word “dad” and is now crawling.

He had this to say about his wife:

“She’s adapted to Leo’s therapy programs and she’s turned out to be a wonderful mother,” he told ABC News.

Related: Why I’m Not Judging the Mom Who Chose Not to Parent Her Baby With Down Syndrome

Save
Conversations 21
We use cookies and related technologies to help identify you and your devices, enhance your experience and conduct advertising and analysis. By choosing "Accept", or by using this site, you are agreeing to our use of cookies. You can read more about how The Mighty uses cookies in our Cookie Notice.
Manage Choices
Accept