This is my son, Parker: 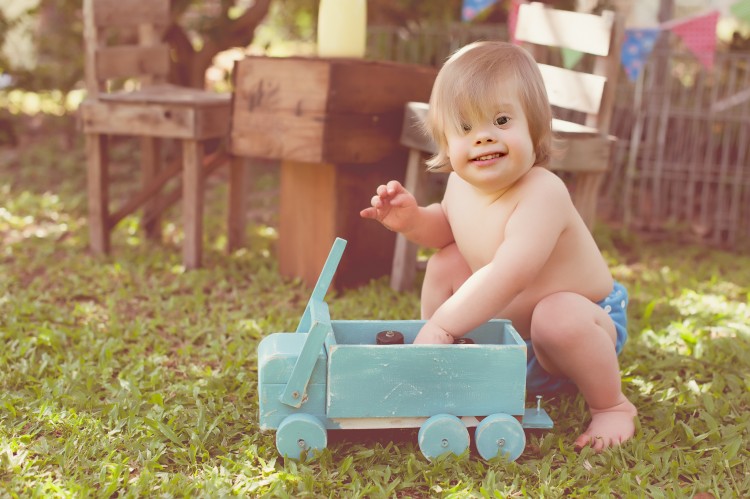 I’ve been informed he will be very angry 18-year-old one day when he finds out his childhood secret. When he’s not playing with trucks and getting about in blue cloth diapers, I’m busy ruining his life by dressing him up in bright colors, letting him choose his own outfits in the morning and watching him try hats on at the grocery store.

Typical. The only hat he's ever kept on his head and it's a stunning shade of lilac. Real men wear PINK!#notafloralonesie#pinkcamouflage

I posted this photo on my Facebook page. But it wasn’t until I shared the image in a kid’s clothing Facebook group the true extent of my imperfect parenting came to light. 70 plus comments later, numerous women were removed from the post by admin, kicked out of the group and their comments were deleted.

Over a floral onesie.

The common critique in the dissenters? That I dared to dress a boy in an outfit “meant for a girl.” I sat in my bed drinking tea, regaling my family with the latest comments and updates, which were hilarious to say the least. I won’t re-post them, because they were over the top and don’t deserve the air time, but this is how it ended.

Yes. This really happened. I know.

Now, I’m aware I’m not really the coolest mom around. I don’t drop hundreds on limited-run baby outfits sold secondhand for hundreds. I shop online for kid’s clothing, mainly sticking to the same few brands which have accessories I like. (In this case, a zipper so Parker can’t undress himself.) But I keep a range of colors, patterns and textures in his drawers to give him some freedom of choice and a good range to choose from.

I was so genuinely surprised to see this as an issue I headed back to the website I purchased the outfit to check if there was a disclaimer. Maybe: Restricted For Use By Females Only.

So my question: Why the hate? These comments wouldn’t have been acceptable in any forum if they were addressing his physical appearance. So why is it OK to target the clothes a child is wearing?

I know this may seem like I’m making a mountain from a molehill. But believe me, when I read comments criticizing a 2-year-old’s outfit, I felt the need to press the issue, while celebrating floral prints in all their glory.

My son has Down syndrome. I bet the comment writers didn’t notice that because his face was covered by a glorious lavender felt hat. He is going to grow up jumping hurdles of outdated stereotypes. This issue is a mere drop in the bucket of assumptions I already fight every day and try to raise awareness about. I truly don’t care if he grows up and decides he likes pink Ralph Lauren shirts, or pajamas in a startling shade of fuchsia. Or even those floral shirts all the husbands are wearing.

We’re all aware little boys were once traditionally dressed in red and pink, and girls in blue. Now, that switched around is the social “norm.” God forbid you break the rules. Gender stereotyping is real. It limits choices in the most superficial and ridiculous way. I don’t even know how to put it simpler: Dress your kid in whatever the hell you and they want to wear. And then go put them on Facebook.

Oh and Internet, don’t judgy. It doesn’t go with what you’re wearing. 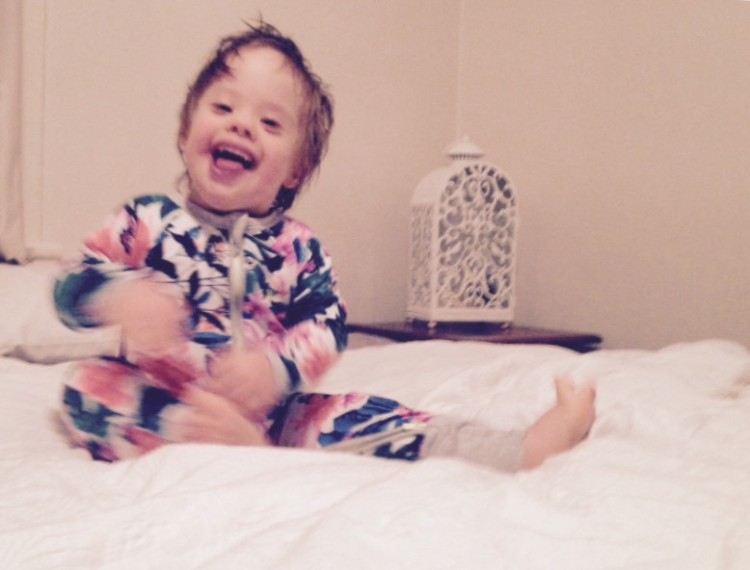 A version of this post originally appeared on Parker Myles.

Kat Abianac is a mum, a writer, and specialises in life hacks for busy mommas. Her son, Parker, has Down syndrome. You can follow her at Hack Your Family on Facebook.