“We can still come back and win. It’ll only take two touchdowns and a field goal,” I said to my grandfather during one of the many brutal bowl games of my childhood.

“No. They won’t.” He sat with his arms crossed, defeat accepted, but he still watched the game to the end.

“You’re a pessimist.” I moved to the floor in front of the TV.

A realist, it was explained to me, doesn’t think the worst will happen every time like a pessimist does. A realist takes life for what it is and accepts the whole package. A realist doesn’t invest worry and emotion into a lost cause; a realist deals with what is real.

The other day I was thinking to myself, if someone had told me — that young 10-year-old me — “In 35 years or so, your son (to be) will release a children’s book. A really great one, in fact,” I’d have likely nodded my head. Sure. Sounds good. No doubt, I was an optimist.

If then, only nine years later, as I sat in the hospital room having heard the words “Down syndrome” about the sweet son I had only just met, would I still have believed that future? Would I have believed it possible that we’d create stories together and he would outpace my imagination and storytelling skills? Well, yes, I think I would have still said, “OK.” Because, as people said, I was an optimist.

Five years after that, while immersed in the stubborn bureaucracy of the public school system, I fought for a classroom that would integrate and challenge my son. I knew then that there was talent, intelligence and ambition wrapped up in the makeup of my boy, and these traits required a push from his educators. The school couldn’t/wouldn’t accept this and I lost. Neither my insistence of my son’s needs and skill sets, nor my attorney’s request, got through the bureaucracy.

The “system” didn’t believe in my son Marcus, but his family and friends did. We moved on to the Madonna School, where defeat was not an option, and soon Marcus and I began creating together on the weekends.

Now, here we are. Marcus is a 25-year-old with Down syndrome who just released his first storybook for children, “Black Day: The Monster Rock Band,” with an animated short on the way. And this is just the beginning; there are more stories and scripts to come, I’m sure, because Marcus is a creative, talented person with stories to tell. I knew this all along.

So, like my grandfather before me, turns out I’m actually a realist. 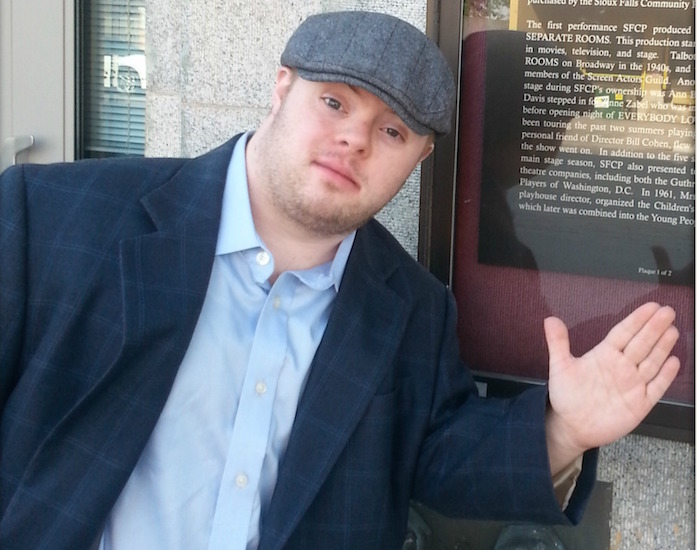 Mardra Sikora is an author, speaker, &#038; advocate who believes in the power of words and uses both fiction and non-fiction to advocate for and with her adult son, Marcus