When my son Davy was born, I thought everything was fine. He sucked his bottle differently, but I was sure he’d get the hang of it soon. And yeah, he had some dysmorphic features, but they made him cuter. And the crying…well some babies are just fussy, right? But by the time he was a week and a half old, it was obvious that something was wrong. He started refusing the bottle and became increasingly fussy with bouts of screaming.

Davy’s doctor quickly exhausted her resources as he continued to worsen. At 2 months of age, he only weighed 8 pounds and was eating 7-8 ounces of formula in a 24-hour period, so she made the decision to hospitalize him. During that nine day stay, Davy had surgery for a G-tube placement. When we left the hospital, we had appointments scheduled with several specialists.

Within a short time, our lives were dominated by doctors’ appointments. We were told we were lucky to live close to a world-renowned hospital and clinic where Davy could be seen, but we quickly became disillusioned.

Davy’s specialists were not on the same page, and there didn’t seem to be any communication between them. Because the clinic was so big, their offices weren’t located near each other and were usually not even on the same floor. The pediatrician was in a different part of the city completely. Davy was assigned a care coordinator, but she only worked at the pediatrician’s office and wasn’t fully aware of what was going on at his other appointments.

After nine months, we were beyond frustrated and no closer to getting answers for Davy’s growing list of health concerns. I was tired of fighting to be heard by the doctors and having my questions dismissed. The final straw was when we were discharged from the hospital after a one-night stay for observation of fever and respiratory symptoms even though his vitals hadn’t improved. 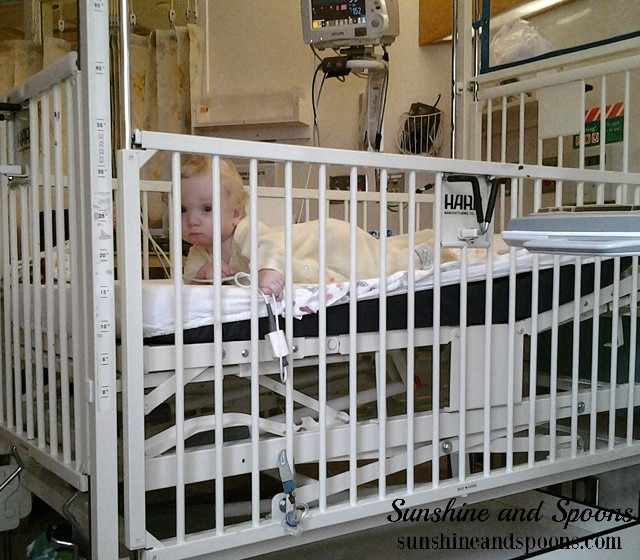 The next day, Davy was still very sick and struggling to breathe, so we decided to take him to a different urgent care. The drive to Gundersen Lutheran in La Crosse, Wisconsin was twice as far for us, but we figured we had nothing to lose at that point.

I was amazed at how seriously the urgent care doctor took our concerns. She disagreed with the diagnosis of worsening pneumonia he’d received just two days before as his symptoms didn’t fit. We left that visit with instructions to discontinue his antibiotics (which weren’t helping anyway), new ways to treat his symptoms, a RSV diagnosis (which the other hospital hadn’t tested for), and an appointment with a pediatrician so we could get referrals to all the specialists Davy would need to see. Because of his medical complexity, Davy was assigned a care coordinator who attends just about every appointment and is just a phone call away to answer any questions (and I’ve had lots!)

I was blown away by Davy’s new team of doctors, and it didn’t take long at all to see the benefits. At the previous health care system, team was the last word I’d have used to describe the doctors he saw. Within a short time, we were getting answers for Davy’s health, and he was showing improvement. He also received a primary diagnosis of Ehlers Danlos syndrome.

The pediatric specialists at Gundersen Lutheran work in the same department in close proximity to each other, something that wasn’t possible at the other clinic because of its large size. They have monthly meetings to discuss the care of their shared patients. Many times, we would be at the clinic for an appointment with one doctor, and he or she would want to discuss something with one of his other specialists, so would ask them to stop in during the appointment. At one point, we had three doctors in the room discussing Davy’s care even though we only had an appointment with one that day.

The coordinated care includes us as well. Davy’s geneticist once told me I am just as valuable a member of Davy’s team as the doctors are, probably even more so since I am the one who knows him best.

These are just some of the benefits we’ve experienced from having doctors who practice coordinated care:

Have you had an experience with coordinated care or a lack of it? How has it affected your medical care?

The Mighty is asking the following: What’s the best thing a medical professional has said to you related to your (or a loved one’s) disability, disease or mental illness?  Check out our Submit a Story page for more about our submission guidelines.

Hannah Wingert is a mom of four. She and 3 of her 4 kids have Ehlers Danlos Syndrome. She blogs about special needs, chronic illness, parenting, and life in general at sunshineandspoons.com. She loves reading, writing, sewing and chai lattes.