I was raised to savor life, to seek out the joy, and to stay focused on the positive. I grew up surrounded by boisterous laughter, a playful roasting of on loved ones, and quick-witted comebacks. It was the only way I knew how to live and fell in love with my husband because he exhibits all of these qualities, and more. I realized, though, that I had never experienced a challenge that would cause  seemingly insurmountable sadness. I had never been truly tested. It is incredibly easy to be positive and optimistic without obstacles. Therefore, I’d often wondered how I would handle an event like this, knowing there was no immediate or predictable closure, no quick-fix. Would I keep my optimism and still smile brightly, radiating a cheerful demeanor? Would humor remain in my life? 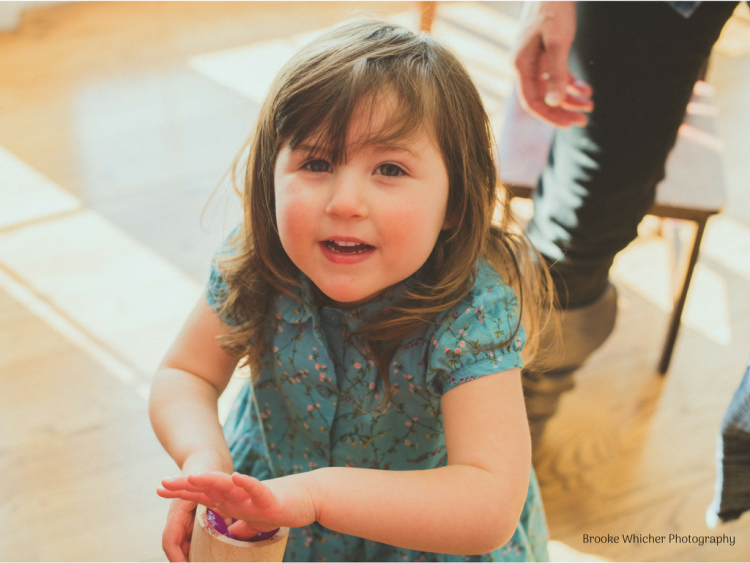 I did not have to speculate long. After a few months of revering the near perfection of our newborn daughter, Robbie, it soon became clear that our parenting life would have an atypical narrative. We had started to notice  she was experiencing difficulty developing, and failed to reach the average expectations on all aspects of criteria as evaluated by an early intervention program. As she entered her “toddler years” with nary a toddle, we knew a more in-depth look into the origin of her struggles was necessary. About a year after we began our diagnostic journey, after developmental evaluations and brain imaging, we entered the intimidating and awe-inspiring world of genetic testing.

After having been tested for over 200 different types of genetic disorders that aligned with her symptoms, we were told Robbie possessed a gene mutation connecting her to only one. Being autosomal recessive (an inherited mutation must come from each parent to be symptomatic), this meant my husband Chris and I were summoned to unceremoniously provide our saliva to confirm or dismiss this finding. Unaware of the specifics beforehand, I steadfastly believed we were going to be informed of a diagnosis that contributed to her brain anomalies and consequential delays, but would remain benign going forward. Robbie would continue to move onward and upward, as she’d shown she was capable of after so much practice, effort, and encouragement.

When the genetic counselor mentioned spastic parapalegia-47 (SPG47), there was an anticlimactic silence. One cannot respond dramatically to something of which one is completely unaware. “Uh, what is that?” was the best we came up with. She went on to explain that the children affected were born with low muscle tone, struggled to make milestones, and eventually learned how to walk either independently or with assistance around two or more years of age. Robbie had learned to walk just a few months earlier. She paused. “And then what happens?” I managed, as I choked out a sob.

She continued, telling us that soon after their muscles began to tighten, they could  lose the ability to walk, which could be as early as six months after accomplishing that milestone. Of the hour plus we spent in the office talking to the genetic counselor, this is my recollection of what SPG47 would entail: “non-verbal,” “severely intellectually disabled,” “paraplegia or quadriplegia,” “nine people in the world diagnosed,” “blood-related marriages,” and “unreachable in the Middle East.”

I could not have been happier leaving that appointment. I distinctly remember chirping to Chris, “Well, I feel good about this. What are the chances that our daughter is the tenth person in the entire world with a disease?” The majority of families affected (three out of four) were inter-familial marriages. This was a no-brainer. Chris countered with, “What are the chances that Robbie shares several of the same symptoms, has the same gene mutation and doesn’t have it?  I think that would be even less likely.” Immediately, I began to crumble.

My narrative now had an antagonist. While we waited for our saliva test results, my nemesis became the list of clinical symptoms that, in the interim, could tether Robbie to the SPG47 diagnosis.  Having a history of Googling bordering on obsessive, I put my skills to work. Any medical reference I was unfamiliar with, which was just about all of them, was entered. Some were immediately dismissed, others required further scrutiny, like “mouth: high-arched palate.” Does she have a high-arched palate? Repeated viewings attained by intensive tickle sessions on the bed left Chris and me unsure, leaning towards “it does look a little high.” I needed a base-line. Under the guise of checking for any loose teeth, I asked my 5-year-old son, several times, to look inside his mouth. He said I was weird. Then I read “nose: wide nasal bridge.” I found myself in public analyzing youngsters. I’d try very hard to make it look like I was admiring the adorableness of the tot. But sometimes, when one’s would be similar to Robbie’s, I’d linger too long, my expression frozen, wondering if this toddler was fine and healthy or harboring a genetic abnormality that laid claim to a “wide nasal bridge.” I got some pointed looks.

After a long, somber week, I was no closer to overriding the possibility of an SPG47 diagnosis. I seemed to exist in a vacuum where every thought and adult conversation led back to whether or not Robbie could have this ultra-rare neurodegenerative disease. It consumed me. Our house had become devoid of humor and levity.

One night, while feigning to watch a show with Chris, but really revisiting “valgosity of the hips” and “genu recurvatum” on my good friend Google, Chris said inexplicably, “You know, if we’re related but, like, five generations ago, I would be OK with that.” I laughed and laughed. I laughed until I cried. Afterwards, I realized the one thing I hadn’t considered in my recent plight: while there were still unknown challenges lurking, they were not mine to face alone. For better or worse, they were our challenges. 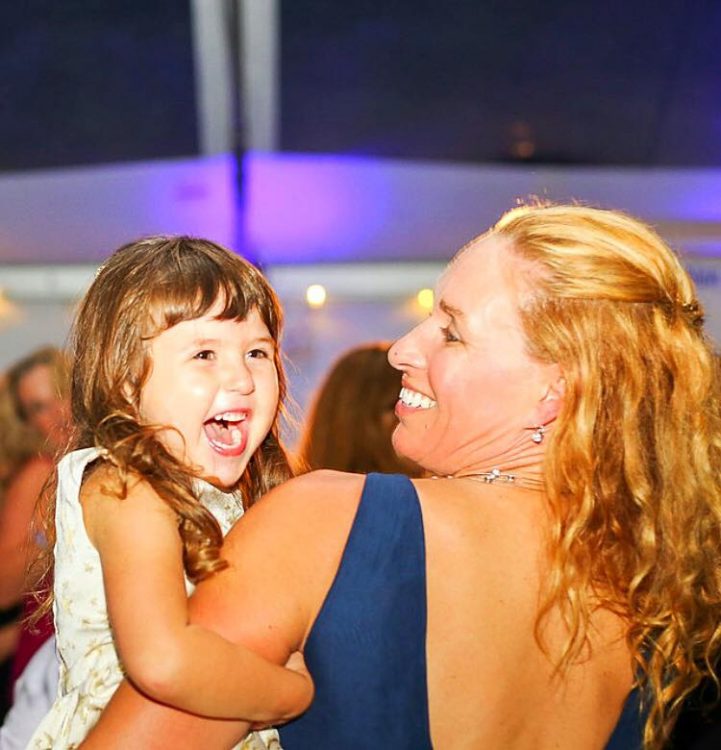 Kasey is the mother to a beautiful, amazing little girl with an ultra-rare neuro-degenerative disorder, SPG47, and has been integrally involved in the initiation and funding of research that may stop or slow down the progression. She writes about their incredible journey on her blog, Holland in a Handbasket.