When 'How Old Is He?' Isn't a Straightforward Question for a Parent

“How old is he?” you ask at the gym session we both go to.

I always thought that was a straightforward question with an obvious answer. But then my youngest came along.

Now whenever I get asked that question, I hesitate. What do I say? “He’s 3, but…”

I’m not sure when I really started to worry. It was a gradual thing, I suppose. He sat up a little later than some babies, but that was fine. He didn’t crawl until 11 and a half months; I was just grateful that he would still stay where I left him so I could chase the other one. Walking was at 18 months. But there were so many other little things. With my first, I would read the books avidly every month and crow at all the things he had ticked off before time. With my youngest, I gave up as he never did any of the things he was “supposed” to by a certain age. But some children just do things a bit later, don’t they?

“He’s 3, but his understanding is limited.” So when I ask him to do something and he runs off instead, he isn’t being as naughty as you think, it’s just that he doesn’t understand.

“He’s 3, but he’s bigger than a lot of 4-year-olds.” So when he pushes your daughter out of the way to reach his ball, believe me, I’m watching him even closer than you are. I’m very aware that he might hurt her, but I know he won’t intend to.

‘He’s 3, but he’s got…” And there it is, I just can’t say those words. Developmental delay. Additional needs. That’s what they are saying in all these appointments we’re having now. Speech and language, exploratory play, coarse features, portage, Specialist Early Years: I’m having to learn a whole new language myself. Of course I understand what they are saying, and how important it is to ensure he gets the support he needs. But when it comes down to it, I look at his chubby, grinning, open, wonderful little face and can’t bear to label him like that. 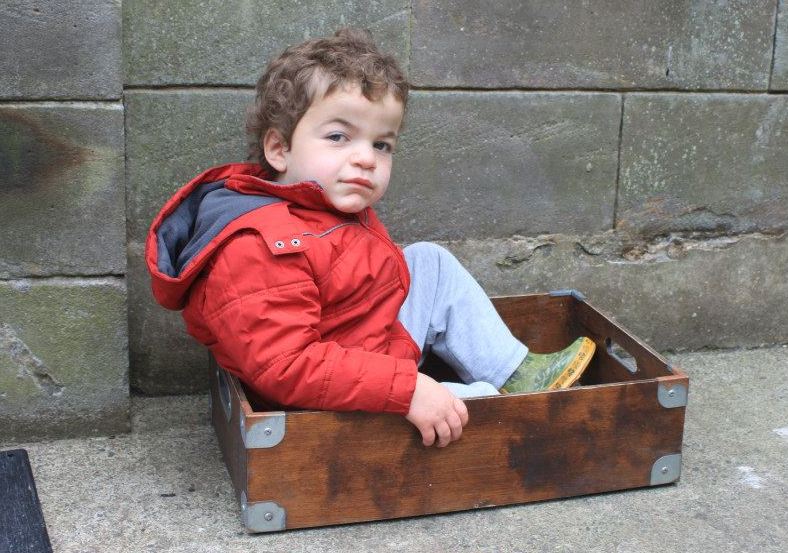 He is progressing all the time, and I’m overjoyed at each new thing: walking upstairs by himself, doing an action to a song and saying “moo” when seeing a cow have all been major achievements lately, and I’m so proud of them.

But the reality is beginning to sink in.

I’m afraid about what will happen when I’m not able to watch him every minute, that he’ll be rejected by other children in the school playground for not knowing “the rules.”

I’m envious when I see your 2-year-old trot happily along next to you on the school run. I tried it once — he spent half the time trying to run in the wrong direction, and the rest lying down in protest when I wouldn’t let him. I had to carry him in the end, which is no easy matter — he’s over a third of my weight now.

And worst of all is guilt. Believe me, I’m a past master at the guilt thing — most mothers are. I went through all the normal ones with my first. Was I right to give him a pacifier? Will it hurt him if he has the occasional bottle? Should I really let him watch that much TV? But they pale into insignificance compared to my latest ones. I feel guilty that I often get bored spending time with my own child. I feel guilty that sometimes I wish he was more like his overachieving brother. I feel guilty that I look forward to the mornings I leave him at preschool. And worst of all, I feel guilty that maybe it was me that did this to him — that my ancient, worn-out eggs have failed him somehow. 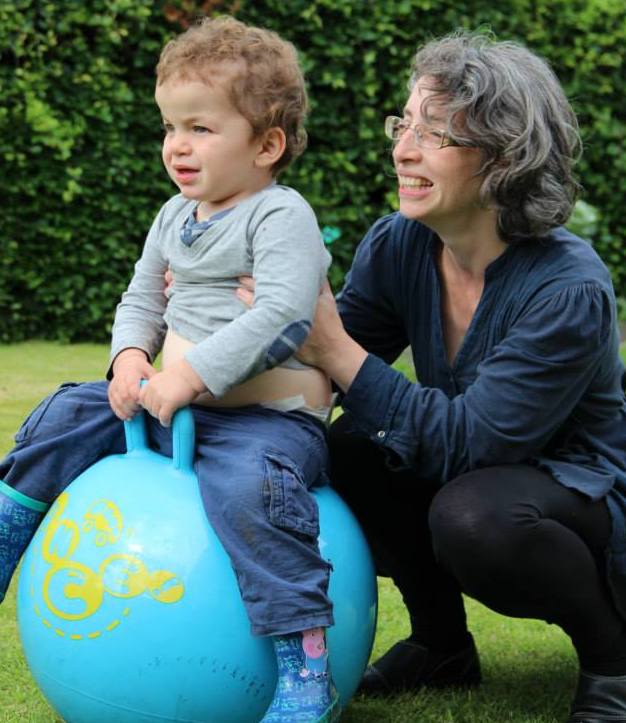 But as when all the evils of the world came pouring out of Pandora’s Box, at the bottom there lay hope. We don’t know what the future will hold. Sure, the gap between him and his peers may widen, but there is also the possibility that it will narrow.

Sometimes I have to remind myself to keep hold of that hope and cherish it. Why? Because of love.

Love for my boy whose smile lights up my world. Love for my boy who, after I’ve been away for half an hour, greets me as if it was a year. Love for my curly-haired, freckle-faced boy who will chat happily to anyone and anything. My little Pudding, amazing and unique just the way he is.

Which is why I need to relearn the answer to that question.

Follow this journey on A Hunter’s Life – Learning to Live With MPS II.