When Lupus Made My Hair Fall Out

It has been four years since my last flare-up. For those of you who aren’t familiar with autoimmune diseases, I’ll give you the foot notes version. A flare is when your body goes from being in remission (acting normally) to being out of remission, and begin to attack itself. The result can be mild or it can be catastrophic. I thankfully have only ever experienced mild cases, although they were not easy. Some of the main symptoms I deal with when I go through a flare is the butterfly rash, joint swelling, fatigue, sun allergies and fevers. There is one more symptom that I think takes a lot more out of me then all the rest –  it’s the process of losing my hair.

The very first time I realized that I was starting to lose my hair was right after I was diagnosed. The doctors had said that there was a possibility that I would lose it, so in my naive adolescent nature I figured I would be the one patient that wouldn’t. It wasn’t until a couple weeks later that I found out how wrong I was. I can still recall the day to the tee, mainly because it was the night before homecoming and I was really excited to go to my first high school dance. I had jumped in the shower like I normally would, but realized after some time that the drain in the shower wasn’t working properly. When I reached down to see if maybe a rubber band or perhaps wash cloth was the culprit, I found it was neither of those at all, but a huge clump of my long dark hair. In horror I jumped out of the shower and ran straight to the mirror. It was then that I was looking face to face with a gulf ball size bald spot located dead center of my head. Instantly I thought, “How am I supposed to go to homecoming now? Everyone is going to stare at me, I am so ugly.”

Hearing the sounds of sobbing coming from the bathroom, my grandma who was visiting at the time met me at the door. Without asking a question she wrapped her arms around me. That was the great thing about my grandmother; she never really needed to say anything because her presence was the more comforting then words. I laid on her lap like I always did as a little girl and she began to rub my head. I cried and begin to tell her how unfair it was. Asking why I couldn’t have lost my hair after homecoming, because now I was going to look ugly when I go. She abruptly stopped rubbing my head as if I had said something that offended her and replied,” I want you to always remember something mija – the best kind of beauty you will ever have will always come from your heart. You will always be beautiful because the beauty on the inside lasts forever.” I sat up and of course hugged her once more and allowed those words to make a home in my heart. 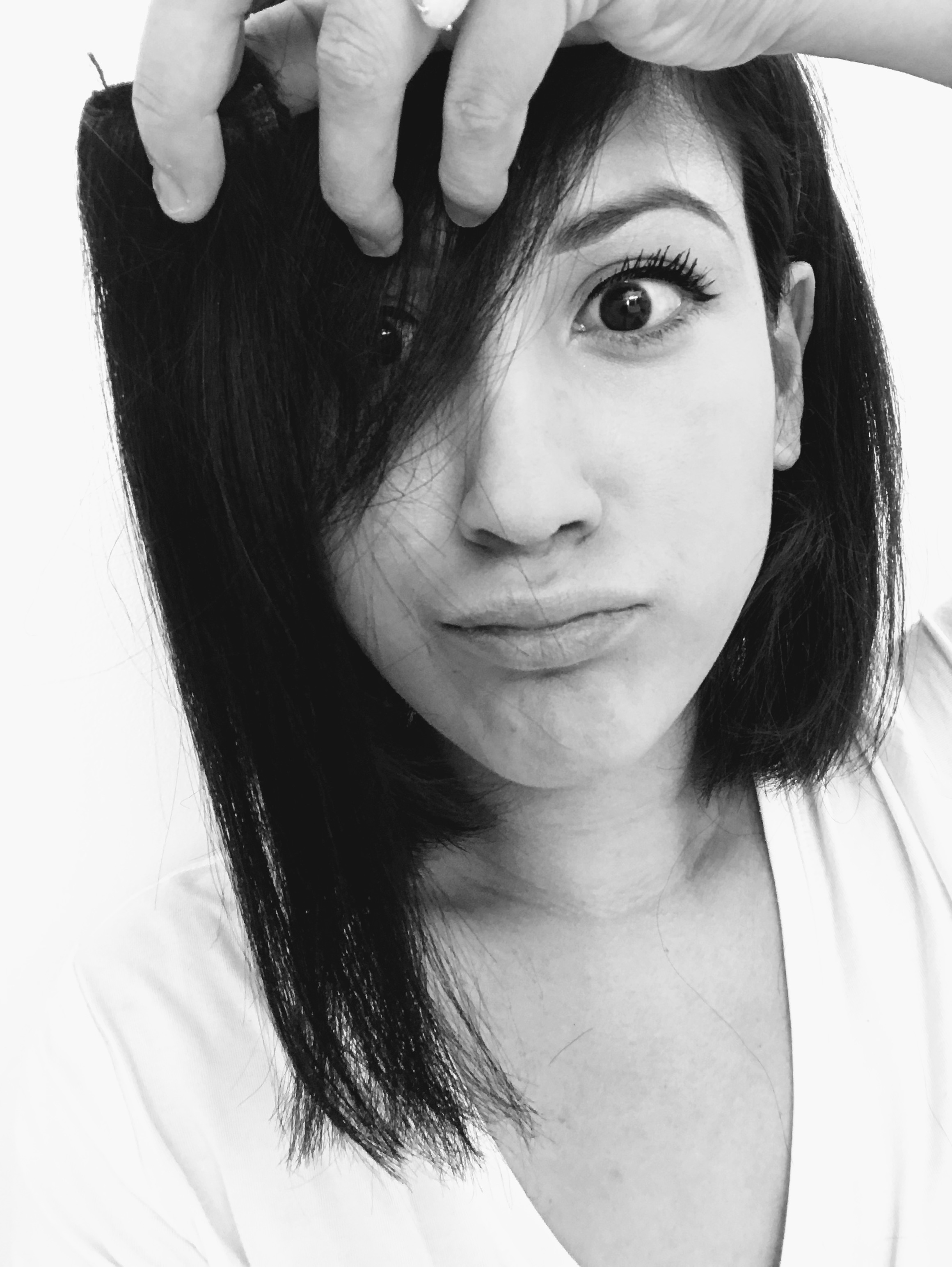 Going forward I decided that if this was what I was going to live with, then I was going to define what was beautiful for me. I had to stop allowing what society made me believe was beautiful and make up my own kind of beautiful. I think the biggest mistakes we make as woman, is go by a certain idealistic rule book that says in order to be happy we have to look a certain way, and if we don’t, we are not considered beautiful. That can be so exhausting and can do serious damage to our self-esteem. I knew that if I was going to climb this mountain called lupus, then I had to re-evaluate what beautiful was to me. The old way of thinking just wasn’t going to cut it anymore. Below are a few things that helped empower me through the years to define my kind of beautiful:

1. I cut it all off. Whether it be metaphorically with the mind sets of what beautiful should look like, or for me physically by cutting off my hair. I knew that holding on to what was wouldn’t get me where I needed to be. Anything that was holding me back had to go! If you ever want to know true liberation feels like, try cutting off your hair! It was scary like all new things are, but felt so good.

2. I tried new things. Instead of moping around and wallowing in self-pity, I started to look for ways to make myself feel beautiful again. There is a difference between knowing and feeling. It would be super naive for me to say that I didn’t care about feeling beautiful on the outside, because lets face it, us women not only need to know it – but to own it as well. So the next thing I did was try fun wigs, buy super cool hats and when my hair got long enough again, I played around with extensions. Now I know most reading this aren’t in the market for wigs, but maybe trying new things for you could be stepping out of your comfort zone. Or buying that dress you’ve been eyeing but haven’t because you are convinced that you need to be a certain size first. I found that if I make up my own mind on what feels good to me, then I wouldn’t be so prone to looking everywhere else for self satisfaction.

3. Accept what is. One of the things I had to learn to accept was that there was a huge possibility that I would be having to deal with this my whole life. This one was a hard one because I had to stop putting so much focus on me and my ailment, and start redirecting it elsewhere. What helped me accept this process was by sharing my story to inspire others. I used what was meant for bad and turned it around for good, and because of this, I realized that the most painful things we may go through can actually have purpose if we allow it to. Maybe for you it could be picking up the phone when you are having a bad day and call a friend who needs encouragement. Or donate your time to help others who really need it. If we would spend more time focusing on using our struggles to help others it takes our minds off of feeling sorry for ourselves and empowers us to make a difference.

These three things have helped me so much through out the years and even now. This past year and a half I have been battling my first flare since becoming a parent. The hair that took me so long to grow out is now falling out once more. Being a parent, dealing with a flare and the emotional process of losing your hair is no walk in the park. Just last night my daughter asked why all my hair was falling out. So believe me when I tell you that having a list or not, it’s still a struggle. And I have to admit my first reaction in that moment was to run back to the mirror just as I did years ago and cry out, “Not again.” But what I found through each instance is that I keep adding to my list of ways to get through.

This recent experience has allowed me to cope in such a different way and because of this I am able to add a fourth number to my list and that is:

4. Be the change. We have little eyes watching us daily. Maybe for those who don’t have kids, maybe you may have sisters or others that look up to you. If my daughter is going to learn how to be confident in her own kind of beautiful, what better way to learn from the example I try to lead daily. When we show the next generation that beautiful has all types, imagine how many confident, secure and courageous woman will rise up. It will start a revolution showing that beauty has all types. and I don’t know about you but nothing would make me more proud then to see my daughter exemplify that to others!

Will my hair grow back? Yes, most likely. Will it happen again? Maybe. Is this list to cope going to save me from the mirror of self dissatisfaction? Not always. And it’s OK. It’s OK to get frustrated – we all want to feel beautiful. But what I am trying to get through in this post isn’t to prove there is an easy way out, but that there is a light of hope even in the most darkest times. Even when you are staring at yourself in the mirror and deciding if you are beautiful today, my hope for you after reading this is to remember beauty has all types and yours is the best for you!