When my children get sick, there’s an involuntary reflex that goes off that makes me not just want to help them, but to cure them. When my daughter started to have worries and severe anxiety four years ago, the first impulse my wife and I had was to get her help. When she was diagnosed with obsessive compulsive disorder (OCD), we made it our mission to cure her.

In this approach, we did a lot of things wrong. We accommodated. We participated in OCD rituals. We gave in.

I realize now I was driven by the thought that I could change what she was feeling. I initially approached OCD like a virus and told her to, “Get plenty of rest,” or “Try to relax.” I did things to distract her, turning on the television or letting her sleep in our bed.

Of course, what I really did was let OCD run our lives. I think I did this because I thought we had the power to beat her disorder. My wife and I just needed time to find that magic cure.

As we began to read about OCD and learn about how effective OCD treatment works, we started to change our behavior. We pulled back from accommodating. We practiced exposure and response prevention (ERP). We focused relentlessly on her therapy. 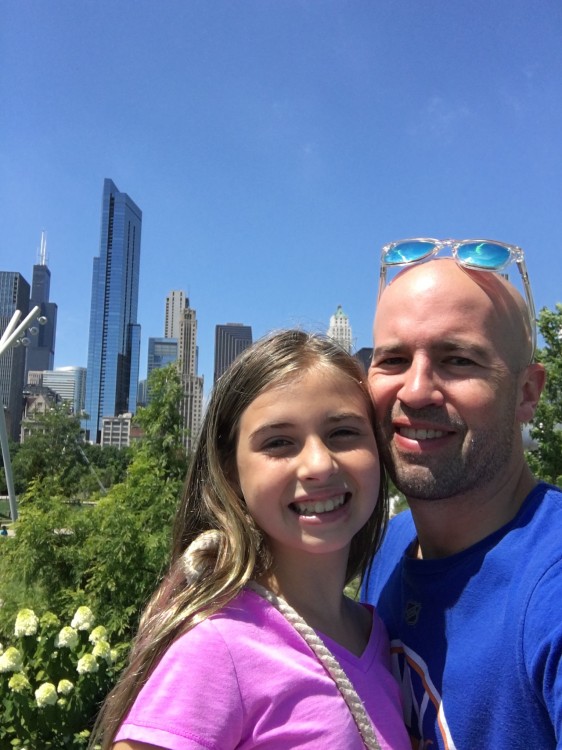 Somewhere, during those long months of OCD homework, it hit me. The things we were doing showed that I couldn’t cure OCD. I realized defeating OCD was something my 8-year-old had to do herself. This realization was like a weight being lifted.

It changed my focus so much so that I stopped thinking about being a miracle worker. I began to think of myself only as a cheerleader, advocate and educator. I suppressed my need to fix and focused on helping.

Four years later, these are roles my wife and I still play. Today, my daughter has better tools to fight and control her OCD. When those worries flood her mind, I know my role is it help her focus and then encourage her to do ERP so she stays strong.

I do not care that I wasn’t the cure. I’m content knowing I am one of the reasons she was, and is, able to fight back.

Hey there, I am a content creator and parent of a brave daughter with OCD. I produced UNSTUCK: an OCD Kids Movie, an award-winning short film about kids fighting back against OCD. I also organized OCDeconstruct, a free OCD conference on April 13, 2019 .