Why I Hide My Rare Eye Condition

I have an autoimmune disease that attacks my eye. It’s called several things, but on my papers under “diagnoses,” it’s called orbital myositis. I had my first flare as early as 2007, but after one, it went away and didn’t come back until 2012, when it came back with a vengeance.

Orbital myositis leaves me dependent on others: I lose vision and mobility in an eye and cannot drive or go out on my own. It triggers migraines (the eye muscles swell up to four times their normal size, and the pressure increases the severity and frequency of my chronic migraines) and more. And… it leaves me with a swollen eye, where I can only get it open enough to see some light come through. I look ridiculous, and I hate it.

Since 2012, I’ve gotten between two to three flares of this a year. Each flare lasts between two weeks to three months where I’m embarrassed of my eye(s), which are usually my favorite part of my physical appearance. Instead, I’m parting my hair differently so I can drape my bangs over my swollen eye. I would rather people assume I’m trying to start a new hair trend than see my eye and start asking questions, start staring, start thinking something is wrong with me (beyond the actual truth).

And I don’t mind my appearance normally.

I don’t wear makeup – I’m no good at it, but when I am in the middle of a flare, I’ll put makeup on my good eye in hopes of keeping the attention there.

I throw my hair up more often than not – my shoulders dislocate when I try to brush or style it, but in the middle of a flare, I’ll break out a flat iron, a curling iron, a blow drier… anything to make it look nicer, to maybe keep any questions away from my covered eye. 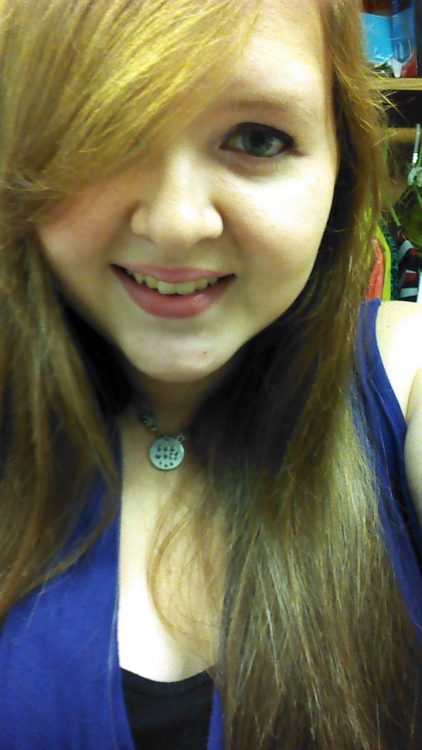 I’ve grown so accustomed over my life to having all of my illnesses be invisible, that the visibility of this, even if it’s just my eye, leaves me shaken. People can just glance at me and know there’s something “wrong” with me. It’s uncomfortable.

So, maybe my family doesn’t think much of it – they know what’s going on. And maybe my friends think my insecurity surrounding it is small and pointless – heck, it might be. But it leaves me feeling vulnerable and exposed, so for now, I hide.

Twenty-two years old. Navigating school, chronic illnesses, and a little bit of other life thrown in.