How I Found a New Purpose After My Diagnosis

It’s a tricky thing to embrace being off work long-term. I’m sure people think that would be amazing, but the reality is quite different. It’s lonely and tedious obsessing over every nuance of your health. Every. Single. Day.

Life was previously so full of things that gave me meaning – my job, my role as a mentor, my continuing education, my social life. The void being forced by my body to leave all that behind has felt so difficult to fill.

I have scrambled around lost for a very long time now.

Today however, I awoke determined that phase of my life should come to a close.

I have been listening to a lot of TED talks lately, both to inspire me and to continue my education. Although I can’t participate in academia the way I once did, I can still continue my life long learning, I can still keep trying to be a better version of myself.

Whilst slowly stumbling along the seafront this morning in my hometown, I found myself listening to a wonderful lady named Emily Esfahani Smith give a speech on how “There Is More to Life Than Being Happy.” The title alone intrigued me; I’ve been searching relentlessly for happiness lately, in the void that my children starting their next steps has left deep inside me.

It turns out that happiness is found, according to this lady anyway, in attributing meaning to your life.

The problem is that for me, I kind of lost my meaning somewhere along the way.

So what do I know for sure? What do I feel is factual about me in this moment?

I am a mother with no children at home .

I am a writer with nothing to say.

I am a teacher without a class.

I am a paddleboarder that’s too sick to paddle board.

I am a sea swimmer that’s not allowed in the sea.

You can see where I have struggled, right? There has been no outlet for my training and education, positive personal attributes or skills. I have felt like my body went off and left the core of me behind.

That my life has spiraled onwards but left me behind.

Miss Esfahani Smith then began speaking about “redemptive narratives;” a phrase I had heard before, but assumed applied only to the ex criminals or heartbreakers amongst us. Then she used the example of a football player once at the top of his game, who developed an injury that ended his career. He used to morosely tell people “I had such a great life and then everything changed. I lost everything. Life sucks.”
He was miserable.

After a significant period of self-reflection, soul searching and learning, he changed his own narrative.

He is now a highly regarded mentor for disadvantaged young people and truly believes that he has found his passion and purpose, when previously believed that he lost it forever more.

Ultimately his previous history was factually the same, it was his retelling and perspective of that same past that changed.

I’m not suggesting for a second that the process was easy for him.

It could take weeks, months or in my case, years to flick the switch that changes the perception of what your life has thrown at you.

I thought I had already done that – I realized what a privilege it was to be at home for my youngest’s preschool years in their entirety. That has been a huge upside of being sick. So many parents have no choice but to miss those years. I certainly didn’t get to have that with my other children when I worked all the time, often late into the night.

You see, I thought I already had my redemptive narrative in place. I was a dedicated mother of four – until that same youngest child started school. Once again I found myself adrift and without purpose.

I’m determined that this time, I will change my narrative for good.

I want to write my own honest redemptive narrative, I want to finally heal and let go of the me that went before. 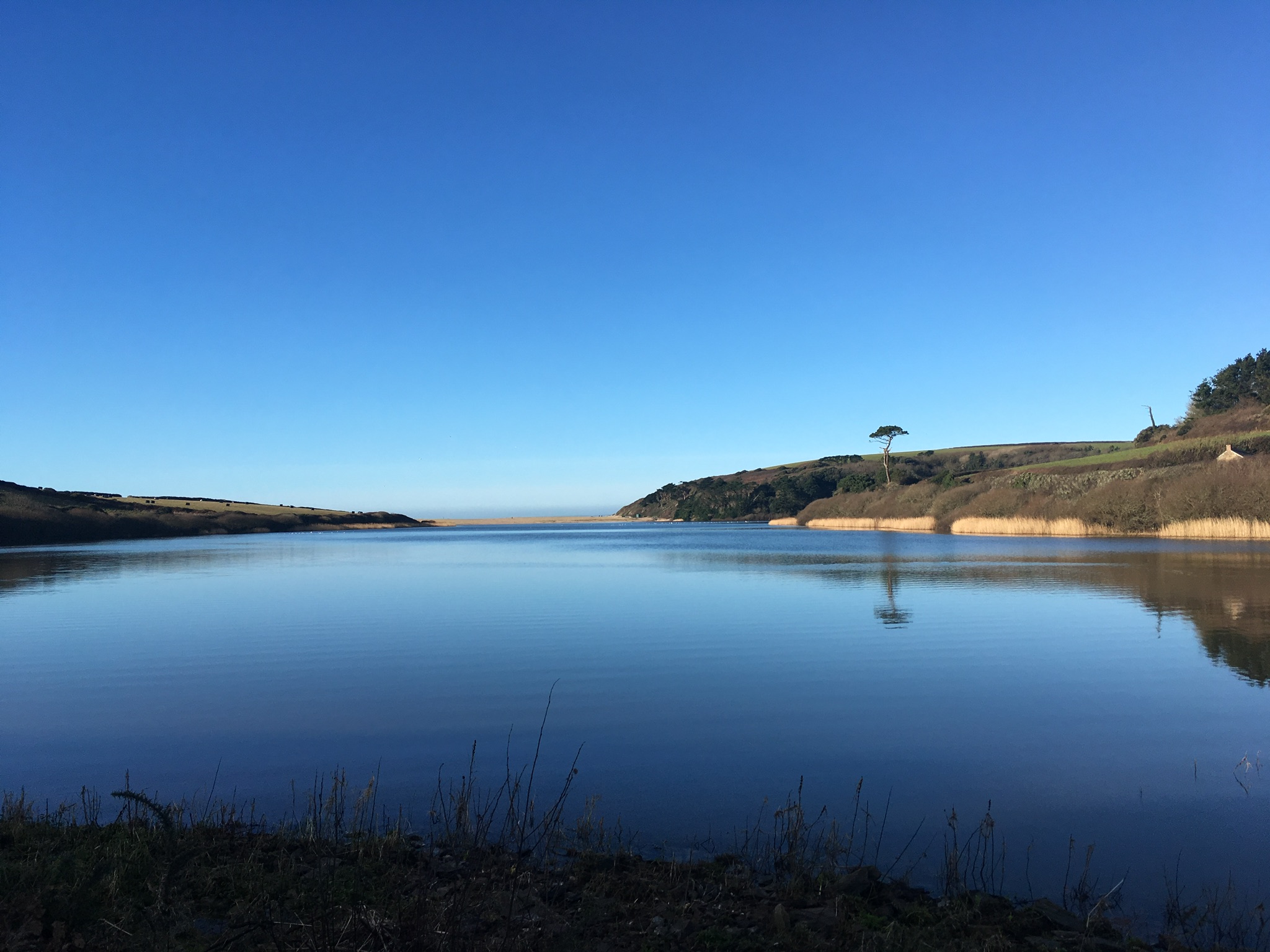 To that end I’ve been taking steps to make the change.

While wandering aimlessly through this period of self-reflection, I have begun to naturally do the things that come to me – that feel right in the moment. I began collecting pebbles, taking them home and painting them. It seemed like a positive way to fill some time and occupy my mind. Then that lead to me taking these pebbles on walks and leaving them hidden, hoping to brighten somebody’s day when they found a cheeky monster or flower as they wandered around, maybe aimlessly or distracted themselves.

For some reason I started becoming really bothered by the rubbish and plastic everywhere. Like really, really bothered by it. Instead of rolling my eyes and moaning, I began picking up bits of litter with my grabber near where I hid my stones. Then my routine evolved to include picking up rubbish whenever I’m walking, or am out and about for any reason – hospital, doctors, kid related activities .

I had been cleaning beaches with my family for a long time, but suddenly I found myself picking plastic up in the woods. Then before I knew it, I was picking it up around villages and outside school, then randomly in the street.

People often look at me strangely, like I’m doing something wrong. My whole family was collecting plastic at a large beach in North Cornwall a few weeks back. We lost count of the number of people that stopped and stared as if we were maybe taking something we shouldn’t, or doing something illicit. They simply couldn’t understand why on a beautiful crisp winters day we would be on our knees collecting tiny pieces of plastic for hours.

It gives my life meaning.

Its given me a sense of purpose to do these things. Maybe what I was supposed to do all along was to be a giver, a fixer, an organizer, a volunteer, to use my time helping others from my sickbed. I have accidentally became a warrior for the underdog – an advocate for other disabled people, someone who befriends the lost and lonely, I spend my days fixing myself and what I can in the world around me.

My mental health needs me to get outside in the fresh air with a sense of purpose.

My physical health prevents me from doing what I thought I was supposed to be doing with my life.

So, I’m left at this life junction, where whilst flittering on the edge of my previously existence, I can see clearly.

I have time. That’s one thing I’m very lucky to have that others do not. I have an excellent education, something I’m very grateful for. I’m a good public speaker, organizer and teacher, I can use that. I’m passionate and enthusiastic when I care deeply about something- that’s worth something right?

Maybe this is it. My true purpose.

Maybe I’m supposed to use my time for the greater good, not for personal gain. Maybe I’ve been looking in the wrong place all along.

So here goes, I’m writing my own redemptive narrative. My body has taught me compassion. My diagnosis has given me space to think and communicate. My prognosis makes me want to make my life count, to give myself meaning, instead of waiting for it to happen.

I’d ask you to wish me luck, but I’ve realized I don’t need it.

I am the writer of my own tale now…

Kirstie Edwards is a writer and single mama to four wonderfully weird kids. She loves to paddleboard, wild swim and feels privileged to live by the beach, in a whirlwind of teenagers and toddlers. Oh, and she is chronically ill and disabled. Read more here: mamamifsud.com