My Daughter's Path From Orphanage to Multi-Sport Adapted Athlete

We adopted Ping Ping in November 2018, a mere 15 days before she lost her chance of being adopted. At the age of 14, a child is deemed too old for the system in China. After being abandoned in an alley, Ping Ping was taken in by a local family, who ultimately became overwhelmed by the cost and care associated with her spina bifida and gave her away to a local orphanage. Eventually transferred to a foster home for medically fragile children in Northern China, she worked from 6:00 a.m. to bedtime doing chores for her neglectful foster mother while caring for the other children.

Once she arrived in Utah with our family, Ping Ping attended a summer camp but was disappointed by the lack of wheelchair adaptations. Luckily, I recalled learning about the National Ability Center (NAC) a while back and was eager to explore their offerings in hopes it could broaden Ping Ping’s horizons and outlook on what she could experience in life. Ping Ping’s newfound love of adaptive recreation was brought to light after her first adventure with the NAC’s equestrian program.

Here are a couple of things that Ping Ping learned on her journey to becoming an athlete.

Don’t let anything hold you back. Ping Ping struggles to use most of her lower extremities, but one of her first questions on the trip home to Utah was asking when she would be able to ride a horse. At first, it was difficult to find programs that would accommodate her and her wheelchair. But, when Ping Ping asked if there was such a thing as a “wheelchair camp,” I remembered hearing about the NAC and its Action Camp from a longtime volunteer, Mary Lou.

At the NAC, Ping Ping went horseback riding and was able to feel strong, supported and mighty for the first time. While getting a doctor’s note for the activity, we learned that horseback riding is an ideal resource for children with differences in mobility. She started off with group lessons, but switched to one-on-one sessions to comply with social distancing guidelines. 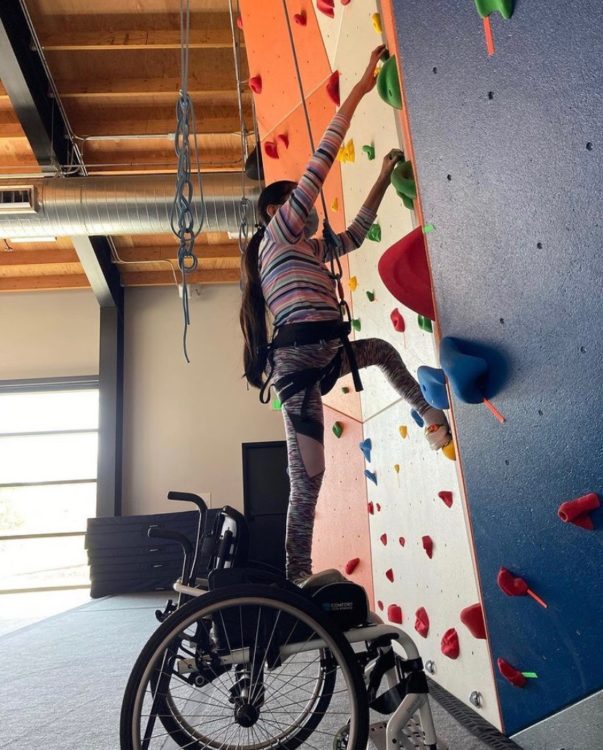 Ping Ping didn’t stop her athletic journey there, though. The NAC’s diverse range of adaptive programming allowed her to take part in activities she always dreamed of doing. In the winter, she skis at least twice a week. Prior to the pandemic, she participated in swimming and rock climbing weekly. As she climbed back down one day, she told me: “I never thought I could move my own body up a mountain and now I can.”

Don’t be afraid of change. Ping Ping was originally working with a horse named Sunny in the early stages of her horseback riding. One day, she was placed with a replacement horse, Tod, and he immediately laid his head down on her lap. The connection between them was almost instantaneous. A new tradition of private chats between Ping Ping and Tod began, and she knew he’d always be there for her.

A talkative child since joining our family, Tod unleashed a new side of Ping Ping. She was opening up in ways that we’d never seen. As she started to reveal stories from her life in China, it was apparent that she had been holding back her personality and emotions. It always began with her talking about what Tod did during her lesson, but gradually transitioned to sharing past memories. Some would have her grinning from ear to ear, but others would cause her to fight off tears.

Sports can transform you physically and mentally. Due to the new sense of responsibility and purpose she’s obtained from taking care of Tod before and after rides, Ping Ping’s self-efficacy has soared. Being able to ride a large horse as a 4’5” and 90-pound budding adolescent has also granted her a well-deserved sense of power and thrill. Before discovering the NAC, Ping Ping had never been anywhere more exciting than a park.
The programs have also drastically improved her strength, furthering her horseback riding skills. Every day of indoor rock climbing helps to strengthen her upper body, which she depends on heavily because of her lower body paralysis. Skiing has helped her balance and core strength by pushing her to stabilize her sit-ski as she rushes down a mountain.

Ping Ping’s life was nothing she expected, but it became everything she dreamed of. The limitless physical activity the National Ability Center has offered her has changed her spirit and fortified her drive and body. Not only did she gain an everlasting relationship with Tod, but she became an athlete. 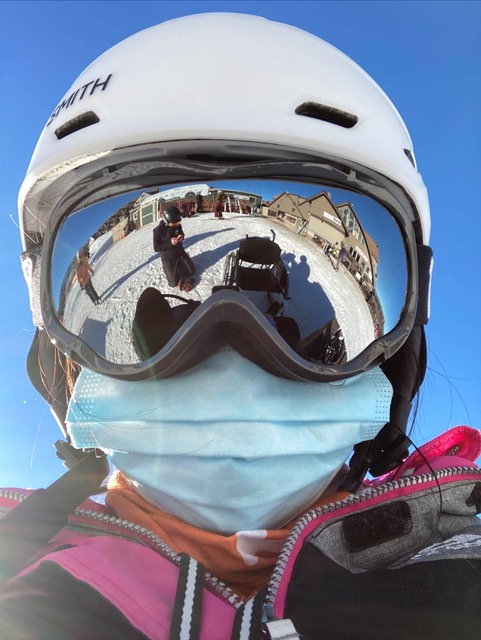 Do you enjoy adaptive sports?

The National Ability Center is a leading non-profit organization that provides world-class adaptive recreation and outdoor adventures for individuals and families of differing abilities.