This Is My Definition of a Real Man

It occurred to me the other day that most of the blogs and stories I’ve heard or written are about what it’s like to be the mother of a child with special needs. No one ever asks my husband, Paul, what his experience of Lily’s illness and subsequent rehab have been. I can’t answer for him, but I want to take a moment to tell you what my new definition of a real man looks like. 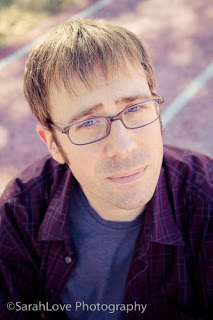 My husband is a black belt in a form of Japanese martial arts called Aikido, which means he’s strong and disciplined — if need be, he could break an arm. Most people don’t experience my husband that way. One of my brothers, who is a bit of a jock and an ex-boxer, tried to get Paul in a choke hold one time and learned the hard way about Paul’s understated strength and ability.

Most people see him as a tall, thin academic (geek) who loves playing the banjo and fiddle, loves all things having to do with Asian medicine, philosophy and spirituality. Few people know the man I will love until the end of time — the quiet warrior who spent hours in the early morning rocking our seizing baby through tough nights.

Ours is one of the 7 percent of marriages that survive having a child with a catastrophic illness or multiple disabilities. The daily stress that comes from having a child with special needs is so great that most couples don’t make it, and few are ever as close as they were before the child arrived. I attribute the success of our marriage to my incredible partner ,who never told me not to cry, never walked away and who had the grace to just comfort.

I thank Paul for his unbridled, often inappropriate laughter. He once accused me of farting in front of a team of neurosurgeons when I’d fallen dead asleep in my chair in the pre-op room. We laughed through tears as we waited to see if Lily would come back to us alive.

When people ask me about our marriage, my first image is of Paul dancing around baby music class with Lily, who was so swollen from the steroids doctors had prescribed to try and stop the seizures that she looked  like the Michelin Man. I dreaded those classes; even though they were taught by a dear friend and Lily really seemed to find joy in the music and the movement, it was a reminder of how sick she was. I could see the other parents sizing Lily up — not in a mean way but taking note that she was not sitting up and she just was constantly jerking around with each seizure. Some mothers had visible tears in there eyes when theirs would meet mine. But not my man. He danced around that room like the proudest daddy that ever had a baby girl. Just writing this, I’m overcome with love and gratitude that Lily had such a great man from the start.

Every morning for two months, Paul injected a pellet of steroid gel (ACTH) into Lily’s thigh. Even though he hated every second of it, he didn’t waiver and he didn’t complain. He stayed strong for me. The only time I ever saw him crash was the day we were getting our pay stubs together for our taxes and he said, “I only made $2,000 this year?! What was I doing?” He paused, and I saw the previous year flash before his eyes — the two brain surgeries, the drugs, the fear, the tears, the heartbreak — he fell to the floor and sobbed for a few minutes and just said, “It was so sad,” and then he got up and went back to being strong and awesome.

Finally, he takes turns taking Lily to the seemingly endless doctors appointments. I can’t imagine how single mothers do it — I suppose because you have to — but there come points where I cannot go to one more appointment and Paul steps up and takes care of business.

In some ways our marriage is stronger today because of our shared journey. I’m sure many of my friends have their own stories about their men and I would love to hear them!

Thank you, Paul, for being the love of my life and the best dad I could imagine for my girls.

Share
or  Copy Link
Link copied to clipboard.
Be first
138