Why I Want Your Children to Ask Questions About My Disability 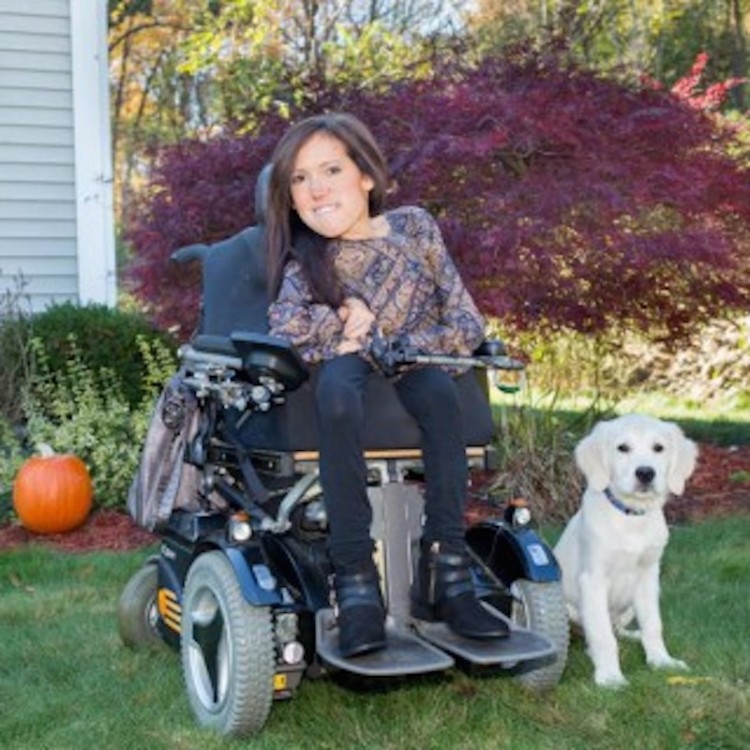 There was this time a few years back now, when two of my friends and I went out for ice cream. Just like any other summer night in a small town, the place was packed, so I told them I’d go park myself at a picnic table before anyone else grabbed it. On my way over to the table, I saw a little girl crying. No, actually, she was wailing in her mother’s arms. Just as I was approaching the table, which unfortunately was right next to this less than cheerful little girl, she screamed, “Mommy! Ugly!” and pointed… Right. At. Me. And just like that, they quickly gathered their belongings and headed straight for their car.

I couldn’t believe it. There I was, minding my own business and anxiously awaiting my delicious milkshake that was swirling in the blender, and this kid just blurted out “ugly” in the midst of her hysterics. But the part that hit me the hardest was not her reaction. It was her parents’ reactions. Although this situation was a bit extreme and only happened once (kids don’t always say the truth, right?), I’ve always dealt with incessant stares and inquisitive children whose parents don’t always handle these encounters appropriately. It’s time we change that.

Let’s begin by pointing out the obvious. I’m different and look different. I find it completely normal that a child gets curious. In fact, I believe their curiosity is a great thing because without being curious and never asking, they’ll never know. With that being said, when a parent hurries their child along when they say something along the lines of, ‘Why is she like that?” nothing good will come from it because nothing will be solved. Unanswered questions can often lead to misconceptions, and that’s where we fall into problems. Contrary to silly metaphors, curiosity never actually killed the cat.

Although there are people who, one might argue, don’t handle these types of situations well, there are people who know exactly what to say to their little ones and, over the years I, too, have learned the appropriate way to handle when children ask questions. If you ever find yourself in a situation aforementioned, here are a few helpful hints to remember.

1. If you see us interacting and conversing with our peers out in public, chances are we will be happy to answer your child’s questions. I’m happy to give the “little kid version” of my disability, which is that my legs don’t work, and I have to use this pretty cool chair to get around. I’ve learned that it works really well, and there’s a great possibility that the child will then begin focusing on my chair and not so much on me.

2. Sometimes, a child may say something directed towards a person with a disability that embarrasses a parent, but it’s important to not act irrationally. For example, “Why does she look like that?” or “Why is she so little?” or, my least favorite, “ugly” are just a few phrases I’ve heard in the past. Instead of getting upset, take a quick second to answer your child. Even if you don’t know the person’s story, a simple “That’s how she was born” will suffice. Going back to my first tip, if your child continues to ask questions, why not approach us and ask? I promise we don’t bite.

3. Kids learn by example, so be aware of your actions. Negative reactions will ultimately result in negative outcomes. However, being responsive in a positive manner will teach children that it’s OK to be interested in these types of matters. Encouraging children to ask questions will eventually teach them to be more accepting and less prejudiced towards people with disabilities.

4. Remember that, on the inside, we are just like everyone else! Ask questions, and don’t be afraid to tell us what’s on your child’s mind. Asking us questions is just like having small talk with the person waiting behind you in line. We will share what we want to share in hopes of enlightening your child. Most of us want to help in better educating the world about disability and the fact that our disabilities don’t define who we are.

I was once out to lunch when a mother approached me with her son. She said, “My son has been asking me all sorts of questions about you, and I told him he can ask you personally. Do you mind?” I was ecstatic. Even though the boy quickly became quiet and shy, I was able to give a little bit of insight on my disability, and it felt so good. Just a few minutes of my time and his questions were answered. That’s one less child who will be feeling perplexed the next time a four-wheeled machine whizzes by him out in public. I can only hope more people will do the same in the future to help change the way disabilities are viewed in a child’s eyes.

This post originally appeared on Living With Spinal Muscular Atrophy.