Our Favorite Actor Has a Message for World Down Syndrome Day

No one could pinpoint exactly why David DeSanctis was the clear choice to star in the upcoming film, “Where Hope Grows.”

There was just something about him.

The 21-year-old from Louisville, Kentucky, has Down syndrome, and originally, producers and director Chris Dowling weren’t sure how his intellectual disability would affect his ability to act. Turns out, not at all. DeSanctis memorized more than 130 lines and taught nearly everyone he worked with a valuable lesson — don’t believe the stereotypes.

As he said in our Mighty World Down Syndrome Day video, “Can’t you see my abilities?”

“Where Hope Grows,” a film that follows the budding friendship between a former professional baseball player (Kristoffer Polaha) and a grocery store clerk (DeSanctis), will be released on May 15. But while DeSantcis was in Los Angeles, we caught up with him to learn why he finds awareness days like World Down Syndrome Day important. 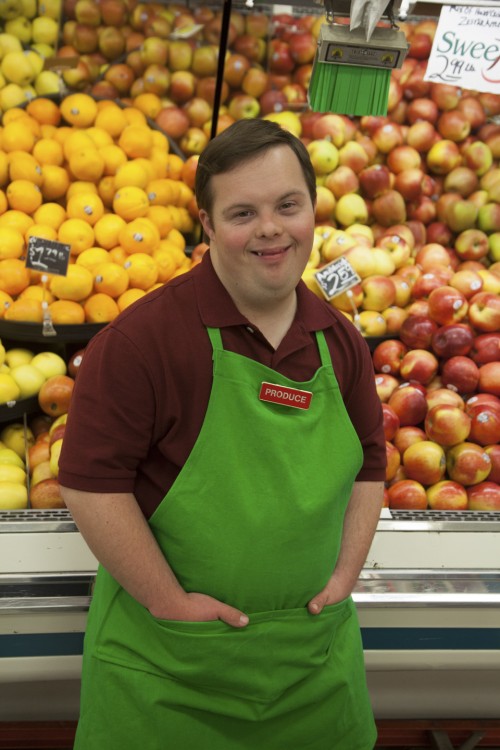 Why is it necessary to have a day like World Down Syndrome Day?

It’s a day to look on our abilities instead of our disabilities. If you see a person with an intellectual disability like Down syndrome, maybe you can go up to them today and give them a handshake or a high five or a fist bump or even a hug. It could change their life in about one second.

[DeSanctis has pledged to hug strangers as part of an act of kindness campaign for World Down Syndrome Day.]

Raising awareness is important because it teaches everyone that we’re just normal people and we deserve to be treated that way. We’re just people.

What would you tell other actors with disabilities trying to break into the industry?

Follow your dreams. Never give up. Never say never. Push forward and go for it. And if an audition opportunity comes along and you don’t get picked, be brave. Just wait for another gig to try again.