Although most people revel in the spring and summer months, warm weather signals the death knell of fun for our family. My boys and I have a genetic skin condition called epidermolysis bullosa simplex, whose hallmark is blistering of the skin in response to heat, friction, injury or rubbing. Warm weather means blisters. Lots of them. Hot days means the carefree running around that the boys and I enjoy in the cold must be once again shelved until the winter months return.

I can handle it. I know my limitations. I know when to say, “No, I can’t do that,” even if I really want to. I know how to be OK with being different. I know it made me stronger — even if it hurt in the process. I know how to compartmentalize disappointment and pain. I’ll survive.

But my boys are 6 and 8, and they can’t yet. Their little hearts and minds aren’t equipped to handle a world in which they have to sit on the sidelines and watch everyone else be full of life. One day, they will learn all the things I already know. They are learning. But these are lessons that most kids shouldn’t have to learn. And it breaks my heart that they have to. 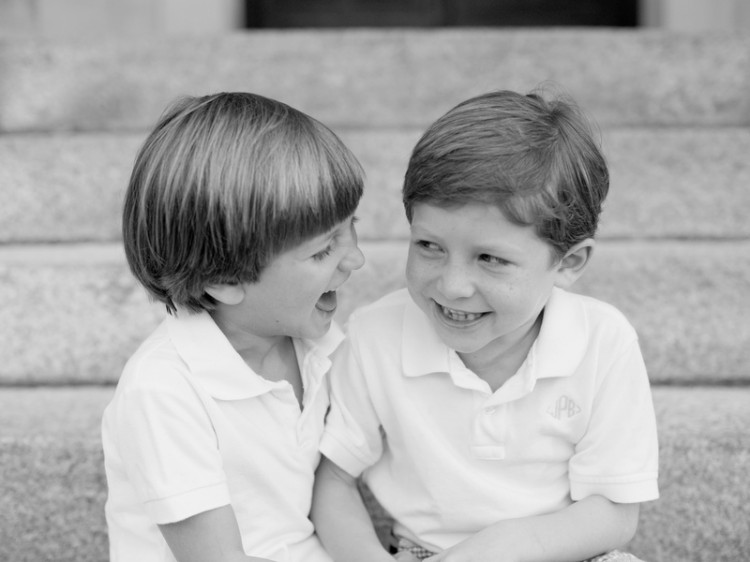 Tonight, I had to cut some blisters on Jack’s feet. Really painful ones. Our blisters aren’t the same as yours. Water rushes in to fill the trauma of even minuscule friction, and they will grow to the size of saucers if you don’t cut them.

For reasons too lengthy to detail, I couldn’t get one of them. It took me about 10 minutes. 10 minutes of Jack crying and screaming because that was the only way he could cope. Each time I couldn’t get it, I held him close and told him we didn’t have to do it tonight. And each time, he looked at me through his sobs and said, “No, Mom, I can do it.” We finally did, through my tears and his. As I fished out a Band-Aid, I told him how brave he was. And he said, “But I cried. That means I wasn’t brave.” Because clearly some kid had told him that.

Look, I come from a family of criers. We have happy tears and sad ones. Painful ones and joyful ones. But we have them — a lot. And we embrace them. So I quietly took Jack’s little face in my hands and wiped away the layers of tears and snot. I stared at his beautiful freckled face and told him that tears do not negate courage. Bravery can be as grandiose as slaying the dragon. It can be as noble as giving up your life for someone else.

But more often than not, bravery is simply accepting that your body or mind or heart is overwhelmed by the pain. Or the beauty. Or the loneliness. Or the love. Sometimes bravery is simply blinking through the tears and saying, “No, Mom, I can do it,” even if you don’t think you can.

So I beg you, don’t teach your children that tears are a sign of weakness. For the love of all that’s holy, do not tell them big boys or girls don’t cry. Teach them tears are a sign of courage. That they bear witness, more eloquently than words ever could, to the capacity we have to endure that most cannot bear.

A version of this post originally appeared on Lucky Orange Pants.