When a Book Called My Daughter’s Rare Disease ‘Useless Information’

A family in the cystinosis community made a shocking and upsetting discovery this past week.

We’ve all seen those bathroom books before. They’re usually full of strange, little known facts meant to elicit a few chuckles — something I’m assuming was meant as a lighthearted gift. So when I saw a picture of the cover of a book entitled “The Indispensable Book of Useless Information: Just When You Thought It Couldn’t Get Any More Useless–It Does“ I didn’t think too much of it. Then I saw the second picture. Underneath the “Mystery Diagnosis” section was this: 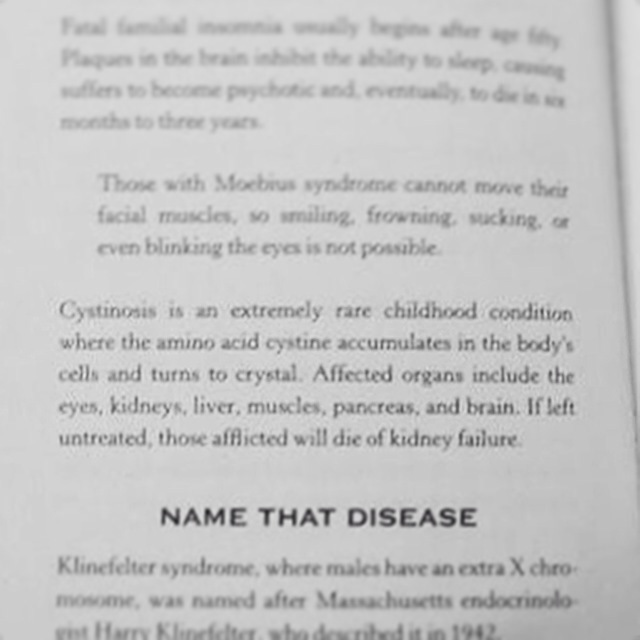 “Cystinosis is an extremely rare childhood condition where the amino acid cystine accumulates in the body’s cells and turns to crystal. Affected organs include the eyes, kidneys, liver, muscles, pancreas and brain. If left untreated, those afflicted will die of kidney failure.”

To say that I, along with plenty of other parents, were outraged is an understatement. How dare they have an entire section about rare diseases in a book with “Useless Information” in the title. The tagline just rubs it in: “Nothing you’ll ever need to know is in this book.”

Try telling that to the families who spent months in and out of the hospital, praying doctors would finally discover what was making their baby so ill. Or organizations like the Cystinosis Research Network who send volunteers to medical conferences around the world to help spread awareness. Or the doctors and researchers who’ve dedicated their careers to understanding cystinosis, creating better treatments and searching for a cure. And how about you tell that to the friends and family members who’ve lost their loved ones to this disease.

What I find most appalling is the amount of people this book went through through before it went to print. From the author, to the editor to the publisher, the level of ignorance is outrageous. Did no one think perhaps including rare diseases in this “useless” book would be insensitive and downright insulting to those suffering from those diseases? Or did they think we were so few in number our feelings weren’t worth being spared? Either way, I don’t care for the answer and what it says about our society in general.

Then sometimes, I think maybe I’m overreacting. Maybe information about cystinosis in a “New York Times” bestselling book series is actually helping spread awareness. In the end — aside from a cure, of course — isn’t that really the goal?

But then I think about stories I’ve heard from people in the community. Like the server who lectured a mother about giving her son too much salt. Or the woman who questioned a father about whether cystinosis was even a real disease and asked if he was trying to run a con. Or the doctor who prescribed a lethal dose of medication to a woman with cystinosis because he didn’t bother to check if it was contraindicative to her other medications. These incidents happened because those people felt the same as this book: Cystinosis knowledge is useless.

This couldn’t be farther from the truth for my family. We were lucky to have my daughter diagnosed in less than three months with no hospital stays. This was largely because the nephrologist who helped diagnose her is on the Cystinosis Research Foundation’s scientific review board. Without her prior knowledge of cystinosis, it could have taken much longer to realize the electrolytes my daughter was losing in her urine was due to Fanconi’s Syndrome which was caused by cystinosis. Her growth would have been delayed for even longer, she could have developed rickets like so many others do and without starting her medication as soon as possible, the cystine would have accumulated further, causing even more damage to all of her organs. It even states in this book of useless information that “if left untreated, those afflicted will die of kidney failure.” So please, explain to me how this information could be viewed as useless. This information is saving lives! 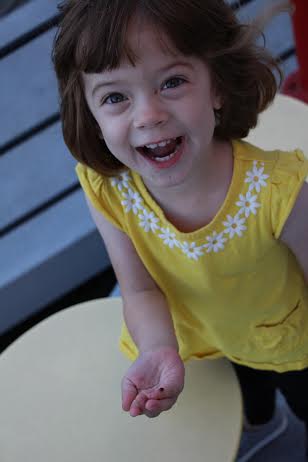 Our family doctor had never heard of cystinosis before, though he’s been great about educating himself. You can forget about a walk-in-clinic doctor having any prior knowledge. This leaves us feeling like we can’t rely on any medical professionals except those at the children’s hospital. Without any prior knowledge of cystinosis, how can we be sure our daughter is receiving the best medical care?

If everyone was a little more educated about the many types of diseases that affect so many families, the world would be a better place. A little bit of empathy and understanding goes a long way in helping us feel we’re not so alone — that our mission to spread awareness isn’t in vain. So when my daughter’s rare disease is included in a collection of supposedly useless facts, my mama bear claws come out. If you feel the same as me, maybe drop by the publisher’s Facebook page and let them know. Perhaps we can help a few more people understand how insensitive they’ve been.

Editor’s note: After writing on the publisher’s Facebook page, the author received the following response from Perigee Books: “Dear Amanda: We truly apologize for any offense. This series of books is meant to be tongue-in-cheek trivia, and as such, they cover a wide breadth of topics with an intended lighthearted touch. We as the publishers do not mean in any way to trivialize any disease, and we are very sorry to have made you feel as such. Thank you for reaching-out, and we wish you and your family all the very best.”

This post originally appeared on Elsinosis: Living with Cystinosis.