This Dad Created a Superhero to Explain His Epilepsy to Kids

John McLaren remembers falling to the floor and hearing his son shout, “Daddy fell down, Daddy fell down.” The 43-year-old from Durham, North Carolina has epilepsy — he was diagnosed at 14 and has experienced seizures into adulthood.

After this seizure, McLaren realized his son David, then 2 years old, knew nothing about his condition.

“I was afraid I would pass away early and leave my son without a dad,” McLaren told The Mighty. “I wanted him to have something to remember me by.”

So he created a comic book to explain epilepsy through a superhero named ToteMan. 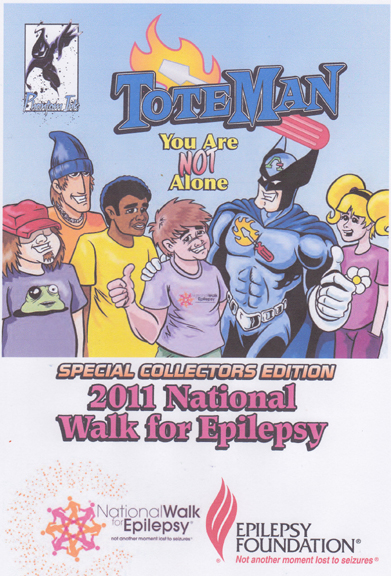 McLaren modeled ToteMan after himself, explaining epilepsy and seizure in terms kids can understand. He wanted his kids to know what to do if he hit the ground again.

The answer? Through fun illustrations. The comic details ToteMan assisting a child who’s just had a seizure, demonstrating what to do if you’re in a similar situation. 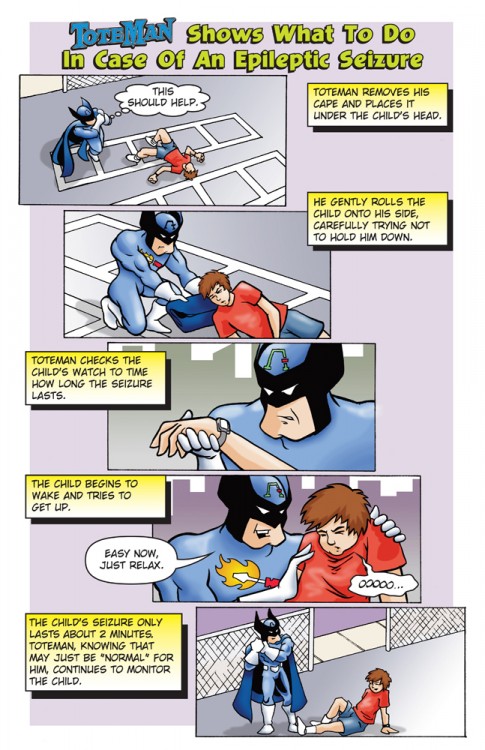 The name “ToteMan” comes from a job McLaren had in his 20s. He worked at a racetrack in New Jersey where he’d fix the totalisator (tote) boards and betting machines. If the tellers needed assistance, they’d yell for a “toteman.” McLaren explained that the totemen would rescue the teller; they were the superheroes at the track.

ToteMan’s number one accessory, a screwdriver, pays homage to McLaren’s career. He’s repaired things his entire life. He started out fixing machines like copiers and now works in IT fixing technology.

“Thor has a hammer,” McLaren said. “ToteMan has a screwdriver.”

McLaren goes to ComicCon, a convention for comics and other related art, with David and gives out free copies of “ToteMan.” He’s worked with the Epilepsy Foundation of America to give out comic books through its events. He doesn’t want to charge anyone for the comic. One day, McLaren hopes “ToteMan” makes it into hospitals and schools. Until then, he’s just happy he’s made a lasting memory for his kids.

You can download the comic for free here. The book is now available in Spanish too.

Share
or  Copy Link
Link copied to clipboard.
Be first
287