“High school is a difficult time in a person’s life,” the immunologist said. She then went on to suggest my joint pain, dizziness, nausea, fatigue and myriad of other symptoms were due to stress. She said I needed to take a break from all the medical tests. When I told her I’d had fevers in the evenings, she made it clear she didn’t believe me, as if I couldn’t use a thermometer correctly at 17.

I remember sitting in the room with my mom, stunned. We had gone to this hospital in the midst of a tropical storm, only to be told there was nothing wrong with me. When my mom asked the doctor if she would stop looking for answers if her own child were sick, the doctor backtracked. “I wasn’t suggesting that.” She was.

The immunologist wasn’t the first doctor to say my symptoms were due to anxiety or stress. While I recognized the impact anxiety could have on a person’s life, I knew I didn’t suffer from anxiety. The only thing I was stressed about was seeing so many doctors who never seemed to have the right answers.

Senior year of high school was supposed to be an amazing year. I was editor-in-chief of my school’s newspaper, a role which I had worked tirelessly for, and in the upcoming year, I’d apply to my dream school. At the end of my junior year, though, everything changed. A simple stomach bug turned into never-ending nausea. In two weeks, I’d lost 10 pounds without meaning to do so. I began to grow fatigued, had joint pain and felt unwell overall. I felt lost as more symptoms piled up.

In January, eight months after my symptoms first began, I became sick with the flu. Days passed by in a blur, and I felt dizzy all the time. Going to school became almost impossible as the world seemed to spin. I couldn’t drive and I cried when my mom drove me home. Make-up work piled up, and I felt paralyzed. I knew I was sick, and yet I had no answers as to what was wrong.

It wasn’t until March 15 that I got my diagnosis at the Mayo Clinic in Rochester, Minnesota. I was diagnosed via a tilt table test with a form of dysautonomia called postural orthostatic tachycardia syndrome, or POTS for short. POTS meant that my autonomic nervous system didn’t function the way it should have. My body wasn’t performing the basic functions as it should have, like regulating my heart rate or digestion. Every time I stood, the blood pooled in my limbs, and my heart raced to try and bring the blood back to my brain. All of my symptoms were explained by POTS.

Since my diagnosis two and a half years ago, I have spoken to many other patients with POTS. So many people have been told their illness was in their head, just because their doctors couldn’t find an obvious cause.

I want the doctors who told me that my very real, sometimes debilitating chronic illness was not “all in my head.” I was never faking my symptoms. I was simply desperate for someone to help find an answer and give me treatment. I met many doctors who didn’t know what was wrong with me, but I never begrudged them if they were kind. 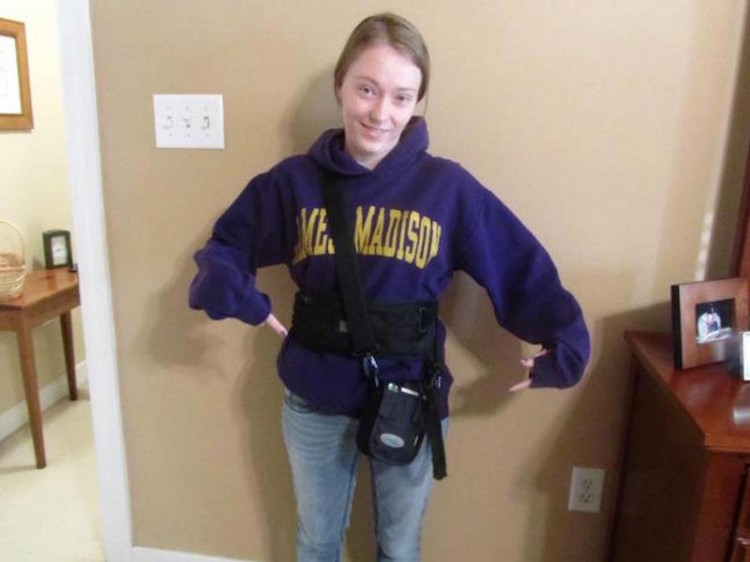