Being a little person, I’ve dealt with people staring, gawking and whispering things behind my back my entire life. I’ve learned to tune it out and ignore it. Most of the time if a younger child is staring, I try to smile at them and make them smile at me. If an adult is staring, I’ll smile, too, but most of the time, I’ll just ignore it completely. But when it is right in your face, it’s a little hard to ignore.

While living on my own for school in San Francisco, I’ve dealt with just a few instances of people actually talking to me. They’ve asked how old I was, how tall I was and one person even yelled, “You’re short!” at me from across a walkway once. As if I didn’t know that already!

This time was quite different. I was waiting to catch a bus back to my dorm with my roommate. We were just chatting at the bus stop when a woman came to ask us for money. We politely declined and said we didn’t have any money to spare, being poor art students. The women seemed to accept that, but then turned to me and said, “You’re small, huh? You’re one of them midgets, aren’t you?”

In the little person community, the word midget has been widely deemed as a derogatory term. Although it has been used throughout history, because of its negative connotation with a freak show, it has been deemed as offensive, since little people are obviously not freaks and are not around for other’s enjoyment.

Now, when this woman said the M-word, she was really up in my face. I’m usually not one to speak up in general, but at this point, I had no choice. 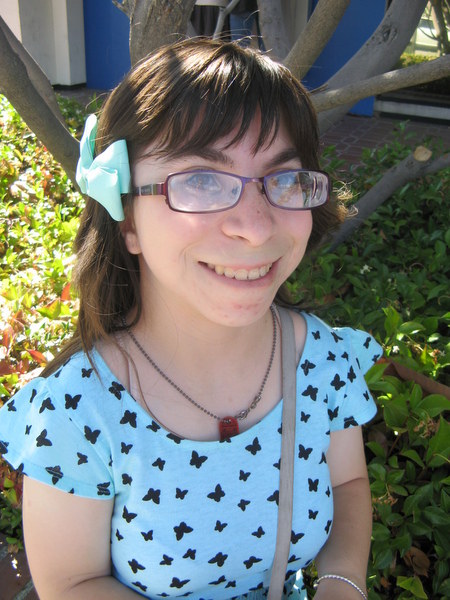 The woman looked surprised, and said, “Oh, well then, what do you want me to call you?” Her tone of voice sounded extremely sarcastic, and to be honest, I was unsure if she was being serious or mocking me at the time.

“The proper term is little person or little people,” I replied.

The woman then nodded and said, “OK, little person. I see. All right, well, you learn something new every day even when you’re old.” She then took my hand and said, “I’m sorry. I didn’t mean to offend you and now I know. Thank you for telling me.” While her tone still seemed sarcastic, I hoped she meant what she said when she went on her way.

At the time, I still was unsure if the woman really took away anything from our encounter, and in truth, I was pretty upset being talked down to my face. But now, I’m happy it happened, because hopefully, if that woman did take something away, I hope she told others of what happened and is ending the use of the word.