Actress Hayden Panettiere, known for her role on the ABC show “Nashville,” recently spoke up about a mental health issue she’s faced.

Pannettiere appeared as a guest on the talk show Live Kelly and Michael on Monday, September 28. The 26-year-old actress recently gave birth to her first child, Kaya Evdokia, with her fiancé Wladimir Klitschko. She talked about her summer vacation and her daughter’s christening, but also about a mental health issue both she and the “Nashville” character she plays have faced — postpartum depression.

“It’s something a lot of women experience. When [you’re told] about postpartum depression you think it’s ‘I feel negative feelings towards my child, I want to injure or hurt my child’ — I’ve never, ever had those feelings. Some women do,” Panettiere says in the video below. “But you don’t realize how broad of a spectrum you can really experience that on. It’s something that needs to be talked about. Women need to know that they’re not alone, and that it does heal… It’s really painful and it’s really scary and women need a lot of support.”

It’s estimated between nine and 16 percent of postpartum women will experience postpartum depression, according to the American Psychological Association.

Watch the clip below for more from Pannettiere about her experiences with postpartum depression:

Share
or  Copy Link
Link copied to clipboard.
Be first
990 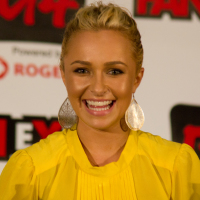