To the Daughter I Feared Would Have a Disability Like Mine

I remember the moment I fell in love with you. It wasn’t as soon as I saw the positive result on our pregnancy test, it wasn’t during the weeks I spent the majority of the time hugging our toilet, it wasn’t when I developed heart burn for the first time in my life or suddenly couldn’t go five seconds without having to pee. It was when I got my second trimester sonogram and could see clearly that you were a real baby, a little human – it was when I heard the sonogram technician whisper to me, “It’s a girl.” My eyes filled with tears, my heart exploded and I immediately thought, I love her. Followed closely by a smaller thought, I hope she isn’t like me.

I have a learning disability, which all but defined my childhood. I also had a pretty bad speech impediment and went through five or six extremely frustrating years of speech therapy. Not only was it almost impossible for me to read, but it was difficult for me to pronounce things correctly – almost 30 years later I still remember the horror of attempting to read out loud in front of my kindergarten class, how it felt when the other kids laughed at me. I wasn’t good with social interaction, to put it mildly. I was singled out, ridiculed. When I was 5, a group of fourth grade boys beat me up. They pulled out my hair and made me eat sand. All because I wanted them to play with me, and I couldn’t pick up on the fact that they didn’t want me around until it was too late. I had great parents and teachers who worked with me, and though I was never a straight-A student, I learned to read, write and talk, and my speech has improved to the point that most people don’t notice I still have a problem pronouncing g’s. As an adult, I like that little quirk about myself. It reminds me of the little girl I once was, the difficulties I overcame, and if anyone were to make fun of me for it today – it wouldn’t hurt me. I survived summer school, tutoring, speech therapy, the days when I couldn’t make it through a school day without crying.  I’ve made it through years of depression, anger, eating disorders, victimization. I’m a better person now because of my struggles; I wouldn’t trade them. But I never wanted that for you. 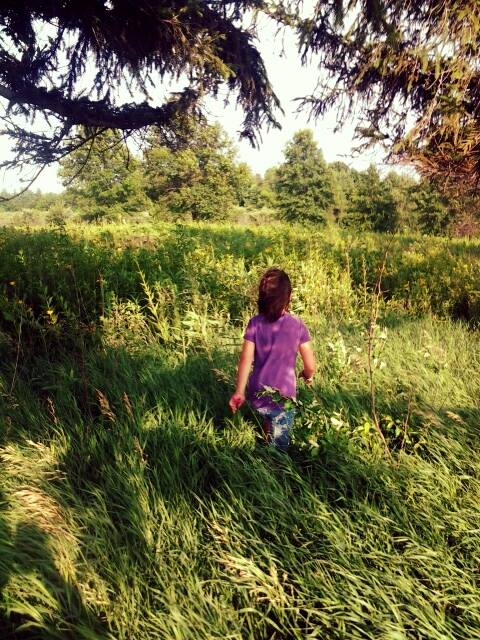 You met all of your developmental milestones on time or early. You looked so cute walking around at 9 months old, without a hair on your head. When it was time to talk, you talked. A lot. You used big words, you talked in sentences. You knew all of your colors and your ABCs when you were 2. I allowed myself to hope, to let out the breath I hadn’t been consciously aware I was holding since the day you were born.

When you turned 3, you started to experience what I thought at the time were just tantrums. You were my first child; I don’t know if I really believed  it was normal or if I just couldn’t admit to myself that I knew it wasn’t. You would get mad and dissolve, pull your own hair, pinch yourself. You would scream for hours, lie on the floor and thrash your entire body. There was nothing I could do to help, nothing I could do to stop it. Sometimes, your tantrums lasted for hours. Sometimes, you would have more than one a day. I refused to even think that something was wrong. If anyone suggested to me there was a problem, I would let them know in a colorful way there was nothing “wrong” with you. You were just a little kid. It was normal. I waited for you to grow out of it.

Three turned to 4, 4 turned to 5. I gave birth to your little sister. You adored her. So did I. You both grew. You started school. When we went to open house or to parent/teacher conferences, I looked at your papers and I was proud. I tried not to notice how different they looked from those of your classmates, how your words weren’t formed right, how some were huge, some were tiny, some were capitalized and some were not. You left vowels out of everything. You wrote letters backwards. I hesitantly asked your teacher if that was OK, and she reassured me it was normal for your grade level. I let myself believe her because I didn’t want to think of you struggling. I waited for you to grow out of it.

As your sister grew, I waited for her to do the things you’d done at her age. I waited for her to start throwing tantrums so severe that I worried about the structural integrity of our house. I waited for her to try to hurt herself. I waited for her to lose herself in her emotions, to dissolve into tears and screams and anger. But while you continued to do those things, from kindergarten, to first grade, and then to second grade – she never did. At school, they started pulling you out of class to give you extra help in reading and math. You started to come home crying, telling me the other kids were making fun of you. During second grade, you went as far as faking incontinence to get out of school. The school told me you had a UTI; I didn’t believe them, but I took you to the doctor anyway. They tested you and everything came back clear; they said it could be behavioral. But I already knew that.

I wanted to live with you in denial for as long as possible, keep us both in a safe little bubble where I could believe you would never know what it felt like to feel stupid, to feel less than. I never wanted you to know what it was like to try as hard as you could try and still get a bad grade. I never wanted you to know the sinking feeling you get in the pit of your stomach when you realize someone you thought was being nice to you was really making fun.

All I’d ever wanted was for things to be easy for you. But eventually that changed, and I wanted to find you help. I wanted to find answers; I wanted someone to tell me what to do. For over a year, we went to school meetings, doctors’ appointments, therapy appointments. We heard things like, “She just needs more time with you,” “The school evaluation says nothing is wrong with her, she doesn’t qualify for services,” “There isn’t a big enough deficit,” “We don’t test for dyslexia,” “She doesn’t act like that at school,” just to name a few. I became obsessed with the Individuals With Disabilities Education Act (IDEA) 2004 and Section 504; I spent hours a day reading laws, typing your symptoms into every search engine I could find. We were met with one dead end after another, while you just became angrier, sadder and farther behind.

Finally, just a few weeks before you were supposed to start third grade, my searches led us to a neurodevelopmental pediatrician. They gave us a packet of papers to fill out before your appointment. I filled out those, and then I compiled a detailed history of your life and issues from birth to age 8. I included everything, even things I thought didn’t matter. Instead of rushing through your appointment, this new doctor listened to everything we said. He read the information I provided, he talked to you, and he started testing you. While he was testing your reading, he was purposely invading your space to see how you would react. He made jokes but kept a straight face to see if you could pick up on his sarcasm. I watched you so closely to see how you reacted, to see what answers you gave to his questions. I worried he would miss the little things that pointed towards the bigger issues. But every time I looked at him he was already looking at me as if to say, yes Mom, I noticed that, too.

You were diagnosed with dyslexia and an anxiety disorder on that day. I can’t explain the way I felt. It was the strangest mixture of relief, joy and sadness. Relief because finally, after years of trying, we’d found someone who wasn’t afraid to give us a straight answer, because our searching was finally over. I felt like a weight had been lifted off my shoulders; all of the late nights of obsessing about laws and possible reasons behind your issues had paid off. Joy, because I knew I now had the tools I needed to get you the help you deserved and needed to thrive. Sadness, because you and I cannot live in our safe little bubble of denial anymore.

There will be times when you want to give up, and that is OK. It’s OK to give up. Sometimes, it’s all you can do. But you’re strong, and I know you will be able to pick yourself back up and keep going, and if you can’t, I will be there to help you stand up. There will be times when you wonder why you can’t be like everyone else, why things can’t come as easy to you as they come to everyone else. Always remember everyone has their struggles and a person is not defined by the things they find difficult.

I promise to do my best to look beyond your anxieties and your difficulties, to see you’re just a little kid who wants to have fun, that although the things you’re going through are familiar to me, you’re going through them for the first time and they’re new and scary. I promise to put away the things I learned through my own difficult experiences and to see you as your own person who will have her own struggles, her own triumphs and her own unique life, who has to learn the lessons of life on her own terms, in her own time. I promise to always be there to lend support and to never forget that before I’m your teacher or your therapist – I’m your mother. The most important parts of my job are just to offer you my arms to lay in, a safe place to come home to and lots and lots of love.

If I could go back to the moment I fell in love with you, to the first time I worried you may struggle with the same problems I’ve had to learn to overcome, I would tell myself not to worry.  Yes, there will be sadness, frustration and anger along the way. But through those emotions you will be given many chances to learn just how strong, smart, beautiful, funny and unique you are. You may think it’s a bad thing, to see the world differently than your peers do. But I can assure you, someday the very things that make you stand out, that make it hard to fit it, will be the things that draw people to you. While they will not be your defining characteristics, they will be the things that make you into the amazing, independent, strong-willed, compassionate and wise woman whom I’m already beginning to see forming. You were not made to fit it but to break the mold. And I don’t know why I ever thought that was something I needed to worry about.