To the guy who was late for work,

I get that it’s Monday. We all get that it’s Monday. In fact, everyone most likely has a case of the Mondays, but here’s the deal: If you’re late for work and having a bad morning because of it, that’s all on you. Nobody else. So screaming out of your big truck, “Get that f*cking retard on the bus” and laying on your horn is not going to help you in the slightest. This just shows the world what kind of a person you really are — a person with a small heart and not enough love to give to the world.

I don’t know the situation you’re in that prompted you to scream at my son as he got on the bus, but let me tell you about ours since you felt the need to scream a derogatory name at him. You see, he can’t help being the way he is. Some days we move at turtle speed and some days we don’t. Some days he is cooperative with his bus aide and some days he’s not. He’s but a child, a child who has special needs. He can’t help that the world is magnified 10 times more for him than it is for you. He gets caught up in all five of his senses some days, which distracts him. But you sounding your horn and screaming at him won’t make him move any faster. And it’s only going to anger me.

I don’t want to think the worst of you. I truly hoped you were late for work and frustrated about being behind a bus, and in the heat of that frustration, you said the wrong things. But then you drove past me and flipped me the middle finger. So all those possible hopes I might’ve had for you to be a decent person were lost.

I hope you never have to experience the heartache most of us special needs parents have to deal with sometimes on a daily basis. I hope that level of ignorance and cold-hearted, mean-spirited behavior never enters your world. I hope in time you realize that acting so disrespectfully will get you nowhere. That people will see you for who you really are — an ignorant, close-minded person.

As for my son, the bus is his favorite part of his day, and I’m not going to let people like you ruin that for him. There are so many little joys he has, and the bus is one of them. With everything he has going on in his life, he doesn’t need another person who doesn’t understand and makes his life worse. 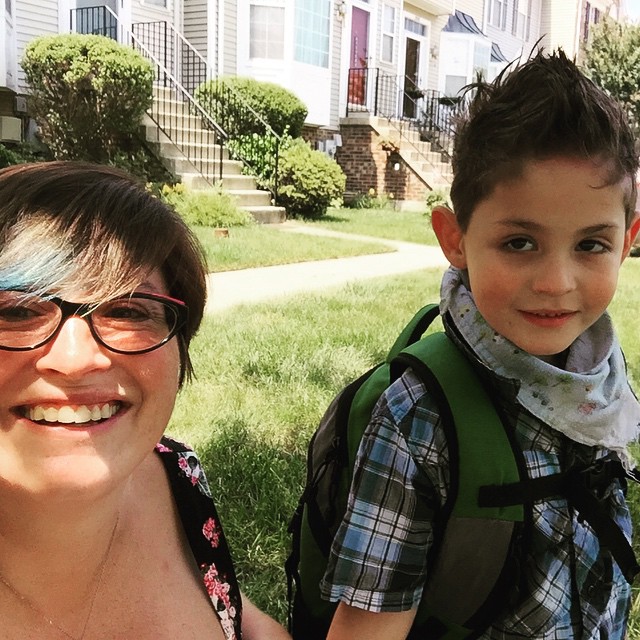