I was 32 years old when my husband, the love of my life, was diagnosed with cancer. I was 35 when our seven children and I (we’re a blended family) lost him. For the past six years, most of the conversations I have end with the other person telling me how sorry they are or they look at me with eyes full of pity.

Don’t get me wrong — it sucked. No part of watching the person you love most in the world suffer is easy. No part of holding the kids and telling them everything would be all right didn’t feel a little bit like a lie. But don’t pity us.

When I think about all of the people who have never had the love of a person as special as my Edward or children who had fathers who weren’t as kind, that’s when I feel pity. When I think of all the widows who didn’t get a chance to say goodbye to their husbands who died in far-off countries fighting for our freedom or close to home with a heart attack in a car accident, I wonder how much harder that would have been.

But the truth is, we all die. Don’t pity my family for learning early what we all will eventually learn: losing someone beloved is terrible. But we all will at some point. That’s life. It’s the blessing of having known someone so amazing that gives us the strength to go on. Cancer sucked. No doubt. But there are so many things in our lives we would never have known to be grateful for if we hadn’t walked it. Including each other. No, don’t pity us.

Edward’s sister started a company to help families going through end-of-life issues like we did. About a year after his death, I started working there, too. Now I can proudly say there are literally thousands of families out there who have benefited from what we went through, and we really feel like we make a difference in their lives.

My children have been through a lot, but they are stronger and kinder than they might otherwise be. We are a strange family, but one that every friend we know wishes they had. We call ourselves “The Tribe.” And we exclude no one. Edward’s ex-wife, mother of my stepchildren, comes over regularly for wine and gossip or just to check on us. Her daughter from a later marriage babysits my kids. They consider her their sister. We celebrate holidays together, we travel together, our large and ever-growing group really would die for one another. Maybe it seems strange to some, but Edward’s death has given us a perspective not many are blessed to have this early in their lives. So don’t pity us, we don’t need it. We are doing great.

But if you’re struggling, expect our help. Because that’s what death teaches you. Don’t let anyone suffer alone. 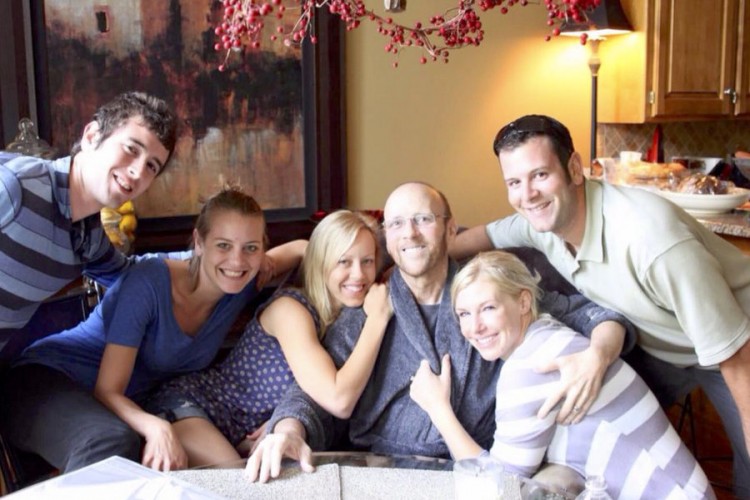