When a Stranger Suggested My Asthma Was All in My Head

I was at a friend’s graduation party when a family friend of hers who I had never met before asked me if I had been a “sheltered child.” I assumed he meant had I grown up with parents with conservative ideals so I said yes. “Ha!” he yelled, “That’s why you have asthma. Amish kids don’t get asthma because they’re outside all the time.” But before I could tell him I misunderstood his question and I had, in fact, been an outdoorsy kid, he said asthma was a mental problem and he had read about a mysterious “study” that supposedly stated Amish kids have lower rates of asthma than the general population.

This attitude has followed me my whole life, from the teachers who had no interest in helping me catch up when I missed school because I was sick to gym teachers who made me run until I blacked out to prove a point.

I’ve tried every medication there is. I’m on the most expensive and, apparently, most generally effective medication there is for adults with asthma like mine. And my asthma is still not what most people would probably deem “well controlled.” 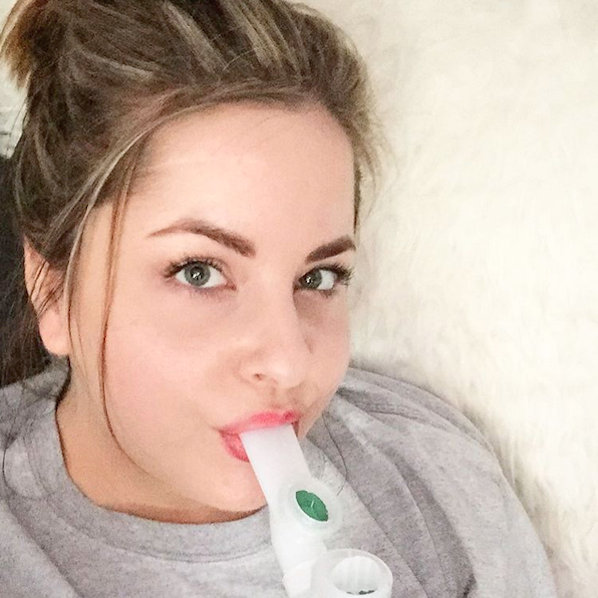 A lot of people do grow out of asthma, yes, but some people don’t. Your cousin’s asthma may not be the same as the kid next door’s asthma. It can affect people in different ways. And no, it’s not in my head. I didn’t make part of my left lung collapse when I was a 7-year-old kid mentally. My parents didn’t cause me to have it by sheltering me. And no stranger ever has the right to approach anyone with any illness and try to dictate their own story back to them, invalidate them or give them crackpot “advice” about a “magical cure” as if we don’t know anything about our illnesses.

After 27 years of living with a chronic illness that interferes with my daily life, I know the most valuable thing you can do for any sick person, regardless of what kind of illness or disability they have, is to listen and validate. To really hear what they’re saying and not to try to interject because some things you hear might scare you or make you uncomfortable. It’s the complete opposite of what most of us, at least me, have experienced our whole lives, but it’s a crucial step in tearing down this strange victim-blaming culture I’ve seen in the chronic illness world.

We’re all making the best out of what we’ve been given. It’s not all in our heads. It’s real and it can be scary. Trust me, I know. But acting like our symptoms and illnesses don’t exist isn’t helping anyone.