Dating in general is hard, but dating with chronic illnesses feels nearly impossible. I was in a longterm relationship and it came to an end mutually. We dated when I was going from diagnosis to diagnosis, and when we decided to call it quits, I felt lost. The one person I could always count on for support was, all of the sudden, gone. The person I had by my side for nearly two and a half years of fighting illnesses could no longer support me through everything. I didn’t know how to fight alone.

Breakups are hard in general, but having a breakup and having chronic illnesses is earth-shattering. On a scale from one to 10, I generally have pain level of eight every day without the emotional stress of a breakup. When my relationship ended, I went spiraling downward. My pain wasn’t only out of control physically — it was now mentally and emotionally out of control as well. How was I supposed to move on when every day I was in even more pain than usual? I wasn’t just grieving the breakup — I was grieving the fact that I didn’t know how to control my pain without him. I was grieving because I thought I had to fight these beasts alone.

The night it ended, fighting alone seemed impossible. I immediately tried to find new people to fill his space. My friends stepped up to the plate and supported me through the good days and the bad days. My family gave me strength, perseverance and love. The funny thing is, this wasn’t new at all. These people had been supporting me through it all and had also been there every step of the way. They came to the hospital to visit me, and they picked up my medication and listened when I had things I needed to get off of my chest. Even though the breakup sucked, I’m happy it happened because it showed me the support system I had all along. I was just so invested in one person, I didn’t realize it. 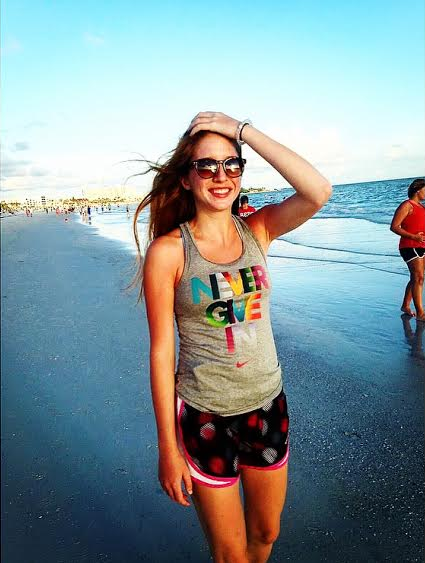 Now that we’re more than five months down the line from “D-day,” I’m in a good place. I’ve learned I’m even stronger than I ever imagined, and I’m more than capable of fighting this battle alone — well, with my family, friends and support group by my side, that is. Since then, I’ve also been featured on numerous news outlets, including Cincinnati.com and the Cincinnati Children’s blog. All of this helped me pull myself out of the rubble to realize how strong I am. Not only do I have my family and friends behind me, I have the city of Cincinnati aware of complex regional pain syndrome (CRPS). This is a huge feat for the CRPS community.

The thing that’s now in my face is…. dating. Dating in the first place scared me, but now dating with chronic illnesses frightens me even more. When are you supposed to say? “Oh hey, by the way, I have several chronic illnesses and they will never go away and I’ll be in pain the rest of my life.” Talking about my illnesses comes naturally. I’m not scared to talk about them, and I happily spread awareness for what means so much to me. It’s just going to come down to who’s going to happily accept me for who I am and wants to take on these battles with me. But no matter what happens, I know I’m not fighting this alone.

Months after going through this myself, here’s what I would tell someone with a chronic illness who’s going through a tough breakup. This is a completely different kind of pain than you are used to. It’s a heart-wrenching, drowning in your own tears kind of pain, but you are strong enough to move on. The next few days, weeks and months might be tough, but know that you are tougher. Know that you have so many people who are here for you, and reach out to them to build a support system. There’s nothing wrong with needing help and needing support to get through the tough days.

Know that you will experience a roller coaster of emotions, but it’s OK to cry and be angry. But know that you deserve to be happy, too. Know that, day by day, the pain will become a little less and you will begin to rebuild yourself. If you can fight chronic illness on a daily basis, you can surely get through this breakup. And one day a great guy or girl will come along, and you’ll realize all that pain was to help you meet the person of your dreams.

Today might suck, but tomorrow looks a little brighter. Hey, you have a 100 percent success rate of getting through every day so far, and that’s something to celebrate.