To the People Who've Never Heard of My Rare Disease

“And what was the cause of the kidney disease?”

“It’s rare. It’s called Senior-Løken syndrome (SLS). Both my parents were carriers of the gene. The odds were one in four, and my younger brother and I both beat those odds, born the youngest of four.”

Not the sort of odds anyone would ever actually want to beat.

Here I was, at another medical appointment, giving my history to the doctor. She had never met me and knew nothing about me. How much time did she have?

I was not surprised when she said SLS was unfamiliar to her. This is a common reaction from doctors who are supposed to know about medical conditions. But the syndrome that was the root cause of everything that has happened to my brother and me is not something taught in medical school.

So how can I be at all upset that doctors have never heard of it? How can I have an attitude about it, especially when there are thousands of rare diseases, just like mine, that are fighting for recognition, too?

It’s like my name, which people never get the spelling right on. I could be Carrie, or Keri, but instead I am Kerry. People never guess that last one, but can I blame them?

I am not offended when people say a certain thing to me about my condition. I am just happy if they ask at all, if they know to ask in the first place. I was a teenager when my younger brother and I were diagnosed, by a team of geneticists, with SLS. We had both been blind since birth, but once I turned 12 and the kidney failure was discovered, treated and added to the list of conditions, the syndrome was confirmed.

As a 16-year-old, I was depressed and in chronic pain after two spinal surgeries for the third condition added: scoliosis. I was afraid I wouldn’t make it to adulthood. I didn’t at all expect I would live a full, long life like everyone else, like my parents, two older siblings and friends. Sure, this was likely an over-reaction, but aren’t teenagers often over-dramatic? It was a phase and I grew up, but the fear and the uncertainty linger to this day.

I am now in my 30s and I still wonder what my future holds. If a syndrome is so rare, as rare as SLS is, how does anyone truly know what else might happen? Of course, as I am now older, I tell myself that that’s life and there are no guarantees for any of us. This soothes me somewhat, but a question mark still hangs over me and my brother. How much time do we have? What quality of life will we be lucky to have, and for how long yet?

He has his issues and so do I, really. A lot of these seem neurological in nature but aren’t bad enough to warrant immediate attention most of the time. They are things that are chronic. They go on and on. Sometimes you’re left to feel like a hypochondriac. You don’t wish to continually talk these worries to death, because really, what’s the point? I go back and forth. One day I want to hide out and remain in my little bubble, convincing myself I am like everyone else, and the next I want to scream out loud, in fear of never knowing, never even being heard.

There are, as I say, so many other people dealing with conditions and syndromes everywhere. A day like Rare Disease Day, held on February 29, is a day to talk about it. It’s not the time to be silent and to be content to live, faded, in the background, as I so often feel I am living the rest of the year. So I want to talk about my rare disease, the syndrome that affects not only myself, but my amazing younger brother too, because I worry about him, often more than I do myself. Will he live a happy and healthy life here on out? Or is he destined to face unexpected, uncommon and hidden monster medical conditions in the years to come?

And so, how can more awareness happen? I can write. That I can do. The question is, is anyone there to hear these words? I hope someone, somewhere can hear me. I am the only one I can control, and I can speak up, for myself and for my brother too. I can speak up for so many out there living with conditions and diseases most people never would hear of otherwise.

So, on February 29, Rare Disease Day 2016, take a moment to read up and learn about a rare disease someone, somewhere is living with right now, because we, the ones living with these things, need to feel like we’re being acknowledged. We live with so much uncertainty every day, and all we ask is that the conversation does not fade away completely. We need to carry the torch of awareness.

Thank you for listening.

One woman living with a rare disease 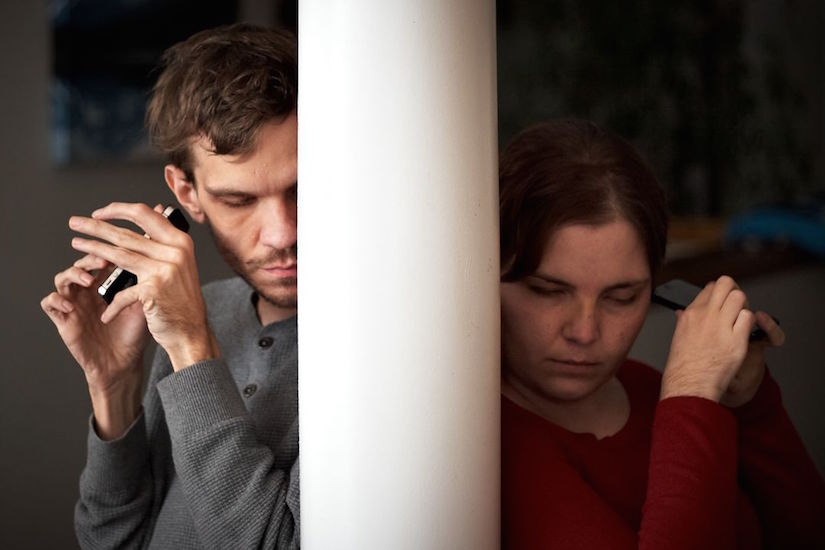 The Mighty is asking the following: Write a letter to anyone you wish had a better understanding of your experience with disability, disease or mental illness. If you’d like to participate, please send a blog post to [email protected] Please include a photo for the piece, a photo of yourself and 1-2 sentence bio. Check out our Submit a Story page for more about our submission guidelines.