In 2016, an advisory panel to the U.S. Food and Drug Administration (FDA) voted against approving Sarepta Therapeutics’s latest drug, eteplirsen, to treat Duchenne muscular dystrophy. But in a win for the rare disease community, the FDA approved eteplirsen anyway, causing a major upheaval at the FDA. On Dec. 12, 2019, Sarepta received another accelerated approval for a Duchenne drug, but it wasn’t without its own controversy.

Eteplirsen (brand name Exondys 51) is the first drug for Duchenne, a rare, progressive disease affecting mostly boys. Classified as a type of muscular dystrophy, it affects one in 3,600 and commonly results in premature death by the time patients reach their 20s and 30s. In 2016, FDA reviewers voted against eteplirsen’s approval because of the clinical trial’s data and the lack of controls used in the study, which included 12 patients. Eteplirsen attempts to correct the genetic mutation that prevents the patient from making dystrophin, a structural protein in the muscle. The FDA questioned whether the amount of dystrophin patients were able to make was significant enough to be beneficial.

Parents and patients filled the panel’s room during the advisory panel hearing, giving testimonies about the significance of these results and the impact the drug has had on their lives. According to the New York Times, Austin LeClaire, a participant in the study, said to the panelists, “I’m not only not getting worse, I’m getting better.” After using the drug, he is able to raise his arm above his head and feed himself more easily. “It’s time to listen to the real experts,” he said.

Patients, families and advocates in the Duchenne and rare disease community were devastated over the panel’s decision. Approximately 7,000 rare diseases exist, and only 5% of them have any treatment. It is often a struggle for patients and families to obtain a clinical trial for their disease. Global Genes, a rare disease patient advocacy group, collected responses to a CBS video from the rare disease community.

“FDA officials speak publicly about the importance of patient input, so I would like to see them listen to the Duchenne community and approve this treatment. Let Duchenne patients and their doctors look at the data and decide whether to take the medicine. The disease is fatal, so give them a chance at a better quality of life, as well as a longer life,” said Stephanie Fischer, an active patient advocate.

Candace Lerman, an advocate in the rare disease space also commented, saying, “The FDA is consumed by the desire for data to analyze that is equivalent to what they would receive for mass-market drugs, something that is simply impossible in the rare disease space. In addition, the FDA dismissed the true effectiveness of the drug which was manifested in the testimonies of several young men who have been receiving the drug and have remained able to complete certain tasks, and in some cases regain abilities once lost.”

Despite the objections of the FDA’s advisory panel, eteplirsen was approved. However, eteplirsen is only helpful for the 13% of Duchenne patients with a particular dystrophin gene mutation related to exon 51. So in 2019, Sarepta Therapeutics applied for approval for a second drug to treat Duchenne muscular dystrophy, this time for the 8% of patients whose gene mutation is related to exon 53 to give more people with Duchenne a treatment option.

The new injectable drug, golodirsen (Vyondys 53), was initially rejected by the FDA in August 2019 because of an infection risk around infusion ports and concerns about kidney toxicity based on animal studies, according to STAT. A Sarepta press release indicated the company filed an appeal with the FDA, resolving enough concerns to receive accelerated approval in December. The FDA said golodirsen demonstrated an increase in dystrophin production that will likely lead to symptom improvement, though additional research is needed for both of Sarepta’s Duchenne drugs.

Golodirsen will be available for Duchenne patients immediately and will be priced similarly to eteplirsen, which ranges from $300,000 to $1 million out-of-pocket. Billy Dunn, MD, acting director of the Office of Neuroscience in the FDA’s Center for Drug Evaluation and Research, said in a statement golodirsen’s approval is another step toward improving treatment options for those in the rare disease community:

The FDA recognizes the urgent need for new medical treatments for serious neurological disorders and we have a long-standing commitment to working with researchers, drug companies and patients to facilitate the development and approval of treatments for rare diseases. … Use of the accelerated approval pathway will make Vyondys 53 available to patients based on initial data and we look forward to learning more about the drug’s clinical benefit from the ongoing confirmatory clinical trial.

Share
or  Copy Link
Link copied to clipboard.
Be first
901 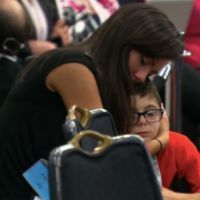