Postpartum Depression Is Not Just the 'Blues,' and Other Things Everyone Should Know

I consider it one of my life’s missions to begin an open conversation about postpartum depression (PPD) that will help to break the stigma surrounding it.

Lately, several celebrities like Hayden Panettiere have begun publicly speaking about their PPD. It’s such a breath of fresh air to hear of other women’s struggles, and I commend them for their bravery and vulnerability. Just by sharing their stories, they’ll give hope to other moms who are suffering.

But during my own experiences with postpartum depression, I felt completely alone.

This wasn’t a result of not having loving friends and family who supported me, but because I knew literally zero other women who had been through serious PPD. This meant to me, in my less-than-rational state of mind, I must be the only one in the world who ever felt, thought or behaved the way I did.

Right before I began medication during my second round of PPD, I finally learned another close friend had experienced depression for some time after the birth of her first child. We talked briefly about it for 10 minutes over the phone, and then didn’t speak of it much again.

And that’s just the nature of the beast.

Depression, especially when it revolves around something so beautiful as the birth and care of a baby, is hard to talk about.

We don’t want to be labeled as someone with a mental illness. We don’t want to be thought of as a weak or incapable mother. We’re in a dark and sometimes ugly place, and it’s excruciatingly painful and embarrassing to bare our souls — so we do everything we can to smile and pretend there’s nothing wrong. The bottom line is we just don’t talk about it.

PPD is also so hard to even ask about.

Even if someone has reason to believe her friend is suffering from postpartum depression or another maternal mental illness, it takes more than a little guts to bring up such a sensitive subject. “What do I say?” “What if I’m wrong?” “What if she’s offended?”

But what if you’re right, and what if she’s alone?

It’s vital — and I don’t say this lightly — we begin the conversation.

In the spirit of beginning the conversation, here are five things I want everyone to know about postpartum depression.

The “baby blues” are a common experience after childbirth, affecting up to 80 percent of new moms. Symptoms of mood swings, tearfulness, irritability and anxiousness usually begin three to four days after childbirth, and end within 2 weeks.

While PPD and “baby blues” share some of the same symptoms, they are not the same thing. PPD can begin anytime within in the first year after childbirth, and symptoms last more than two weeks. PPD is much more serious than the “baby blues.”

2. Fifteen to 25 percent of women experience either major or minor depression after giving birth.

PPD is not just a freak happening that plagues an isolated few, it’s a real biological disease which affects a lot of women. There’s a good chance you are one of them, or you know one of them.

Untreated depression, which untreated postpartum depression is a part of, is the number one cause of suicide. Get educated so you can help yourself or your loved ones.

Postpartum depression, along with other maternal mental health disorders, is a complex illness affecting both the mind and the body; it’s not a mood that can be “switched off” by sheer willpower.

So if you’re suffering from PPD, stop demanding this of yourself. And if your loved one has PPD, don’t expect this of her. Instead, speak to a doctor about options to help yourself or your loved one to overcome PPD.

4. Some cultures have virtually no cases of postpartum disorders.

This is astounding. How do they do it?

According to this enlightening article, scientists researched the postpartum health and habits of women in several non-industrialized countries and found each culture has five specific protective social practices during the postpartum phase:

And what about in American culture? The emphasis really falls on the pregnant mother — there are prenatal classes, lactation classes, baby showers, gender reveal parties and much general excitement over the coming of the new baby.

The new mom is expected to get it together and get back in the swing of life.

This is unnatural at best, and at worst, it can be extremely detrimental to the new mama, and by extension, her family.

It’s time to reevaluate the postpartum phase in American culture.

5. You can still be a good wife and mama even with PPD.

If you have a loved one with PPD, consider it your mission to do what you can to help her be the wife and mother she longs to be.

Give her grace when she’s difficult to deal with, offer to help with meals, housework and babysitting. Affirm her beauty and worth, assure her she is no less of a wife and mother if she can’t do it all right now.

To those who are suffering from PPD now — trust me, you are still a good wife and mama.

Did you pull yourself out of bed to make breakfast for the kids, even if it’s a fruit snack and a hot dog from yesterday? Did you change another diaper? Did you read another story? Did you whisper “I love you,” even when you didn’t feel it at all?

Are you here today?

Then you’re a good wife and mama.

This dark time will not last forever, but while you’re in the middle of it, sometimes just showing up makes you a hero.

And if you can, take it a step further. Once you acknowledge you have PPD, you’re already on the path to a better life again. Make sure to reach out for help, you don’t have to do it alone.

We weren’t made to do it all alone.

The Mighty is asking the following: Tell us a story about a time you encountered a commonly held misconception about your disability, disease, or mental illness. How did you react, and what do you want to tell people who hold this misconception? Check out our Submit a Story page for more about our submission guidelines. 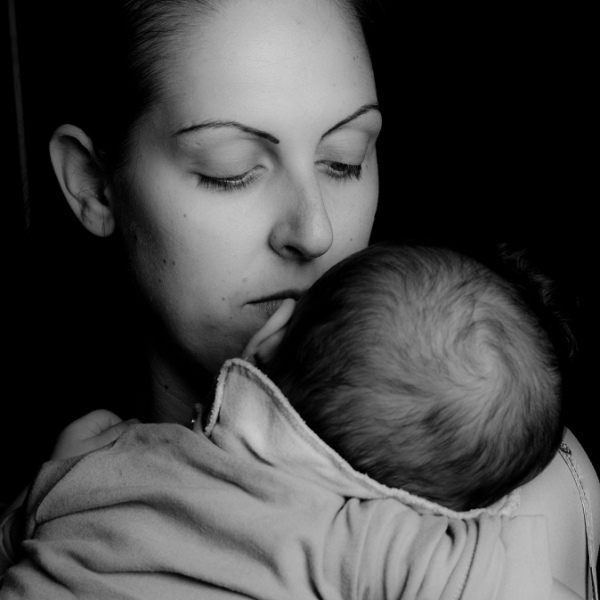