Psychosis Isn't Shameful, It's a Symptom

Psychosis can be a component of bipolar disorder (and other illnesses), but it is not addressed as often as other symptoms of mania or depression. Due to the nature of the symptoms of psychosis, discussion of this topic may be discouraged due to fear of judgment or ridicule. Often those who experience psychosis are viewed in a negative light, but psychosis is a symptom of a disease — just as pain is a symptom of a heart attack. By keeping this symptom tucked away in the dark, or maintaining the negativity towards psychosis, the stigma surrounding it festers and intensifies.

Psychosis looks different for each person who experiences it. Some may hear voices or sounds that are not real, while others may have bouts of extreme paranoia and believe someone is out to get them. According to the National Alliance on Mental Illness, the two major symptoms of psychosis are hallucinations and delusions. Hallucinations can involve seeing, hearing, smelling or feeling things that aren’t there. You may hear voices, feel something touching you or see a visual manifestation of something that isn’t real. Delusions are beliefs that are not true and are often irrational. Psychosis is common in mania, but it can also happen during depressive episodes.

I have experienced psychosis in both mania and depression. When I was younger, undiagnosed and lacked insight into my symptoms, my hallucinations were incredibly frightening and grew out of control. I would hear screams, scratching and other disturbing sounds. As an adult I have been able to manage them better by doing all I can to stabilize my mood and maintain balance. Medication is helpful with limiting the number of psychotic episodes, or lessening the severity of it. As long as I take my medication as prescribed, I’ve experienced good results. When I’m not in the most extreme level of mania or depression, insight into my symptoms remains somewhat intact because I’ve learned what the symptoms are and how to look for them. I still have bouts where I lack insight, but for the most part I have managed to control the degree to which I experience psychosis by paying closer attention to my symptoms on a daily basis.

Escalation of hallucinations can depend on the type — such as auditory or visual — and how irrational they are. With auditory hallucinations, when it is apparent it is not real (such as hearing a voice in the same room when I know I am home alone), and I’m still thinking clearly, I do not respond. Usually this stops the hallucination from continuing. In the past, I’ve gotten caught up in the situation which makes it worse. This may not work for everyone, but I have found ignoring the hallucination to be beneficial.

I still have episodes of full-blown psychosis at times, but I try to keep myself grounded and attempt to remember what can or cannot be real. Still, sometimes these symptoms seem realistic and that makes differentiating between hallucinations and reality more complicated. It is important to extend some grace towards yourself. Perfection is impossible.

Delusions can be harder to fight. Your entire thinking changes and supports the delusion. It compounds inside your head and spins out of control quickly. If I start to have false beliefs where there is even a hint of doubt that it is true, I talk about it with someone I trust in order to get an outside perspective. This helps me to sort out when I’m having delusions or when I’m being rational. Hoarding that information and entertaining those thoughts only makes it worse.

Psychosis is just another part of the disease, and it can be controlled, just like other symptoms of bipolar disorder. For me, medication and lifestyle changes help to control mood, which also controls episodes of psychosis. Some examples of lifestyle changes I implemented include getting adequate sleep, keeping a schedule, avoiding substances and taking my medication as prescribed. I also avoid forms of entertainment that may trigger hallucinations, such as depictions of graphic violence. I do all I can to avoid stress such as not overloading myself and I keep track of my symptoms so that if possible I can see an episode coming.

There is a tendency to glamorize mental illness in films and television, and psychosis is no exception. To experience a psychotic episode is not artistic, glamorous or fun. It is emotionally draining and can be horribly frightening, depending on how it manifests.

Perhaps we will reach a point where discussion of psychosis isn’t taboo or shameful. While it is poorly understood by much of society, maybe continued awareness of bipolar disorder and all of its symptoms will lessen the stigma associated with psychosis.

The Mighty is asking its readers the following: What’s one secret about you or your loved one’s disability and/or disease that no one talks about? Check out our Submit a Story page for more about our submission guidelines.
Share
or  Copy Link
Link copied to clipboard.
7
3.1K 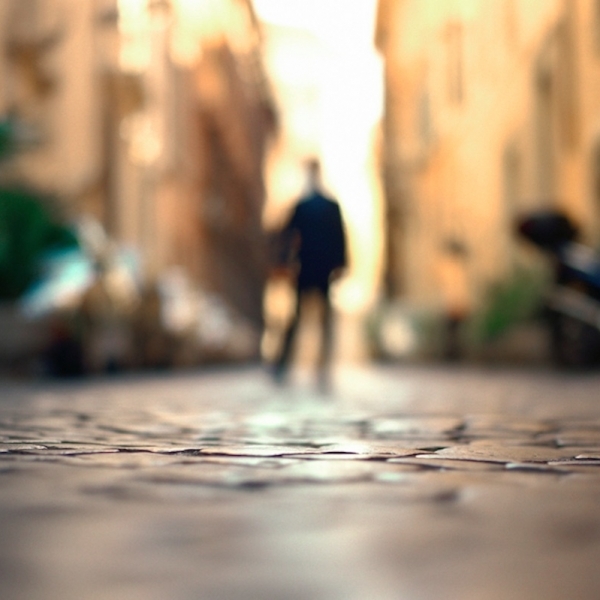